Accessibility links
'Suburgatory': A Couple Of Fish Out Of Water On One Of Fall's Better Comedies ABC's Suburgatory seems like a cardboard cutout show about how the city is cooler than the suburbs. But at its heart is a well-articulated relationship between a loving dad and his wary daughter.

'Suburgatory': A Couple Of Fish Out Of Water On One Of Fall's Better Comedies

'Suburgatory': A Couple Of Fish Out Of Water On One Of Fall's Better Comedies 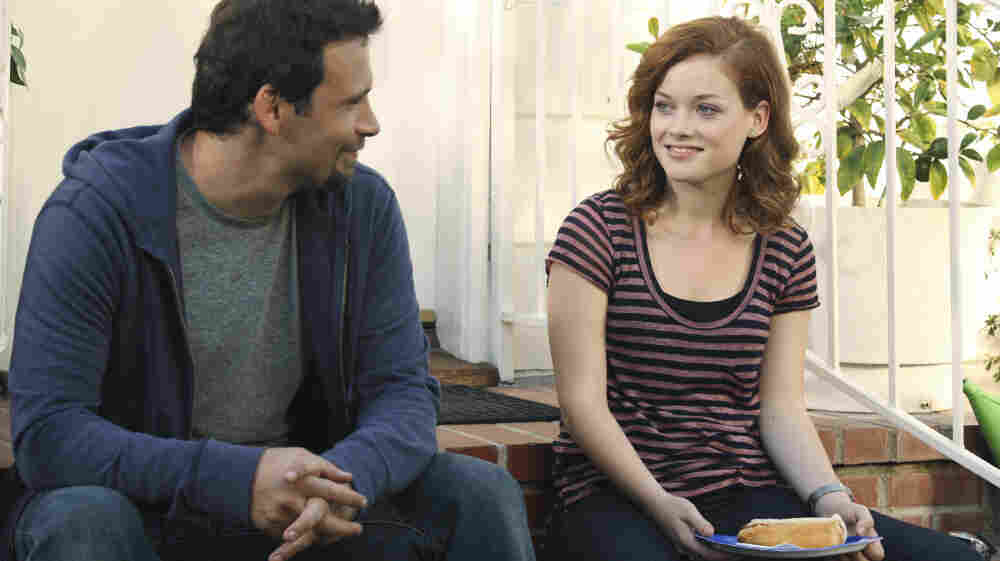 Suburgatory is a tricky show. It has a very stylized, cartoonish look to it — the suburbs look almost like they did in Edward Scissorhands. The title makes it seem like it's all going to be a big hatchet job on the suburbs, particularly when you know that it concerns a man (Jeremy Sisto) who takes his daughter (Jane Levy) out of Manhattan after concluding that she's growing up too fast.

It's true that the suburbs of this show are an exaggerated picture of sameness, and that the rich women dressed in pink and the husbands who mostly ignore them are caricatures. They're funny caricatures, though, drawn with some wit, and the relationship between Sisto and Levy is so appealing that it doesn't ultimately come across as mean so much as lovingly barbed. And if you have to have a caricature of a goofy, over-the-top mom, you might as well get Cheryl Hines to play her.

When Tessa (Levy) and her dad George (Sisto) come to their new home and lawn — Tessa's mother apparently left a long time ago — Tessa is deeply skeptical, while George is immediately nervous about the fact that all the women in the neighborhood seem to simultaneously notice that he's single. The early stuff is uneven in comedy terms, and it relies a little too much on the same jokes (like Tessa being teased by the judgmental suburban types for allegedly dressing like a lesbian).

The more I describe the show, the stupider I feel like it sounds, but it really is rescued by the central performances. Sisto plays George not as a bad or hapless father, but as a father who's very worried that he's somehow not equipped to parent Tessa now that she's a teenager. He wonders whether she misses something because she doesn't have a mother in her life, and while he knows she loves him (if anything, she wants the two of them to just rely on each other), he frets. Tessa, meanwhile, is trapped between caring and not caring about the fact that she's a complete fish out of water at her new school — is it worth it to try to make friends? Is it like trying to talk to Martians?

Suburgatory is also probably the only fall comedy with so much visual style. In a few sequences, including Tessa's tour of the school from her counselor-assigned "buddy," the direction takes advantage of the single-camera format in a way that goes beyond just avoiding a laugh track or adding documentary talking heads. There are shots composed with more intent than is common in half-hour comedies, and the costumes and sets have also been chosen with a good deal of flair. (They do a great job finding an outfit that makes Tessa look ridiculous and another girl from her school look perfectly at home, even though they're dressed identically.)

There are more smarts in this show than its premise (oddly reminiscent as it is of Who's The Boss?) might suggest. Two rock-solid central performances can take a solid comedy a very long way, and Suburgatory winds up as one of the strongest pilots of the fall.