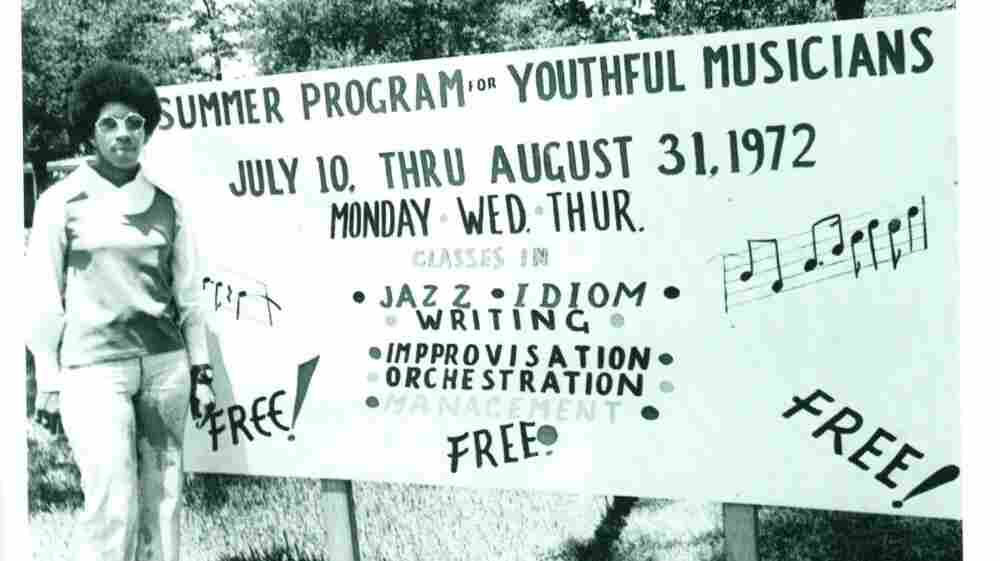 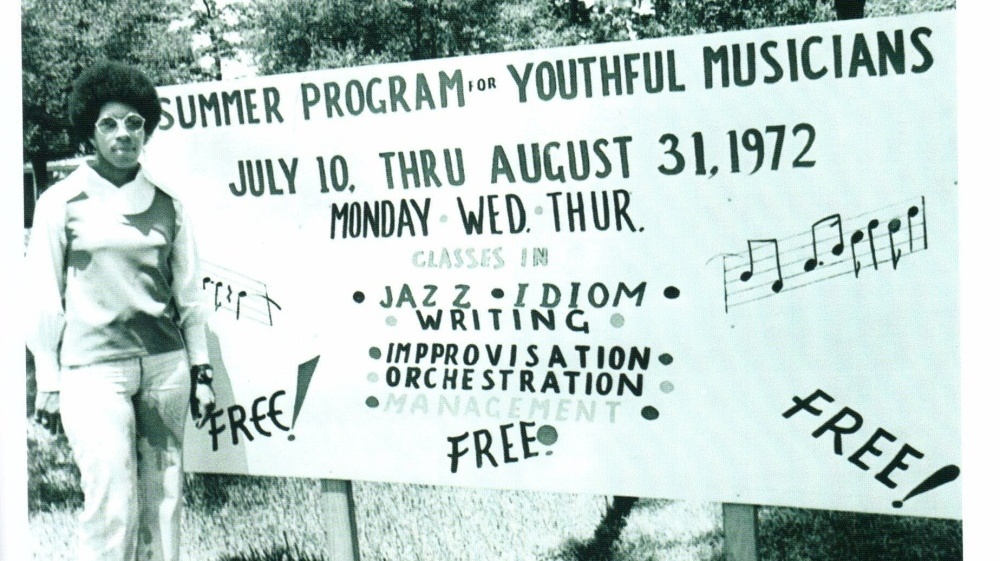 A sign for Bubbha Thomas' free jazz classes, taken in 1972.

I discovered the Houston jazz drummer Bubbha Thomas' albums around the same time I discovered those of the Kashmere High School Stage Band. Thirteen years ago, friends in the Space City — knowing I would pony up a wealth of breaks and beats if they could offer local LPs or 45s in trade — mailed me copies of Kashmere's Out of Gas (But Still Burning) and Energy Control Center, a record made by Thomas' group, The Lightmen Plus One. I can still access the audio imprint that those records burned in my mind. The Kashmere album contained everything I loved about unbridled funk; Energy Control Center held everything I loved about jazz's limitless expression.

It wasn't long until I contacted Thomas to buy some of the records I didn't own, and to interview him for a radio show I hosted on Vanderbilt University's radio station, the now-defunct WRVU. It was then that I learned of his label, called Lightin' Records, and of 45s so rare that copies had never surfaced in the collecting community.

The most interesting 45s that I purchased from Thomas were two with "Not for Sale" stamps on them. A demonstration record is the rarest of the rare, and I hoped that these two 45s — credited to an ensemble with the unwieldy name of Musicians From the Summer Program for Youthful Musicians — would be as good as their titles ("Jazz O.D.," "Brougham") promised. They were. I begged Thomas to tell me more.

Thomas told me that, although his band had produced some fine talent (notably a fledgling Ronnie Laws) who left Houston for the jazz metropolises of New York and Los Angeles, he could never desert the city that reared him. Instead, he decided to educate. His greatest gift to the city of Houston is the program — celebrating its 40th anniversary this year — that produced those two 45s. Thomas had founded the Summer Jazz Workshop because of troubles he'd encountered in college.

"When I went to college, I didn't have any knowledge of music theory," he said. "I could read from sheets and stuff like that, but it was a struggle, 'cause I was behind most of the kids that were in my class. So I decided that I would do something about it."

He couldn't have formed his workshop at a more opportune time. In the early 1970s, Houston's high-school stage bands were at their peak: The Kashmere Stage Band would win "Best High School Stage Band in the Nation" in 1972. During the summer months, a mix of middle school, high school and a smattering of college students honed their chops under the instruction of The Lightmen and respected educators like the Kashmere Stage Band's late bandleader, Conrad O. Johnson. The workshop consisted of instruction, performance and a business course in releasing records.

"We'd go on field trips to see how records were made," Thomas said. "We tried to take the kids through the whole process — writing the songs, selecting the right personnel and then going ahead to record."

Thomas released a total of eight 45s by Musicians From the Summer Program for Youthful Musicians throughout the '70s on Lightin', and I've collected my favorites here.

Hauntingly good "spiritual" jazz, "Brougham" sounds as if it could be outtake from a lost Marcus Belgrave session for Tribe Records. That jazz this deep could have been recorded by teenagers on summer break — and then lost for years — is perplexing. The same could be said of all of the records Thomas released, many of which didn't sell far beyond the confines of Houston's city limits and all of which are rare — and good. The copies that Thomas put into circulation beginning in the late '90s led to a renaissance for a man who always gave back to Houston's jazz scene, and is now finally seeing some respect given back to him.

"Country Fried Chicken," like many of the tunes that Thomas recorded with The Lightmen, sprung from a Texas Southern University Lab Band member. But Horace Young III, who composed and arranged a series of tunes on the TSU's 3rd Ward Vibration Society album, didn't compose the song while attending college — he penned it as a participant in the Summer Jazz Workshop in 1974. Thomas was so taken with the song that, in 1976, he built his funkiest album to date around it.

A recent rediscovery from the seventh Musicians From the Summer Program for Youthful Musicians release, "Hard Times" sounds as if it could have sprung from a Cadet Records-era Ramsey Lewis album. After a rough start — the band's brass section didn't tune up under Conrad O. Johnson's famous ears — the rhythm section falls into a solid groove, anchored by an unknown bass player who was obviously inspired by Gerald Calhoun, one of the Kashmere Stage Band's fast-fingered legends.

The first Musicians From the Summer Program for Youthful Musicians song to receive worldwide acclaim, "Jazz O.D." was bootlegged on one of the notorious Soul Patrol comps in the late '90s. It has remained out of reach to most collectors because, like every 45 released as part of the Summer Jazz Workshop, Thomas pressed only a few dozen copies to sell to participants and their parents. That's a shame, as this sprightly number stands alongside the best school-band funk to originate from Houston.

Born in Houston's fourth ward, Thomas attended Booker T. Washington Senior High School, where he served as a captain of the school band's drum section under the direction of Conrad O. Johnson. In 1976, Thomas granted his mentor a favor and released a 45 by a group of students that had recently graduated the Kashmere Stage Band. "Cold Fire had recorded with Kashmere and they were gigging. They had the initiative to put out another record," Thomas said. "I figured I can help the kids, so why not?" "Get It Together," an uptempo funk number in the vein of the band's Kashmere-released "Kash Register," is the result.