Accessibility links
Movie Review - '50/50' - A Pill Of A Hero Ups The Odds In A Cancer Comedy In 50/50, Joseph Gordon-Levitt plays a 27-year-old diagnosed with a rare form of cancer — and his character is allowed to be just irritable enough to make the inevitable sugar go down easy. (Recommended) 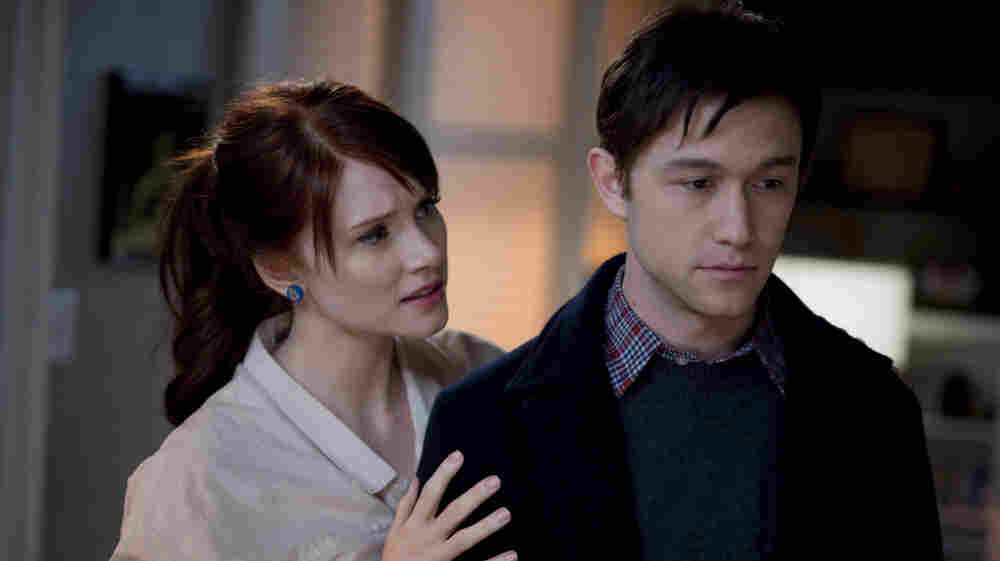 Comfort And Joyless: Rachael (Bryce Dallas Howard) meets the news of a cancer diagnosis for her boyfriend, Adam (Joseph Gordon-Levitt), with fortitude — at least for a few minutes. Chris Helcermanas-Benge/Summit Entertainment hide caption

Rated R; language, sexual situations and some drug use

'You're Making A Big, Big Mistake'

What would you say the chances are of a cancer-sucks comedy succeeding at the box office? 50/50?

Suppose it starred indie heartthrob Joseph Gordon-Levitt as the guy diagnosed with cancer — and Up in the Air's perky Anna Kendrick as his inexperienced counselor. Would that make it more appealing?

Throw in Seth Rogen as the faintly obnoxious but wisecracking best friend. More, or less?

I ask because 50/50 — the movie, not the odds of success — is likely to strike many people as enormously appealing once they've seen it, but substantially less so beforehand. And for anyone feeling affirmatively about it, the question arises as to what might conceivably put butts in seats. It's sort of a given that The Big C won't.

50/50 features Gordon-Levitt as Adam, a 27-year-old producer for Seattle Public Radio (that's definitely appealing, no?) who in the film's early moments is told he has a rare form of spinal cancer and has a roughly even chance of surviving. He confides this to best buddy Kyle (Rogen) who's initially panicked, but knows he should buck up his friend and seizes on the probability of survival.

Adam, who's the sort of guy who waits patiently at Don't Walk signs and doesn't drive because auto accidents are the fifth-leading cause of death in the U.S., is so blindsided by his diagnosis that he's perfectly willing to be led in upbeat directions. He nods his acquiescence to Kyle's assessment, and tries to get on with a life that will now involve chemo, hair loss and plenty of hash brownies. 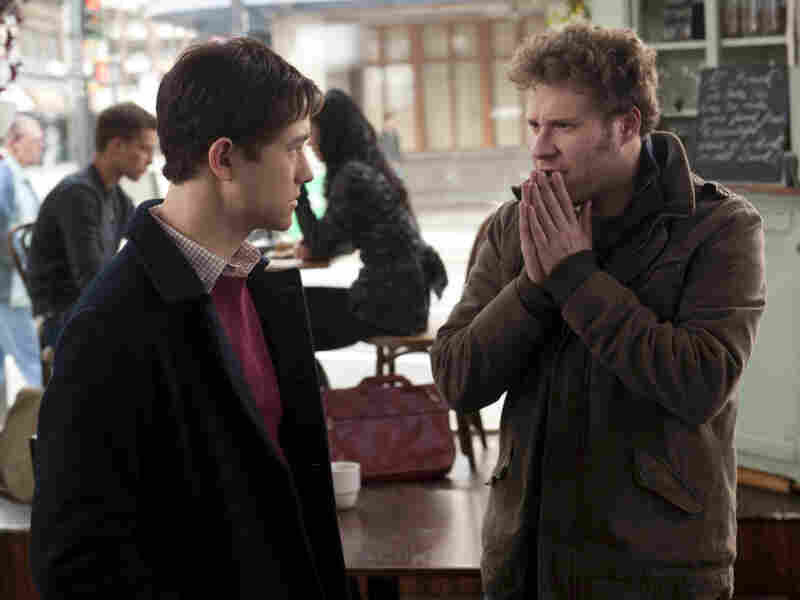 Shock And Aw-Shucks: Adam's best friend, Kyle (Seth Rogen), bucks him up with black comedy — and a trip to the bar to troll for babes. Chris Helcermanas-Benge/Summit Entertainment hide caption 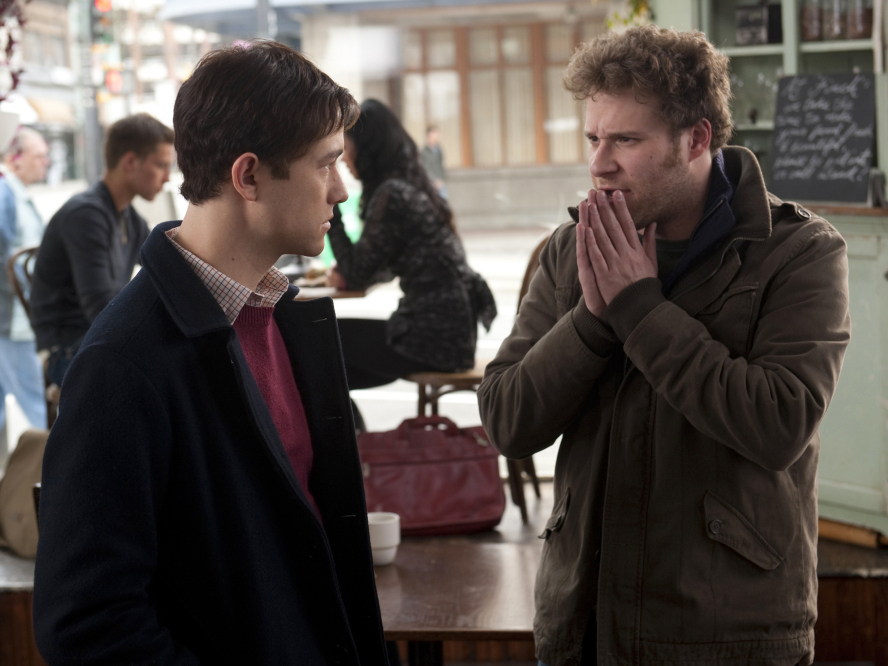 Shock And Aw-Shucks: Adam's best friend, Kyle (Seth Rogen), bucks him up with black comedy — and a trip to the bar to troll for babes.

Kyle, meanwhile, seizes on secondary probabilities: Whether Adam's fair-weather girlfriend (Bryce Dallas Howard) last two weeks once she knows about his illness? Whether telling bar babes that Adam has cancer will be a good pick-up line for either of them? Whether ... well, you get the drift.

Sitcom-ish, sure, but with more than a germ of plausibility, not least because 50/50 was based by screenwriter Will Reiser on his own early-20s diagnosis with spinal cancer, which he received while working with Rogen, who was a writer on TV's Da Ali G Show. In interviews, both speak of how the diagnosis affected their relationship, and in the film, they've turned the awkwardness between Adam and Kyle into an effective hook. It's not really what drives the movie, but it earns audience buy-in, after which Gordon-Levitt can do his impressively nuanced thing, walking an emotional tightrope in a film that initially seems too interested in laughs to be all that concerned with delicacy.

In fact, at first you'll worry that the film's entire support-group dynamic will get skewed by Rogen's noisily outsized performance. But it turns out there's still room at the story's edges for Adam's needy, self-dramatizing mom (a terrific if underused Anjelica Huston) who wants to move in with her son, and who finds other ways to make his problems her problems when he says no to that.

Also room for hospital therapist Katherine (Kendrick, appealingly awkward), who realizes that she's developing a crush on her patient — Adam is only her third case, and she hasn't yet figured out how not to sound scripted — at about the moment he shifts from acquiescence to anger and starts to become a bit of a jerk.

It's this entirely realistic if dramatically unorthodox twist that finally puts vinegar in a story that's been threatening to go all treacly on director Jonathan (The Wackness) Levine. Where most disease-of-the-week tales end up giving their sickly characters a saintly glow, this one realizes that the smarter tack is to keep him human — letting him bristle with cynicism and lash out as his support group concentrates on his inner sweetheart.

In other hands, Adam might well be hard to take. But as the comedy in 50/50 turns darker, Gordon-Levitt, who's maybe the most natural, least affected actor of his generation, makes prickly plenty engaging.

What were the odds? (Recommended)