Accessibility links
A Singular Talent, In A Romance Done By 'Number' Funnywoman Anna Faris is Ally Darling, looking for answers about why she's burned through so many men without finding the marrying kind. The actress's all-out, offbeat tomfoolery helps add spark to an otherwise ordinary hard-R comedy.

A Singular Talent, In A Romance Done By 'Number'

A Singular Talent, In A Romance Done By 'Number' 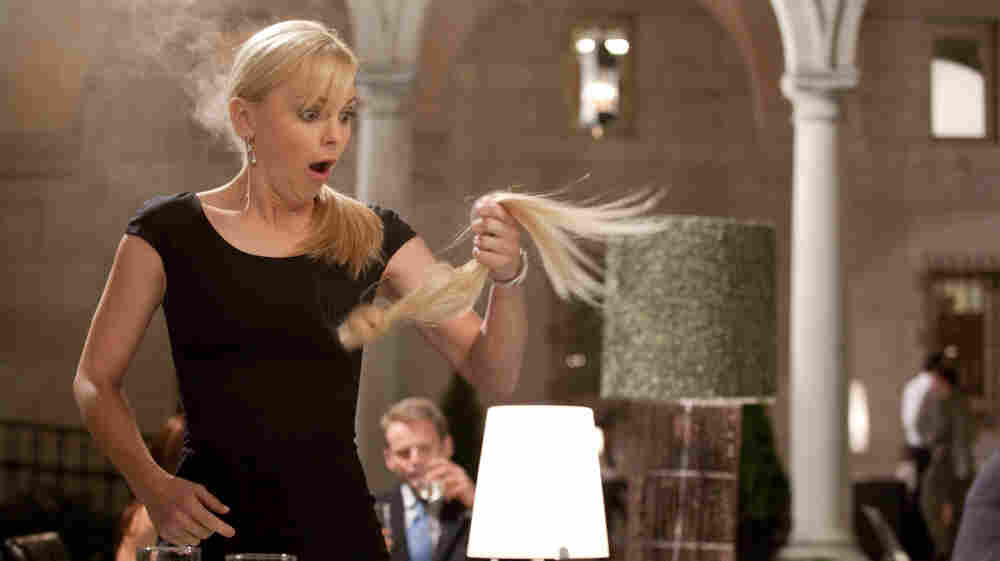 Hair-don't: Anna Faris is on fire in What's Your Number? -- even if the material is mostly damp squib. Claire Folger/Fox hide caption

From 'What's Your Number?' - 'The Proclamation'

Fifty years from now, film scholars will wonder how Anna Faris, one of the most gifted screen comediennes of her generation, appeared in some of the worst comedies of her generation. Some of it could be written off to poor judgment, a career that started in the Scary Movie spoofs and has never quite left the show-business basement, no matter how routinely Faris' talent transcends it. And some of it might be owed to modern Hollywood's inability to accommodate funny women, especially in romantic comedies, where they're often reduced to an indulgent audience for funny men.

The sputtering new Faris vehicle, What's Your Number?, suggests a third reason her career hasn't taken off: She may be too unique a talent to accommodate. With her unabashed, anything-for-a-laugh attitude, and her eagerness to take pratfalls and embarrass herself, Faris has frequently been likened to Lucille Ball, but she's never had an I Love Lucy — a perfect vessel for her offbeat tomfoolery. The little-seen stoner comedy Smiley Face came closest, allowing her to drift riotously on a weed-fueled reverie, and minor turns in indies like May and Lost in Translation offer tart little bites.

As the center of a raunchy but typically gimmicky and formulaic rom-com like What's Your Number?, Faris continues to be the square peg jammed in a round hole. She's too much of a goofball to play the wayward single gal looking for Mr. Right, and you sense she can barely keep her moony eyes from rolling whenever the comedy stops and the sincerity takes over. Director Mark Mylod and his screenwriters, Gabrielle Allan and Jennifer Crittenden, do their best to fashion the material to her brassy vulgarity, but it's an ill-fitting dress, and she itches and yanks on it most of the way through.

Faris plays Ally, a marketing drone who pores over lifestyle and fashion magazines, looking for answers about why she's burned through so many men without finding the marrying kind. When she loses her job in the middle of preparing for her sister's wedding, Ally feels pressured to sort out her life, and her desperation leads her to ponder a Marie Claire survey stating that the average woman takes 10 lovers in her lifetime — a figure Ally has doubled with nothing to show for it. After encountering an ex at a shop and marveling at how much he'd changed, Ally resolves to track down her past boyfriends and see if she's missed out on someone great. 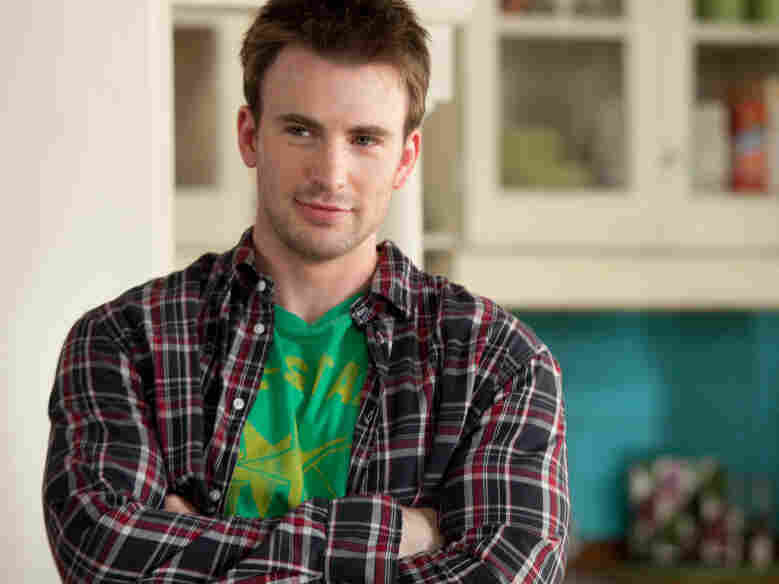 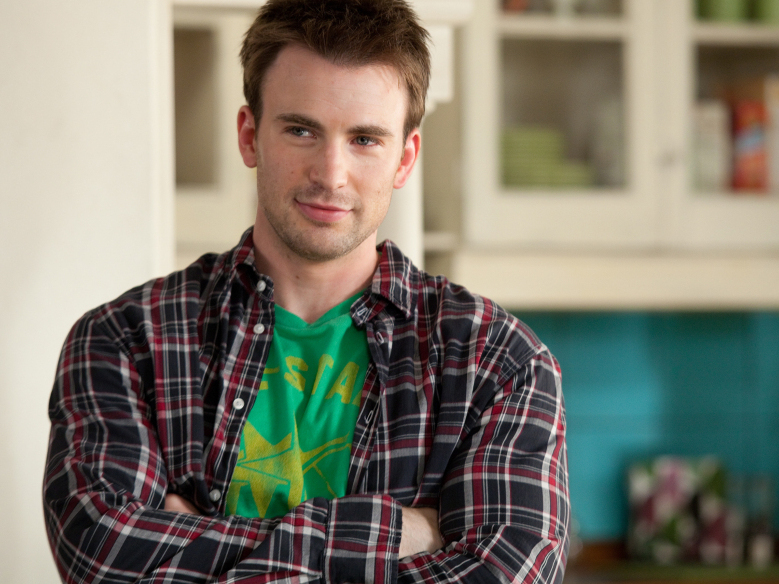 Chris Evans co-stars as the neighbor who helps Faris' character retrace her romantic steps in the quest for true love.

Her partner-in-crime on this peculiar quest is Colin (Chris Evans), a neighbor from across the hall who agrees to use his sleuthing skills to find Ally's exes if she allows him to duck into her apartment to hide from the many women he's seeing. Colin and Ally seem perfect for each other — sexy, fun-loving, unpretentious and equally promiscuous — and yet this is a romantic comedy, so it has to spin its wheels before finally recognizing the obvious.

The terrific adaptation of Nick Hornby's pop novel High Fidelity, with John Cusack, took off from the similar premise of a guy looking for answers from exes on his "Top Five Breakups" list. But Cusack's mission is more introspective — he wants to figure out where his relationships went wrong, not how he can set them right again. Ally seems motivated more by shame over her sexual largesse than by a desire for real understanding, and it makes her look shallow and irrational, unable to see beyond her own adorable button nose.

What's Your Number? trades in the sort of hard-R crudity that's become standard since The Hangover, but the added explicitness doesn't make it any less artificial a contraption. As usual, Faris excels in moments that reduce her to a human cartoon character, whether putting out a fire on her hair extensions or simply falling flat on her face. She finds herself in a familiar position, wringing laughs from another dry sponge of a comedy.