Accessibility links
Attacks On Transgender People Raise Alarm After a series of violent attacks on transgender people in Washington, D.C., the city's transgender community is demanding action. Police have hesitated to call the assaults hate crimes, but they're increasing efforts to keep the population safe. 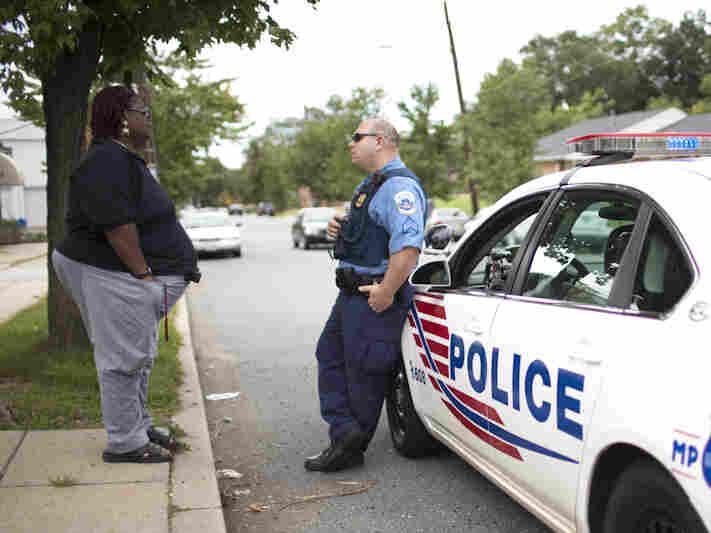 Earline Budd, a transgender advocate, speaks to a D.C. police officer about a spate of attacks in Washington, D.C. Photo by Dakota Fine hide caption 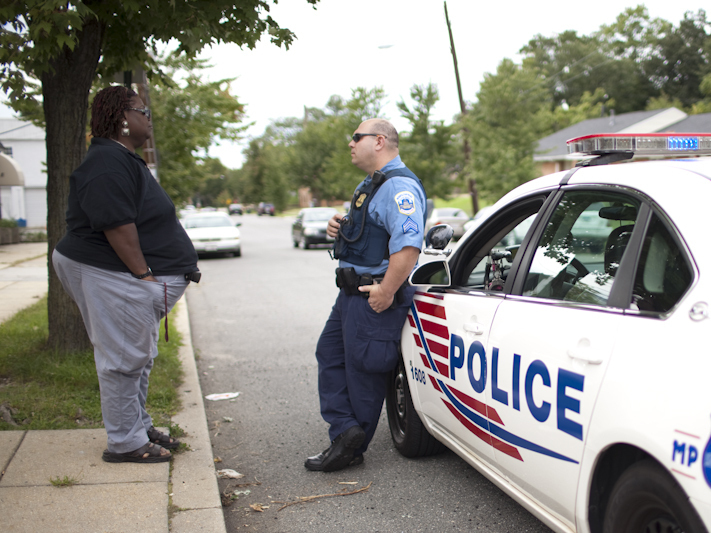 Earline Budd, a transgender advocate, speaks to a D.C. police officer about a spate of attacks in Washington, D.C.

It's 2 o'clock in the afternoon on Dix Street in northeast Washington. The neighborhood is a popular gathering place for transgender women, but tensions arose when Lashai Mclean, 23, was murdered here in late July.

Days after the shooting, transgender activists Earline Budd and Ruby Corado held a vigil for Mclean. Today marks the first time they've returned to the site since then — and they are shocked by what they see.

The singed and severed legs of a teddy bear are strewn across the street, and floral bouquets are charred black. Corado and Budd find that the makeshift memorial they had left behind has been torched.

Budd sees the vandalism as an omen.

"It was a clear message to us that we're not welcome, and that what happened to Lashai could happen to any of us," she says.

Days after Mclean's murder, another transgender woman was shot, just one block away.

And on Aug. 26, an off-duty police officer stood on the hood of a car and shot through its windshield, hitting two transgender women and a male friend, wounding one critically. The officer is a 20-year veteran of the city's police force and is currently in jail, awaiting trial.

The most recent assault in the area took place Sept. 12, when a transgender woman was shot in the neck. 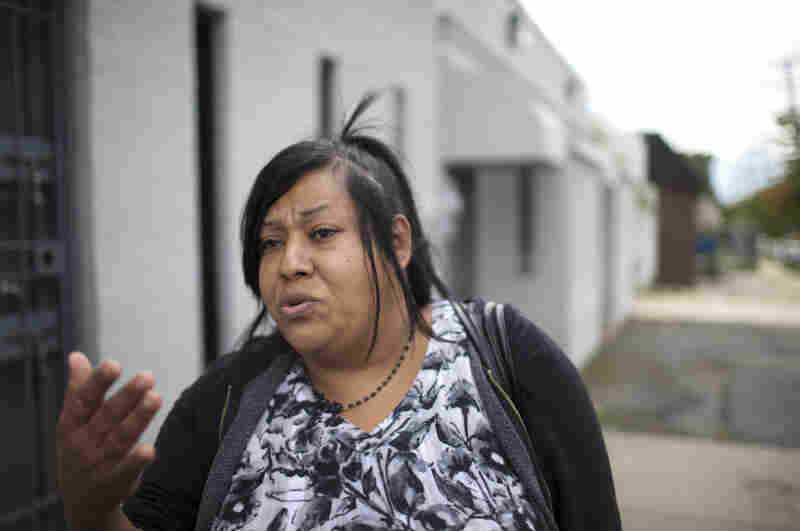 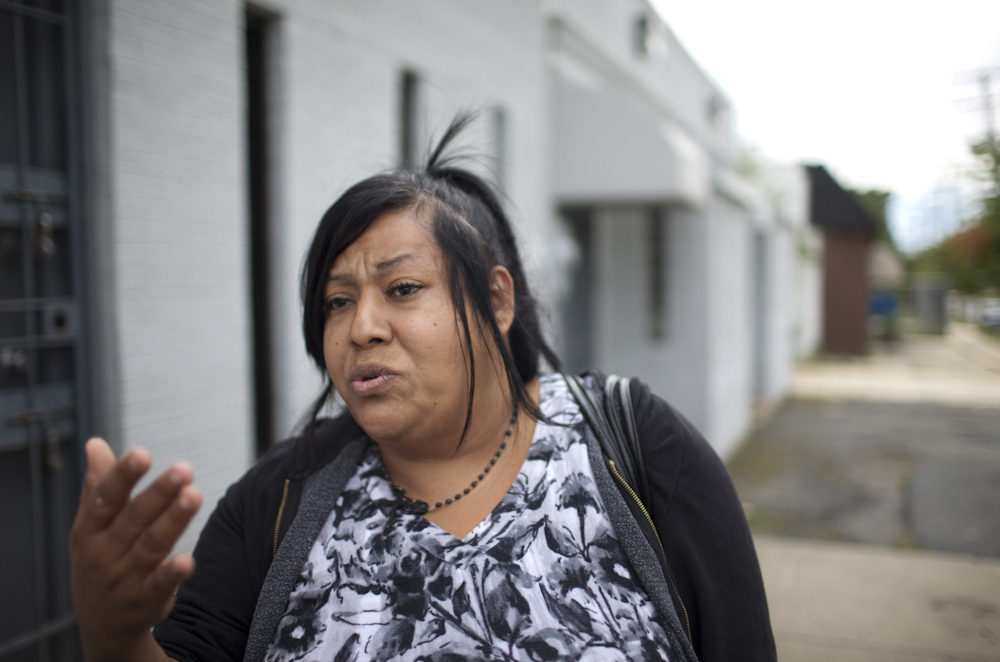 Ruby Corado talks about shootings that targeted transgender people in Washington, D.C., this past summer.

Although police do not believe these crimes to be related, for Corado, they signal a culture of hate. She thinks the police need to do more.

"We have become the target, and someone has to be responsible for it," she says. "In my opinion, it really starts with the accountability of those that are out there to protect us."

As we talk in the street, police arrive at the vandalized memorial and begin collecting parts of it as evidence. D.C. Police Commander Robert Contee is among those who arrived on the scene.

"We've definitely stepped up patrols over here in this area. We've assigned additional resources," he says. "There are quite a few things that are going on over here. [We're] just talking to a lot of people to see if we can gain more insight into the offense."

The violence that has struck Washington's transgender community is alarming, but not unusual, according to a national poll released this year.

The study, conducted by the National Gay and Lesbian Task Force and the National Center for Transgender Equality, surveyed nearly 6,500 transgender Americans.

"Overall, we found that 26 percent of transgender folks had experienced some type of physical assault because they were transgender," Mottet says.

And well over half of those polled said they have experienced serious discrimination. This includes being incarcerated, evicted, or fired because of their gender identity.

Washington, along with other jurisdictions, has extended legal protections to transgender people.

Ten years ago, only two states had such laws. Now, 15 states do.

But Mottet says it isn't up to policymakers and police officers alone to curb discrimination against transgender people: It's up to society as a whole.