Congratulations, Television! You Are Even Worse At Masculinity Than Femininity

Congratulations, Television! You Are Even Worse At Masculinity Than Femininity 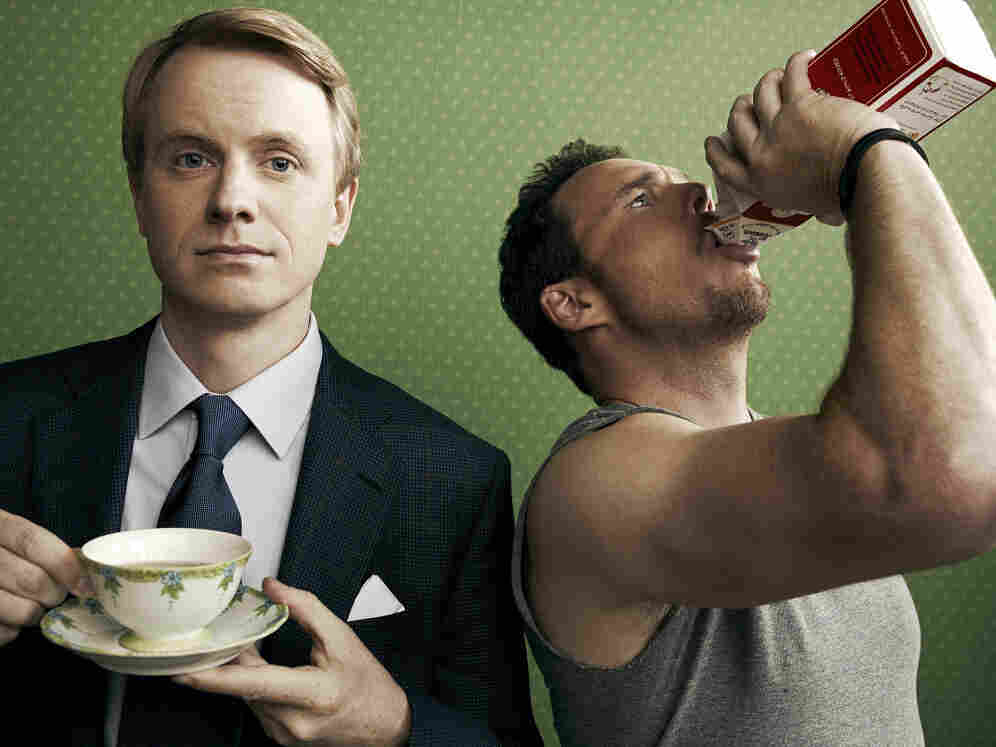 David Hornsby and Kevin Dillon star in CBS's How To Be A Gentleman. Art Streiber/CBS hide caption 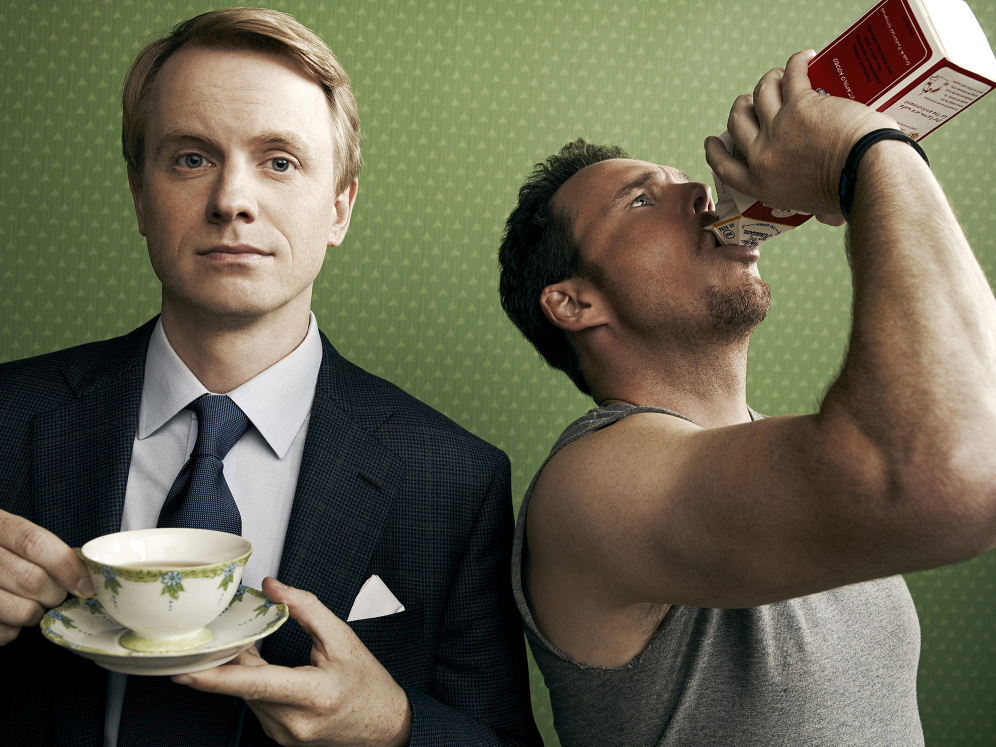 David Hornsby and Kevin Dillon star in CBS's How To Be A Gentleman.

Tonight, CBS premieres How To Be A Gentleman, a brainless buddy comedy presenting a dichotomy in which men can be either delicate, ineffectual, sexless weaklings or ill-mannered but physically powerful meatheads. Says this show — over and over, in both its marketing and in its actual dialogue — there are gentlemen, and there are real men, and each might need to be a little more like the other.

Yes, yes, it's a sitcom, and caricatures are common, and on its own, this wouldn't make much of an impression. But this is not just any season. It's a season that also brings Tim Allen whining about what ever happened to "real men" in Last Man Standing, three guys lost in a universe of "pomegranate body wash" in Man Up, and — sometime in midseason, unless the universe blissfully swallows us all before then — two men in drag in Work It trying to overcome the entirely female-driven economy in which they literally cannot support themselves without dressing as women.

And in that environment, How To Be A Gentleman and its overt and unapologetic sexist stereotyping, in which only certain kinds of men are "real men," represents a kind of tipping point: Television right now — at least broadcast television — is even worse at managing its ideas about masculinity than about femininity.

Now, this is a pretty high bar and therefore an accomplishment to be taken seriously. But at least The Playboy Club and Pan Am know enough to rely on nostalgia. Neither NBC or ABC would put a show on the air in which a physically unattractive woman was trained in how to be a "real woman" by an idiotic but beautiful personal trainer, and if they did, they would not say that she needed to learn how to be a "real woman."

Other fall shows demonstrate some of this same complete lack of faith in the inherent emotional intelligence of men. Patrick Wilson plays a doctor on A Gifted Man who needs a dead woman to counsel him on how to have feelings. NBC's Free Agents features a female lead who has to counsel the male lead in how not to act like a weepy ... well, a weepy woman, in stereotypical terms. How, in other words, to man up.

That doesn't mean women are being well-served when television turns its attention to their gender. They're not. But when you see the four men on How To Be A Gentleman — Kevin Dillon as the meathead, David Hornsby as the nice weakling, Rhys Darby as the dopey husband of Hornsby's sister, and an utterly out-of-place Dave Foley as the buffoonish boss who can't age gracefully — it really begins to look like men are the new women, when it comes to being mercilessly pigeonholed and mocked for failing to represent an impossible ideal of perfect behavior and perfect looks.

It's woven into the DNA of this particular show: Dillon telling Hornsby that the sooner he starts working out, the sooner he can get "an adult male body." Foley telling him that the "holy grail" demographic for their magazine is "men in their mid-to-late thirties who act like they're fifteen." Hornsby asking Dillon, "What does a person like you like to read?" and being told, "Sports scores!" And yes, Dillon telling Hornsby — in the revelatory line that sets up their new friendship and the show — "You know everything about being a gentleman, and nothing about being a man."

So yes, the guy who only reads sports scores is going to teach about "being a man." And Tim Allen is upset about what ever happened to men. And the Man Up men are not men the way their fathers were.

There are plenty of silly women in new fall shows — Zooey Deschanel on New Girl and Whitney Cummings in Whitney, just to name two. But at least they are not presented as women who are being women incorrectly. Yes, The Playboy Club idealizes the Bunny, and that's plenty problematic, and the producers' efforts to co-opt the idea of female empowerment to put a shine on it is obnoxious and disrespectful.

But there is something about this narrative hectoring about men not understanding manhood that seems particularly brutal in that it specifically attacks them for emotional ineptitude while simultaneously attacking them for having emotions. Men who are emotionally reactive (like Hornsby's character here) are weak; men who are emotionally inert (like the Man Up guys) are clueless. In both cases, women don't want to have sex with them, even if they're married to them.