Accessibility links
Using Twitter To Tap Into The Mood Of The Planet Analyzing the tweets of millions of users suggested cross-cultural, Earth-wide trends in peoples' moods across days and weeks: We're more positive in the morning and late evening. The results point to new ways that academic research might tap into social media. 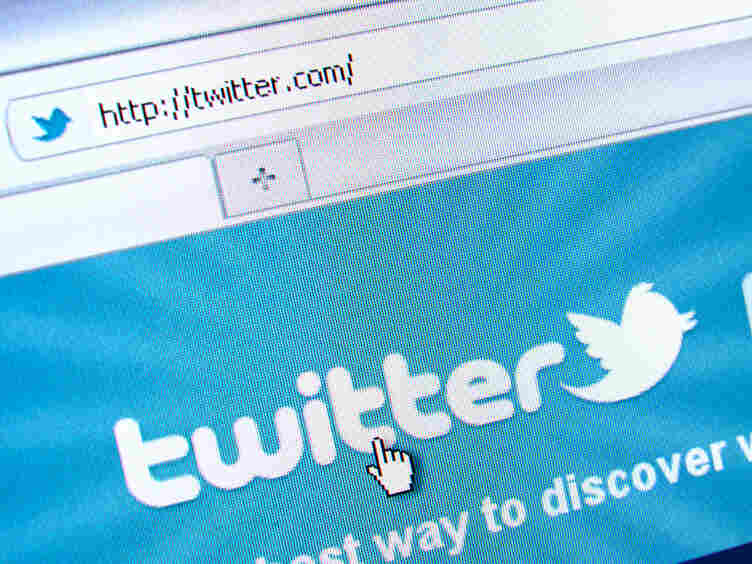 Right now, armies of marketers, pollsters and social scientists are trying to figure out what Americans are thinking about — issues like global warming or Lady Gaga's latest outfit. Surveys are only so good: It's hard to get a big enough sample to be sure of the results. That's particularly vexing for social scientists who want a high standard of accuracy.

But now they have a new window on the world: Twitter. Normally, if social scientists wanted to design an experiment on how peoples' moods change during the course of a day, for example, they'd recruit some of their students. But statistically, what 50 college kids do doesn't really reflect the American public.

Scientists need lots of people to make solid conclusions about human behavior. That's why Scott Golder went to Twitter, where millions and millions of people express themselves daily.

"This is the stuff of daily life," Golder says. "Whether you're doing that with diaries from a few hundred years ago or you're doing it with the tweets of today, you're still looking into the personal lives of regular people, and that is very revealing."

This is the stuff of daily life. Whether you're doing that with diaries from a few hundred years ago or you're doing it with the tweets of today, you're still looking into the personal lives of regular people, and that is very revealing.

What Golder and his colleagues at Cornell University wanted revealed is: How do peoples' moods go up and down — positive or negative — through the day? That might then reveal how much and when your biorhythms or your environment control the way you feel.

The researchers used a common computer program that scans text for key words in tweets that reflect the writer's mood, or, as psychologists call it, affect. These are words like aching, afraid, cynical, fear, mad and fury, Golder says. These words fall into the "negative" category.

On the positive side, Golder looked for words including agree, definitely, fine, outgoing, paradise and pleasing. And, of course, this being the Twitter generation: "Awesome. Awesome is an awesome word."

Golder, who's a graduate student in social and computer science, spent months with a team of researchers scanning tweets by more than 2 million people in 84 countries — more than a half-billion tweets.

"We found there are two peaks in positive affect during the day. One occurs first thing in the morning and one occurs late at night," he says.

Of course, you say, the dip in the middle is when you go to work. But Golder says no. "The shape of the rhythm — when it peaks and valleys — is the same on the weekend as during the week."

Golder doesn't know why mornings and evenings tend to be brighter than the rest of the day. A night's sleep could explain the morning bump-up. Biochemicals associated with a person's circadian rhythm could also be at work, and certainly what happens to you during a day would have an effect.

A New Dimension In Research

While the results might not be terribly surprising, they point to a new "social media" wave in academic research.

When it comes to research, "we've really been in flat Earth over all these years, and suddenly we've discovered there's a third dimension," says David Lazer, a practitioner of both political and computer science at Northeastern University.

We've really been in flat earth over all these years, and suddenly we've discovered there's a third dimension.

Though tweets are public, Lazer says, academic institutions should be writing up ethics standards for the use of data from social media. He emphasizes that scientists should be careful about what they conclude from the data.

"I mean, these are not scientifically designed instruments to collect under pristine circumstances; it's often difficult to tell what's causing what," he says.

But Twitter certainly can reveal peoples' views. Kent Cavender-Bares is an environmental scientist at the University of Minnesota.

"I see it as a great way to get a pulse of what's going on in the country," he says. Cavender-Bares plans to monitor tweets about climate and then produce educational material to answer the most common questions.

He says you still need people to double-check computerized language scanners — after all, computers don't recognize sarcasm or some words with more than one meaning, like "blizzards."

"Real quickly you find out that people are tweeting about Dairy Queen Blizzards — an ice cream, rather than a snowstorm," he says.

The Cornell research appears in the journal Science.