Accessibility links
A 'Hack' Shares Years Of Stories From A Chicago Cab Cab drivers often find themselves playing amateur therapist, confession-taker and witness. In his new book Hack: Stories from a Chicago Cab, long-time cabbie Dmitry Samarov shares his tales from the road. 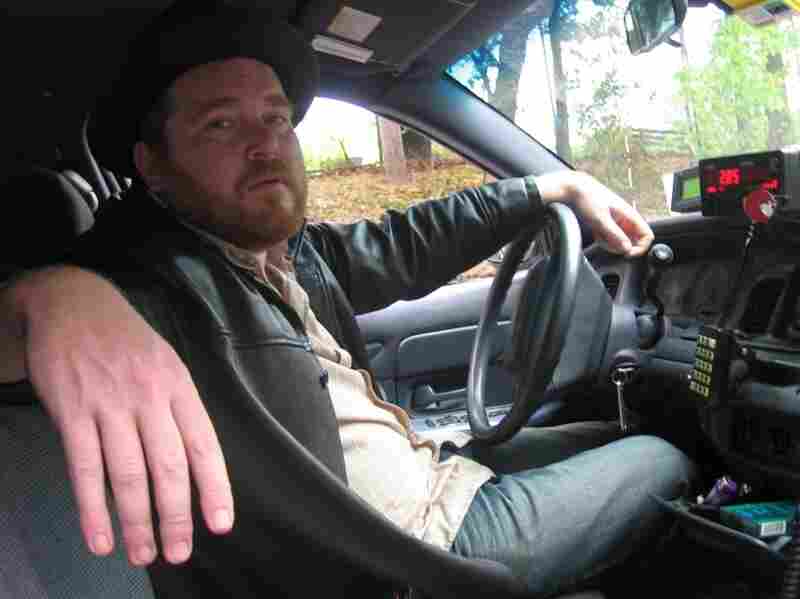 Dmitry Samarov began driving a cab in 1993 to help supplement his work as an artist. Daniel Kirwin hide caption 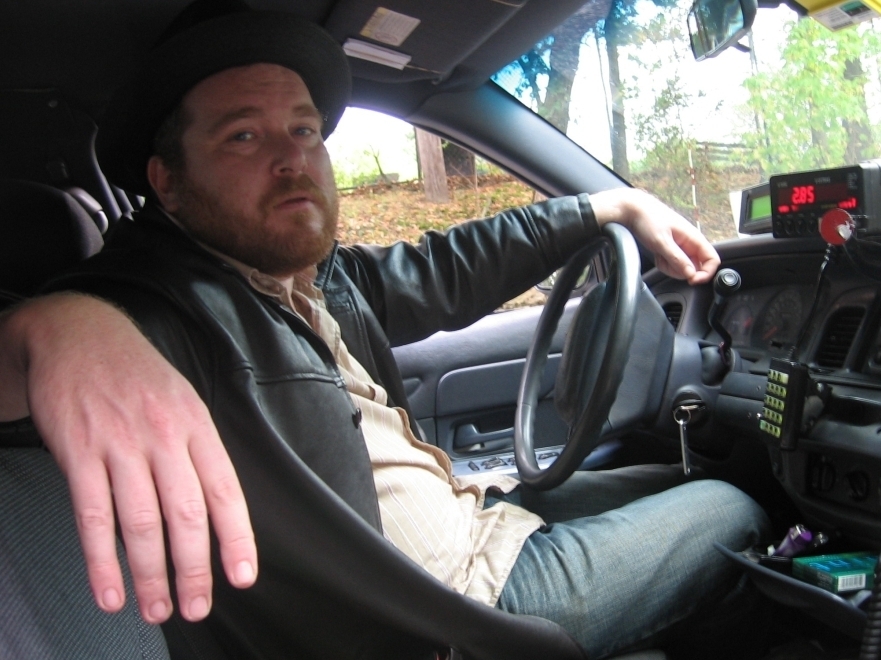 Dmitry Samarov began driving a cab in 1993 to help supplement his work as an artist.

A cab driver's job is relatively straightforward: shuttle riders from door to door, or corner to corner. In the course of the ride, though, drivers often find themselves playing amateur therapist, confession-taker and witness to all sorts of moments — first kisses, breakups, an occasional drug deal and countless drunken adventures.

Dmitry Samarov started driving a cab in 1993 to make ends meet as an artist. In his book Hack: Stories from a Chicago Cab, Samarov combines his tales from the road with some of the art inspired by his driving.

Host Neal Conan talks with Samarov about his book and his stories from the backseat.

On sharing the road

"Bus drivers tend to take to the road as if they own them. And they take their sweet time sometimes ... We have to let them know that there are other fish in the sea.

"Bicyclists — there's more and more of them here in Chicago ... but they certainly have to be reckoned with. They zip through in between cars and you have to be very careful ... I've had many interesting interactions with cyclists, both positive and negative."

On cabbies as philosophers

"I suppose when you spend a lot of time on your own [you] have a lot of time to ruminate on this and that. Perhaps you get to a point of having ideas about the world in a certain way. And some of the cab drivers certainly enjoy holding forth and sharing their wisdom ... 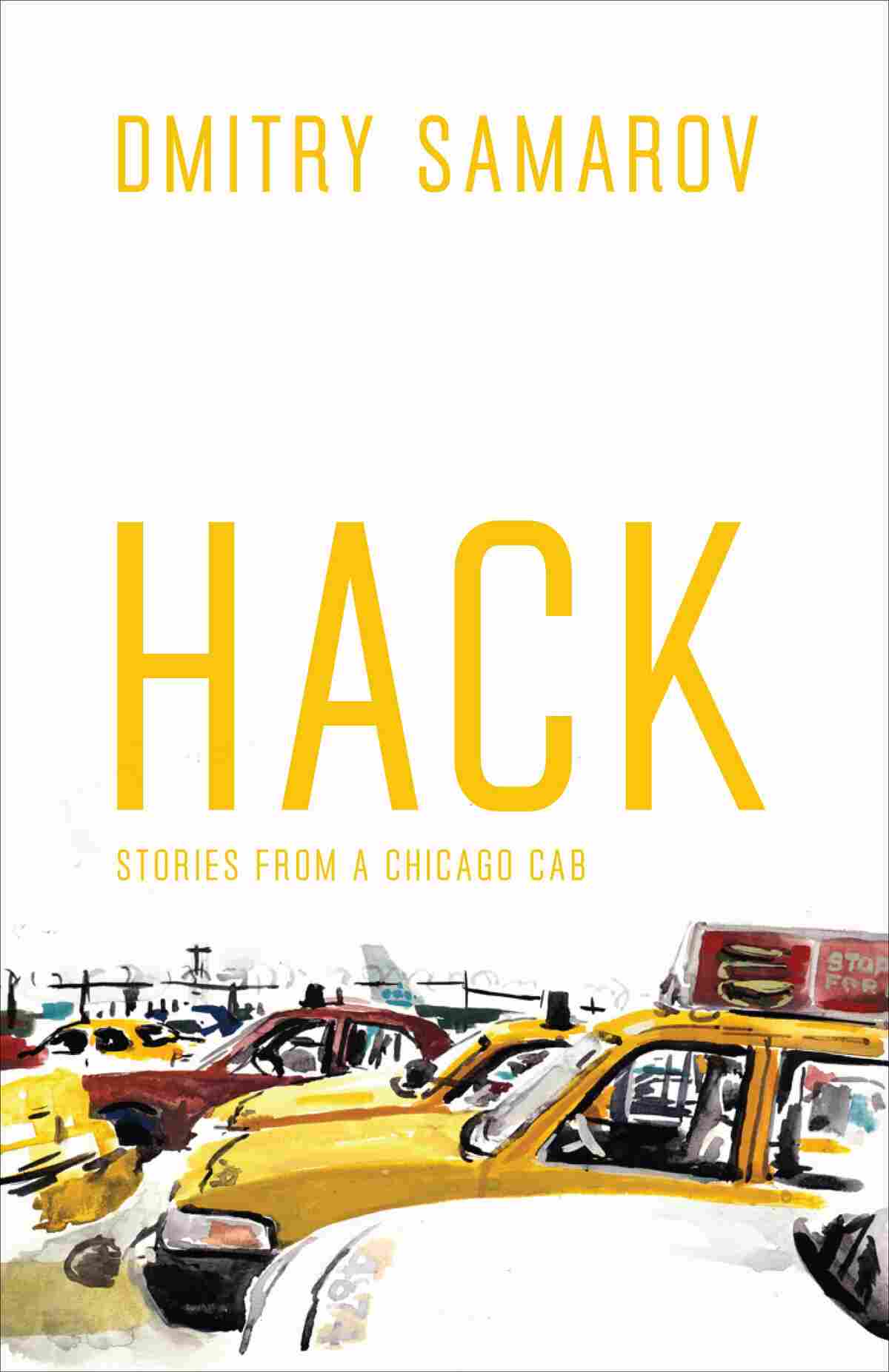 Stories from a Chicago Cab

"You meet all sorts of people. You meet them at all sorts of times in their life and you play a small part in it ... Some often share them directly with you as a person, others you just overhear. It's kind of an amazing thing."

On how cell phones have changed the job

"My first stint as a cab driver was from 1993 to 1997 in Boston. And I actually had one of the earlier cell phones, which entailed having, if you remember, an antenna that you had to then attach to the top of your vehicle ... So I actually took calls back then ... [Today] a lot of my regular customers will contact me by text or by cell phone, so it helps.

"I've [also] learned very well not to answer conversations before double-checking that they're speaking to me and not to their phone ... Also I have the back of my head to them ... so I can't see who they're talking to."

"There's probably few jobs where you see ... the variety — both the variety of people and variety of nights in any given city that you're doing the job ...

"I've taken prostitutes to some of the nicest apartment buildings in downtown Chicago. And a lot of these things happen at night after a lot of people are asleep, that's for sure. I tend to work until the bars close, so I see a lot of that."

On the inaccuracy of the 1980s sitcom Taxi

"Overall I think it's a great show, but that sort of fun-loving camaraderie is maybe ... a thing of the past. Or maybe it's a bit romanticized or cleaned up for network TV. The garage can be a very contentious place or an unhappy place because drivers that are sitting in the garage are not driving and making a living. They're waiting either to pick [up] a taxi, or wait for their taxi to be fixed by the shop ... Or they've just brought it back from an accident or something else, or they're paying for their lease. So not much happy stuff happens in the garage, in my experience."

On whether or not cab drivers discriminate

"One of the things that I hear complaints about from customers is that they weren't picked up based on their appearance or where they were going.

"[But] one of the important ... factors of the job is, you have to take a person where they want to go, and you take any person who asks you to go there. That's the job."