Accessibility links
French Feminists Say 'Non' To 'Mademoiselle' Spurred by the Dominique Strauss-Kahn scandal, French feminists are taking on what they see as one of the most entrenched and subtle barriers to gender equality in France: the word "mademoiselle." They say the term is irrelevant and insulting. 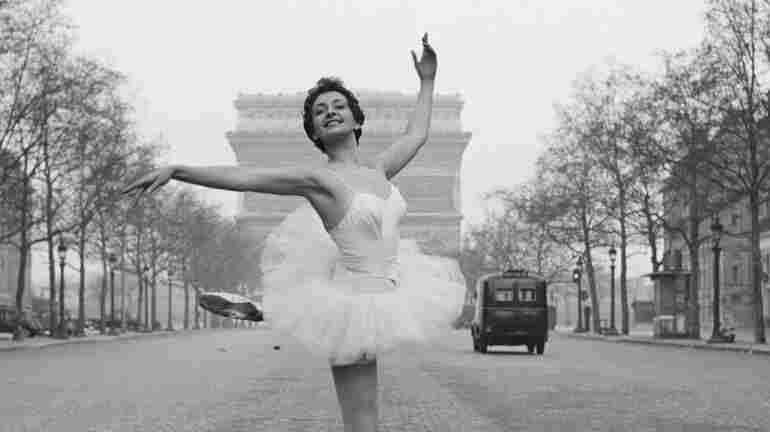 In France, feminists are trying to do away with the word "mademoiselle," which they see as separating women into two categories — married and unmarried — in a manner men aren't subjected to. In this photo from 1955, ballerina Christianne Gaulthier, a dancer at the Moulin Rouge, dances through the deserted streets of Paris at the crack of dawn. But was she a mademoiselle or madame? Serge Berton/Getty Images hide caption

Feminists in France say the Dominique Strauss-Kahn scandal has forced the country to confront long-standing sexist attitudes. Buoyed by this new awareness, they are now taking on what they see as one of the most entrenched, if not discreet, barriers to gender equality in France: the word "mademoiselle."

In France, when you fill out a form — whether it's a job application or a parking citation — if you're a woman, you have to choose between madame and mademoiselle.

Too bad if you feel your marital status is nobody's business; there's simply no French equivalent of "Ms."

Now, French feminists are launching a campaign to change that. Marie-Noelle Bas, president of the feminist group Watchdog, says the word "mademoiselle" is no longer relevant. 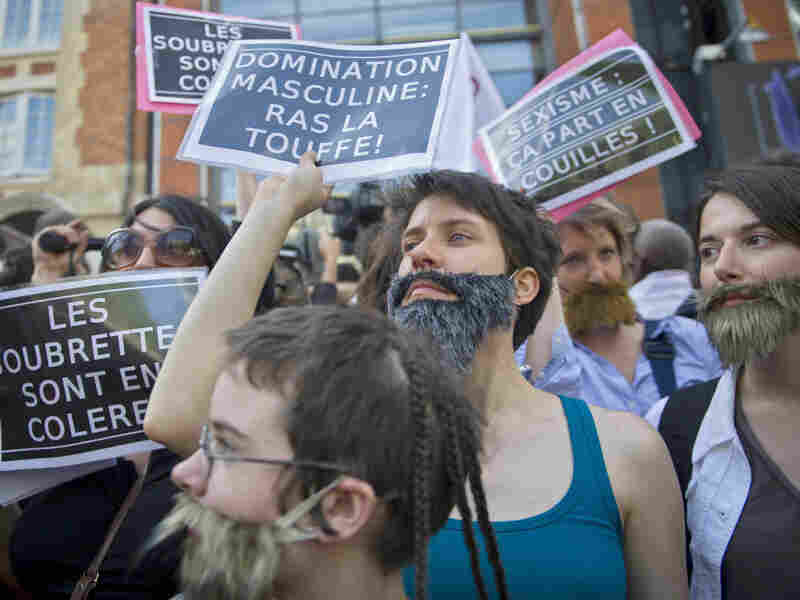 Women, mostly members of feminist groups, wear fake mustaches and beards, and hold anti-sexist placards as they stage a demonstration in Paris in May against the political and media reaction to the sexual assault allegations against former IMF chief Dominique Strauss-Kahn. Bertrand Langlois/AFP/Getty Images hide caption 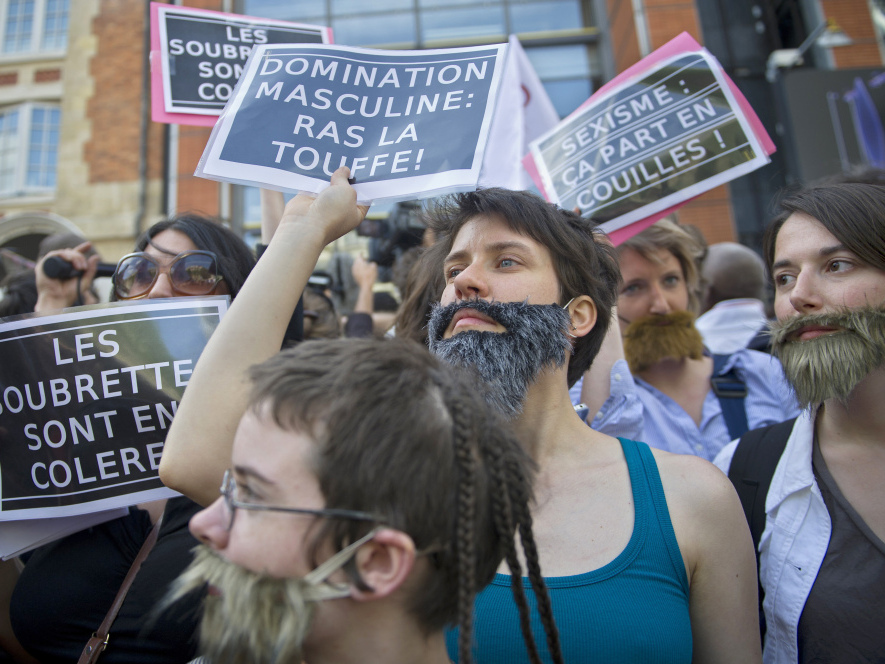 Women, mostly members of feminist groups, wear fake mustaches and beards, and hold anti-sexist placards as they stage a demonstration in Paris in May against the political and media reaction to the sexual assault allegations against former IMF chief Dominique Strauss-Kahn.

"Mademoiselle," say feminists, separates women into two categories in a manner men aren't subjected to. The corresponding title for males, "damoiseau," which translates roughly into squire, disappeared from use nearly a century ago. Feminists say using the generic "madame," like "monsieur," will create the same rules for both genders. They also claim leaving out "mademoiselle" will cut down on opportunities for discrimination and harassment.

Bas says France is way behind its neighbors. The Scandinavians no longer delineate between married and unmarried women, and the Germans have dropped "fraulein."

The campaigners say even the Spanish have struck "senorita" from official forms. A new website lets users sign a petition and offers form letters that can be sent to companies and lawmakers to demand that the title "mademoiselle" be discarded.

Thalia Breton, from the organization Dare Feminism, says the climate is right to launch the assault on "mademoiselle."

"People have really woken up about inequalities and sexism since the Dominique Strauss-Kahn affair. And we think these issues will be a part of the presidential debate leading up to next May's election," she says.

Strauss-Kahn, former head of the International Monetary Fund, was arrested in May on accusations he sexually assaulted a hotel maid in New York. The charges were dropped, but he still faces a civil lawsuit brought by the woman, Nafissatou Diallo.

A Compliment Or Not?

Though a few sociologists, writers and philosophers have signed on to the feminists' linguistic cause, the issue isn't being widely discussed. Judging from first reactions on the street, the feminists have their work cut out for them. Monique Wlazlo, 45, who is coming out of a shop where she has just completed a form to get a new cell phone, calls the campaign paranoid.

"As long as no one calls me 'monsieur,' I'm fine," she says. "Anyway, we naturally refer to an older, unmarried woman as 'madame.' And if you you're married but don't look your age, you might get called 'mademoiselle.' It's flattering one way and less so the other, but that's life," she says.

Simone de Beauvoir's seminal feminist work, The Second Sex, was published 60 years ago. Even so, says Bas, French women have integrated the masculine domination of French society into their very souls.

"It seems normal to them that the men are more important than them," she says.

And aside from that, says Bas, "mademoiselle" isn't even a compliment, explaining the origins of the word: "Madame, for madame, oiselle in French is the feminine of oiseau. And in ancient French, that means virgin, that means stupid, that means somebody who needs to be married."

"Mademoiselle" is only a word, says Bas. But it's important to fight sexist words and images because they create the climate of inequality between men and women that can lead to violence, she says.

Feminist Breton sums it up this way: If you were to call a man "damoiseau," he would laugh in your face. "Mademoiselle," she says, is just as ridiculous.