Accessibility links
Signed, Sealed, Delivered: The Joy Of Letters Another tweet, another text, another trite, impersonal way that we choose to communicate with each other in the modern age. Writer Gwen Thompkins describes the ties that bind us to the well-written letter. 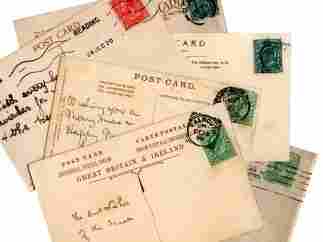 A simple "Wish you were here" can mean so much more than an overwrought email. istockphoto.com hide caption

Postal workers held rallies around the country this week, trying to save their jobs. The U.S. Postal Service faces a deadline Friday for billions of dollars in debt payments it can't afford. It's considering closing hundreds of branches.

The other day I fished the mail out of the box and there, among the home decorating catalogs, was a handwritten greeting card. I wondered: Who could be sending me well wishes all the way from Washington State?

My secret admirer turned out to be my long distance provider, which has gotten pretty clever about getting me to open their mail.

But I still get more excited about what shows up in the mailbox at the end of my driveway in New Orleans than I ever could about the e-mail catch of the day, or the hoots and tweets of what I like to call a-social media.

There are some things in this world that still should be done by hand. A thank you note. A condolence letter.

Last spring, I called a friend whose son had died. In the middle of the conversation, the line dropped out. A letter would have been a better idea.

The saddest letter I ever read was written in November 1937. It was from Joe "King" Oliver, the great cornetist, trumpeter, band leader and mentor of Louis Armstrong. Oliver was ailing and broke in Savannah, Georgia.

"Now Vick," Oliver wrote to his sister, "I'm going to tell you something but don't be alarmed. I've got high blood pressure. Was taking treatment but had to discontinue... I am weak in my limbs at times and in my breath, but I am not asking you for money or anything...[But] should anything happen to me, would you want my body?"

Oliver was dead by April. A tweet of the same letter would read: 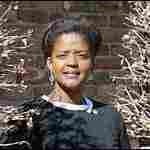 Gwen Thompkins is a writer in New Orleans. hide caption

Letters fill in the emotional gaps of our history writ large and small. And the best letters, the kind that pass from hand to hand, are material reminders that love once passed this way.

When Hurricane Katrina laid waste to my house, I was most sorry to lose family photographs and my small accumulation of love letters, which were both precious and out of date. It was somehow reassuring to know they were in my big wooden desk. Now, they are still in that desk, somewhere deep in a landfill, along with other desks and other love letters written to my neighbors. Maybe one day something stinky sweet will grow there.

Years ago, in a post office in Paris, I couldn't believe how long the French took to decide on stamps. The clerks and customers would pore over any number of choices and discuss postal aesthetics. It was so artistic. So impressionistic. So...irritating.

But when my turn came, and the clerk pulled out France's embarrassment of stamps, I was beguiled. I realized every little thing about a letter says something meaningful about the sender, and the recipient.

Makes you think twice about what you write. Today, I think I'm going to write a letter and I already know the ending: