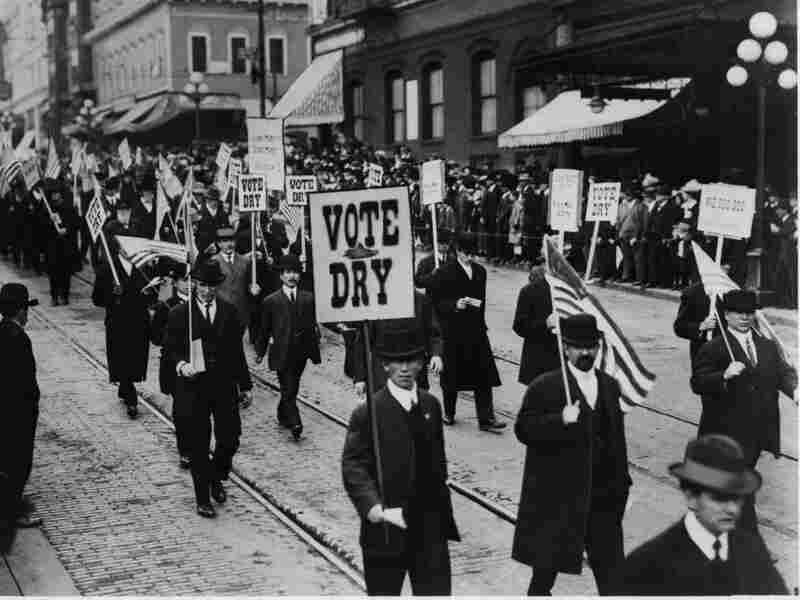 A three-night Ken Burns documentary examines every aspect of Prohibition, from the anti-alcohol movements of the 1840s to rallies that took place across America. PBS hide caption 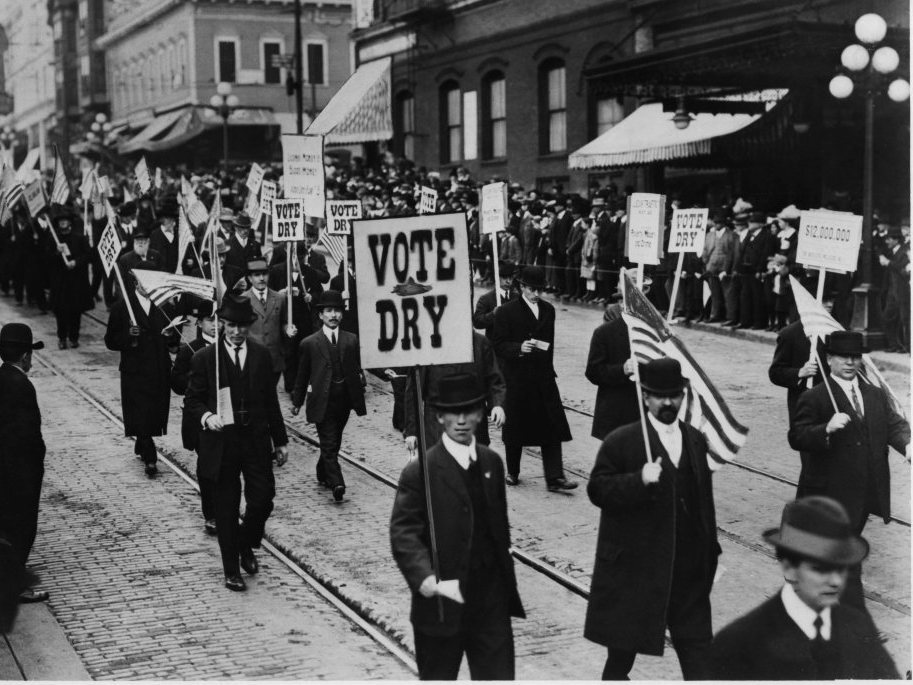 A three-night Ken Burns documentary examines every aspect of Prohibition, from the anti-alcohol movements of the 1840s to rallies that took place across America.

The documentary Prohibition is the latest PBS multi-part presentation by Ken Burns. He and his filmmaking partner, Lynn Novick, aren't just riding the Boardwalk Empire train here – their story begins a full hundred years before Prohibition began in the 1920s. In fact, they spend the entire first installment explaining how alcohol became a wedge issue, and how religious conservatives, woman suffragists and other groups all used it to gain political power.

This background is fascinating, not dry — and it touches on many subjects Burns has explored before. Prohibition opens with a quote by Mark Twain, spends the bulk of its time during the Jazz Age, and, in a segment on the anti-alcohol movement of the 1840s, even finds a link to slavery. And in the same segment, narrator Peter Coyote finds time to reveal the origin of the term "teetotaller."

No Must-Sees In Fall Crop Of Network TV

Prohibition is another impressive entry in the Ken Burns canon – and yes, it's another history lesson with almost creepy parallels to today's headlines. These include illegal phone taps, political gamesmanship and government programs branded as socialism.

The three segments of Prohibition are shown Sunday, Monday and Tuesday night on PBS – with the opening night bumping right up against Boardwalk Empire on HBO. That's unfortunate.

Even more unfortunate is that night one, on Sunday, also bumps up against the sixth-season return of Dexter on Showtime. That series, starring Michael C. Hall as a blood-spatter expert for the Miami police department, who's also a serial killer who tracks and kills other serial killers. It's one of my favorite shows on TV. It's also one that seems to get its fans angry whenever I talk about it, even though I'm discussing plot points that happened more than a season before — so this time, I'll stay out of trouble.

This time, I'll say only that season six begins very strongly, and is highly recommended. But even though I won't reveal anything about the shows I've previewed, I will predict the long-time future of this show, just to get it on the record. I believe Dexter will end the same way as AMC's Breaking Bad, with the protagonist ultimately uncovered, and confronted, by a loving relative. In Breaking Bad, I predict it'll be Walter White's DEA brother-in-law, Hank, who closes in on him. In Dexter, it'll be Dexter's own sister Debra, who's a cop in the same Miami police department. Both of those characters have strong investigative instincts and even stronger stubborn streaks — so both shows, I'm guessing, are on the same narrative path. 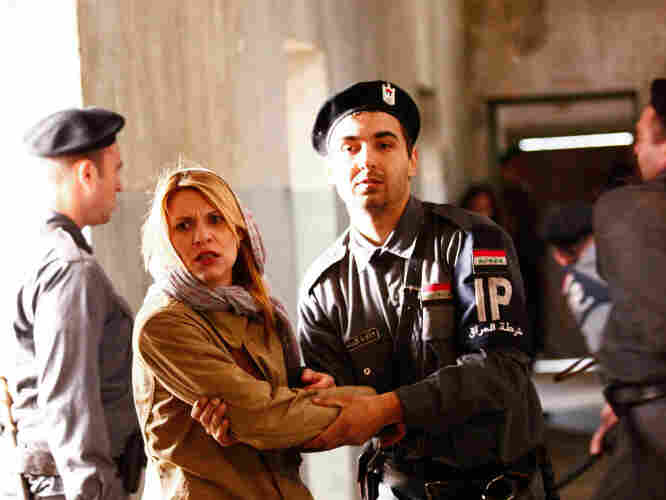 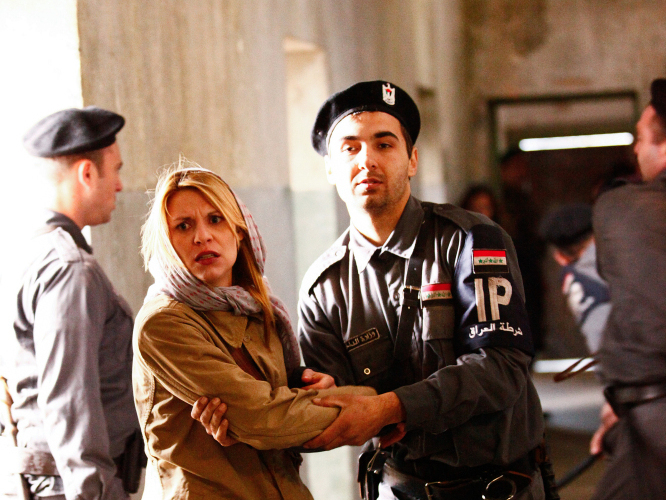 Claire Danes plays a CIA agent who suspects a heroic American POW is actually a double agent for al-Qaida in Showtime's Homeland.

One new show premiering Sunday, following Dexter on Showtime, has a narrative path all its own, one I've never seen before in a weekly TV series, and that's saying something.

It's called Homeland, and stars Claire Danes as Carrie Matheson, a CIA agent who becomes obsessed with Sgt. Nick Brody, an American POW located and rescued after years of brutal captivity in Iraq. Nick, played by Damian Lewis from Band of Brothers and NBC's Life, is about to return home to a hero's welcome. But Carrie, acting on a scrap of vague information, suspects Nick may have been turned while held prisoner, and is now a double agent for al-Qaida. Carrie takes her suspicions to one of her bosses — played by Mandy Patinkin, in a very welcome return to TV — but he's not buying it.

If Carrie is right, she's the real hero of this story. If not, Nick's not only the victim — he's the hero, too. For the first few episodes of Homeland, our loyalties are split, and we don't know which character to root for, only that they're both played by incredibly likable and sympathetic performers. And watching Carrie pursue Brody, without being certain of his true motives, puts a fascinating new twist on an otherwise familiar tale.

Eventually, we will discover the truth, and the series, and the drama, will continue from there. But for right now, Homeland is offering something unique to television. And when you're talking about television, that's a phrase you don't hear very often. Just in time, thanks to Homeland and Dexter and Prohibition, the 2011 TV season is looking up — and looking good.