Accessibility links
White House Visit No Happy Ending For '85 Bears The 1985 Chicago Bears will finally be received at the White House — 26 years after their Super Bowl win. The years haven't all been kind to those of "Super Bowl Shuffle" fame, and some players have paid a price for our entertainment. 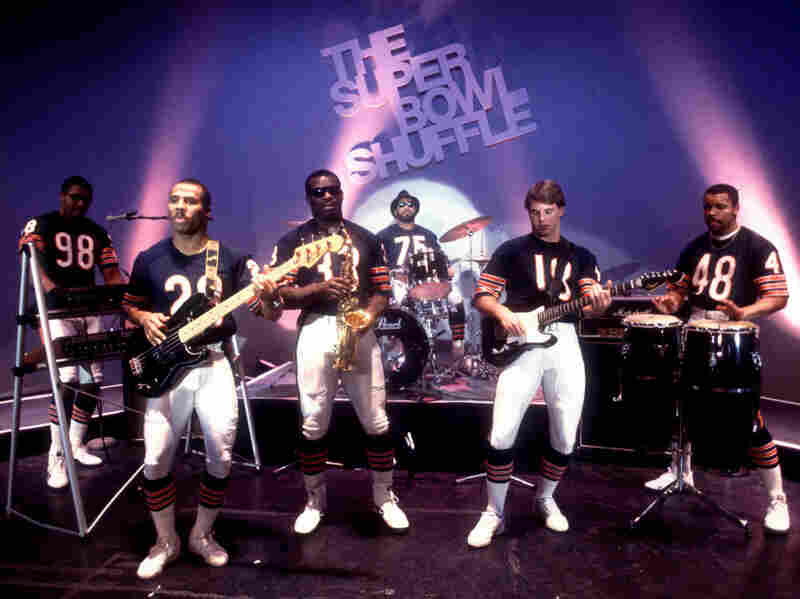 The Chicago Bears showed some skills off the field and on the stage in 1985 when they recorded the "Super Bowl Shuffle." Paul Natkin/NFL via Getty hide caption 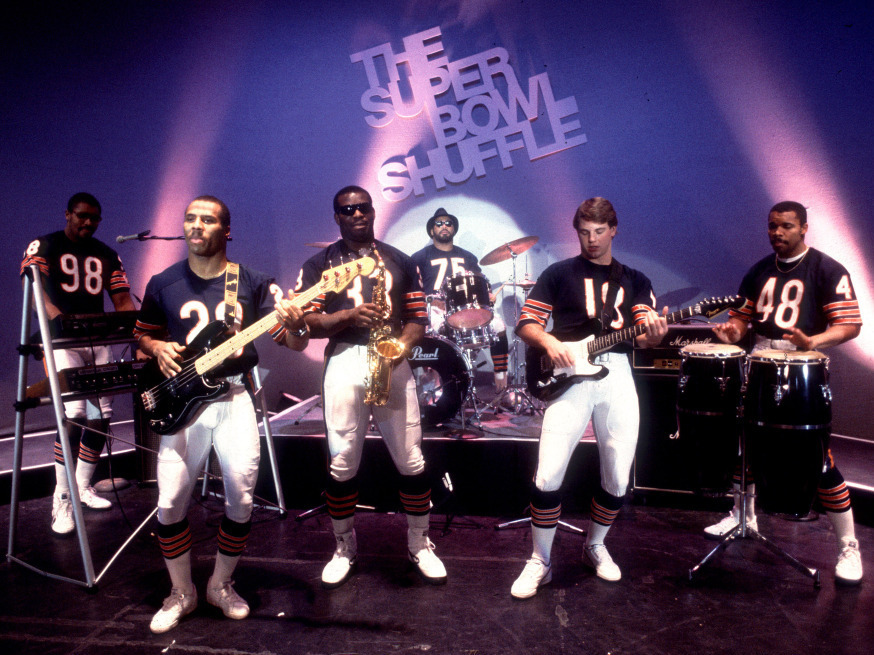 The Chicago Bears showed some skills off the field and on the stage in 1985 when they recorded the "Super Bowl Shuffle."

Next week, the Chicago Bears, who won the 1985 Super Bowl, will finally be received at the White House — now that a Bears fan lives there. Their original visit was canceled when the Challenger Space Shuttle exploded in January 1986.

These were the "Super Bowl Shuffle" Bears, with a quarterback, Jim McMahon, who wore headbands and head-butted his teammates; William "The Refrigerator" Perry, a gargantuan lineman who grinned like an impish boy; Mike Ditka, a blunt, gruff, funny coach; and Walter Payton — Sweetness, as he was known — who leapt, slipped and stiff-armed tacklers, then helped them to their feet.

The team set records for head-rattling defense and recorded a rap song. They won almost every game they played, and made millions laugh, which is a year well spent.

They will visit the White House as a new book draws attention. Jeff Pearlman has written Sweetness: The Enigmatic Life of Walter Payton, which depicts Mr. Payton as perhaps the greatest all-around football player ever, a generous teammate and a loving father.

But he also shows Walter Payton as a faithless husband and an addict who schemed to score illicitly prescribed painkillers (not performance-enhancing drugs, but narcotics) to dull the pain from constant battering of his bones and head. The book says he was often depressed and threatened suicide.

The Payton family has challenged some accounts in the book and posed a pointed question. Walter Payton was a football player. He wasn't a sanctimonious religious leader or public official. So why publish a searing personal expose of an illustrious athlete who died of liver disease 12 years ago?

Or, as Mike Ditka asked, "What's the point?"

I don't know if the book has a point. But it might serve a purpose.

Walter Payton missed only one game in 13 seasons. He proudly preferred to be hit than to run out of bounds.

Dave Duerson, who played safety for those Bears, took his life this year at the age of 50. He was a smart, sunny man who began to have mental lapses and seizures. He left a note asking that his brain be given to research to see if the hits he absorbed on the field inflicted him with degenerative brain disease.

Jim McMahon, the quarterback who made the good times roll, is just 51 and says that when he runs into his old teammates they ask one another, "'How are you feeling? Are you forgetting stuff like me?'"

Fans, as well as players' union and league officials, might begin to wonder if the game we love to watch cripples and maims those who play it, no matter how many millions they make. Is that really entertainment?