Accessibility links
TV's Fixation With 'The New Breed' Of '60s Women This fall, television is continuing its love affair with the 1960s. ABC's Pan Am and NBC's The Playboy Club put the women of the era front and center. Part of the trend is due to the hit show Mad Men, but viewers might also be fascinated with how far we've come with gender equality. 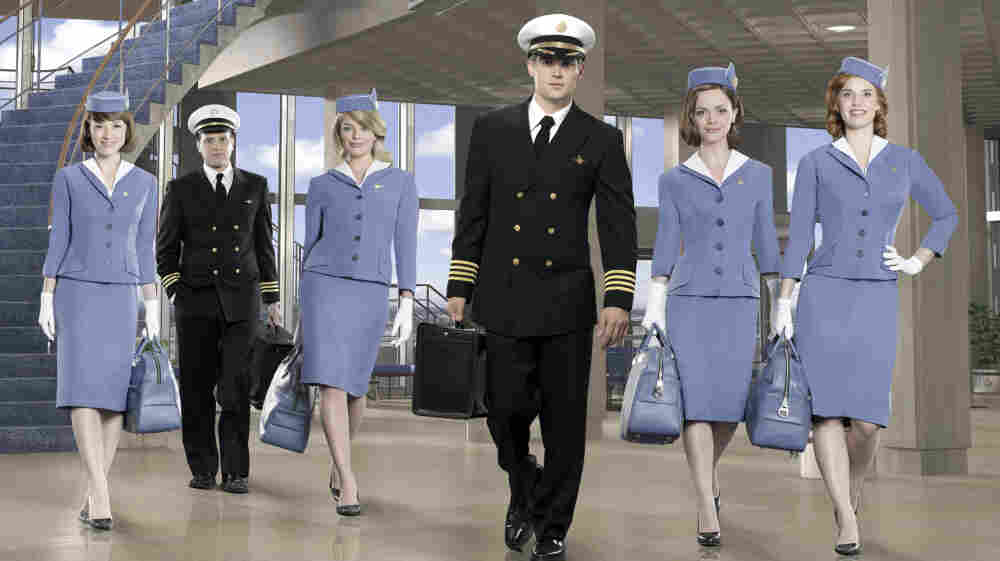 The cast of ABC's Pan Am. Bob D'Amico/AP hide caption The cast of ABC's Pan Am.

The fall television season is in high gear, and there seems to be a barrage of tight skirts, panty-hosed legs and perfectly made-up faces making their way from the 1960s to the small screen.

On ABC is Pan Am, a show about airline stewardesses. There's also NBC's The Playboy Club, which following the stories of fictional bunnies in Hugh Hefner's nightclub. The networks are hoping to get on the nostalgia bandwagon after the success of Mad Men, AMC's period drama.

Ratings aside, what is it about that era and the women who lived it that has captured our collective imagination?

"It's one of the most glamorous, most beautiful eras in our history, but I also think it was an era of most change for women," Stacey Wilson, senior editor at the Hollywood Reporter, tells Rachel Martin, host of weekends on All things Considered. "And I think that it offers some ripe scenarios for fictional storytelling."

Girl Power In A Girdle 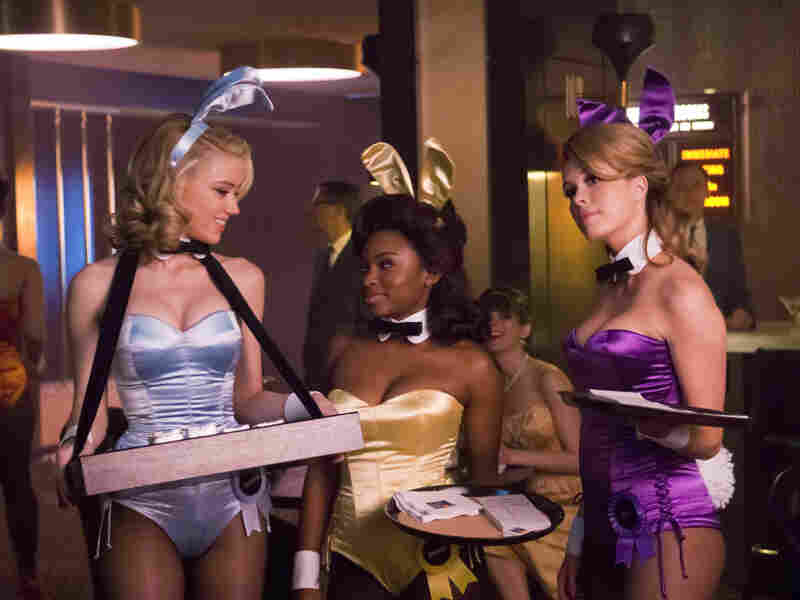 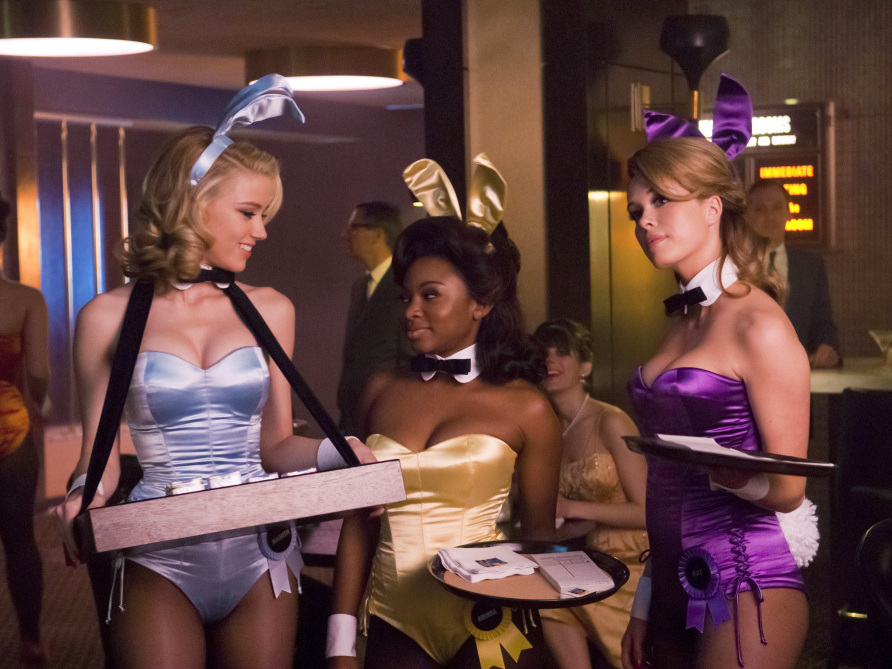 Actresses Amber Heard, Naturi Naughton and Leah Renee in a scene from NBC's The Playboy Club.

One male character in Pan Am dubs the fleet of stewardesses "a new breed of women." The networks must want viewers to remember that because ABC and NBC have played up their characters as gender pioneers — using their good looks and charm to get by in a man's world.

At times, it might be hard to look beyond the corsets and bunny ears and see a feminist, but Wilson says the formula can serve as a springboard for richer characters.

"Yes, the women are hot; they're in tight clothes," she says, "but I do think it allows for interesting evolution of character when you start with a girl who's kind of confined to this costume."

Wilson says there is something oddly comforting about watching "train-wreck history." She says watching these characters on the front lines of sexism elicits a combination of shock and relief. Network television is able, she says, to show us the uglier parts of our past in a lighthearted way.

"I think it really actually affords us appreciation for how good things are now," she says.