Accessibility links
When Scientists Fail, Call In The Gamers For more than a decade, Researchers were stumped by the structure of a tiny protein that causes AIDS in rhesus monkeys. Eventually they turned to computer gamers, who figured out the protein's structure in just 10 days. 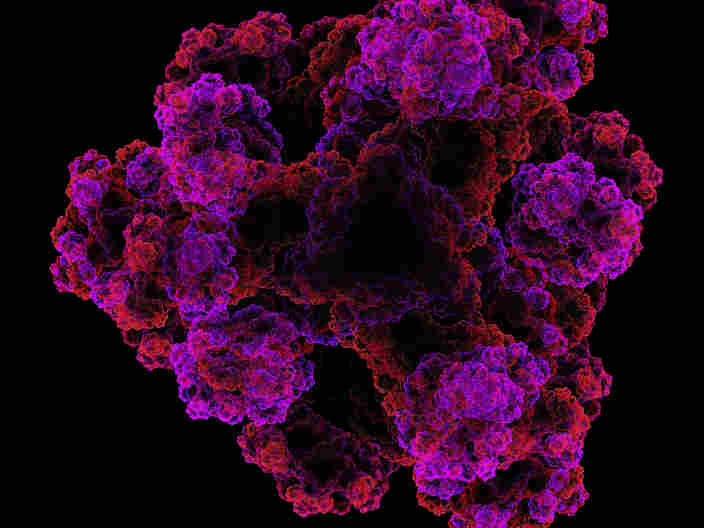 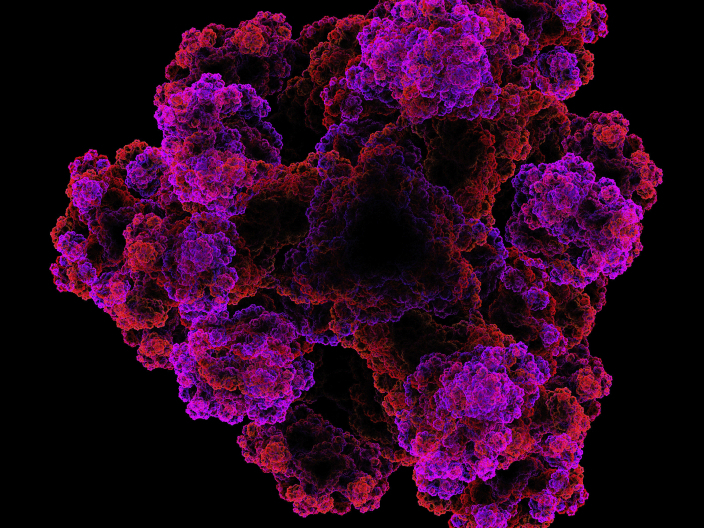 Proteins are incredibly complex, yet tiny — so tiny that conventional imaging techniques often can't capture them.

Researchers at the University of Washington were stumped. They were looking at a protein that causes AIDS in rhesus monkeys, but after 14 years of study, no one was able to figure out the protein's exact structure.

Researcher Firas Khatib tells Rachel Martin, host of weekends on All Things Considered, that even the most advanced imaging techniques couldn't capture this little particle.

"The reason that the problem is so hard is that proteins are so small you can't see them with a microscope," he says.

Also, a protein can fold up into so many possible shapes that a computer can't run through them all.

But when scientists failed, gamers came to the rescue.

Seth Cooper, creative director of the university's Center for Game Science, had invented a computer game called Foldit, in which players compete against one another to design the most accurately folded proteins.

"There are all these little pieces and atoms that need to fit together in just the right way for the protein to fold," Cooper says. "It's a lot like a 3-D jigsaw puzzle, or kind of like a 3-D Tetris."

Cooper describes proteins as a sort of phone cord, which begins to coil up on itself even as it's being manufactured. Foldit players are trying to figure out exactly how those coils fit together in a given protein.

Khatib decided that human intuition might succeed where high-powered computers and microscopes had failed. He gave the Foldit players a task: take the best available models of the mystery protein and see if you can actually figure out the structure correctly.

Now, Khatib says, his team can begin working on drugs that target the AIDS-causing protein.

"That's basically the essence of being able to solve proteins," he says. "Until you know exactly how they look like, you can't target them in any way with drugs."

The Foldit team isn't just trying to figure out the structure of existing proteins, it's working on designing brand-new ones. Right now, the game is challenging players to come up with a protein that could fight the flu.

"We can actually take the proteins that are designed by players in the game, and ... synthesize them in the lab, and actually make their designs real," Cooper says, "and see if they work as we expect them."

Try your own hand at Foldit