Accessibility links
First Listen: Björk, 'Biophilia' For Biophilia, the iconic pop musician collaborated with iPad developers on a music app that allows fans to interact with her songs. The music is spacious, bold and brilliant. 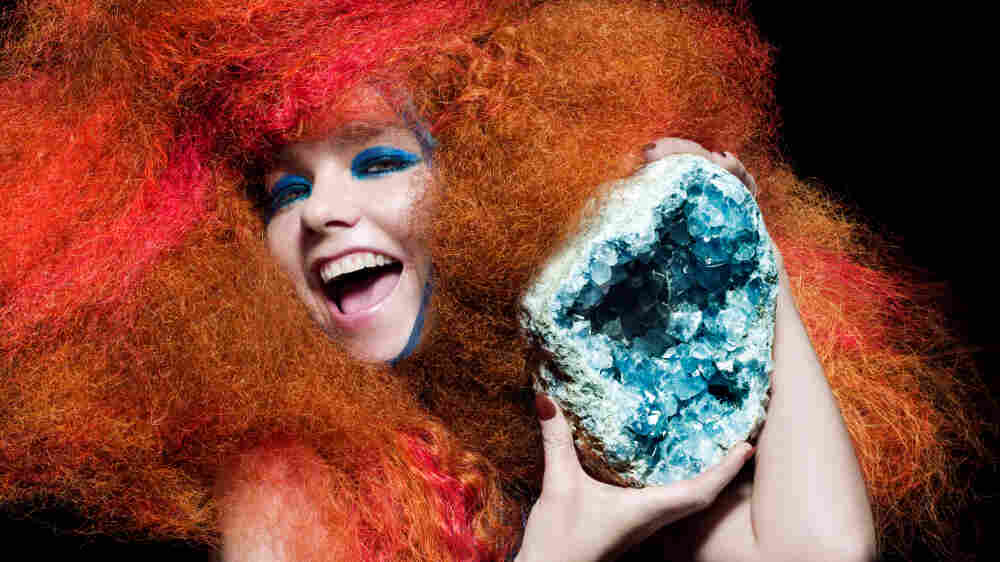 Bjork's Biophilia was created in collaboration with iPad app designers to create an interactive musical experience. 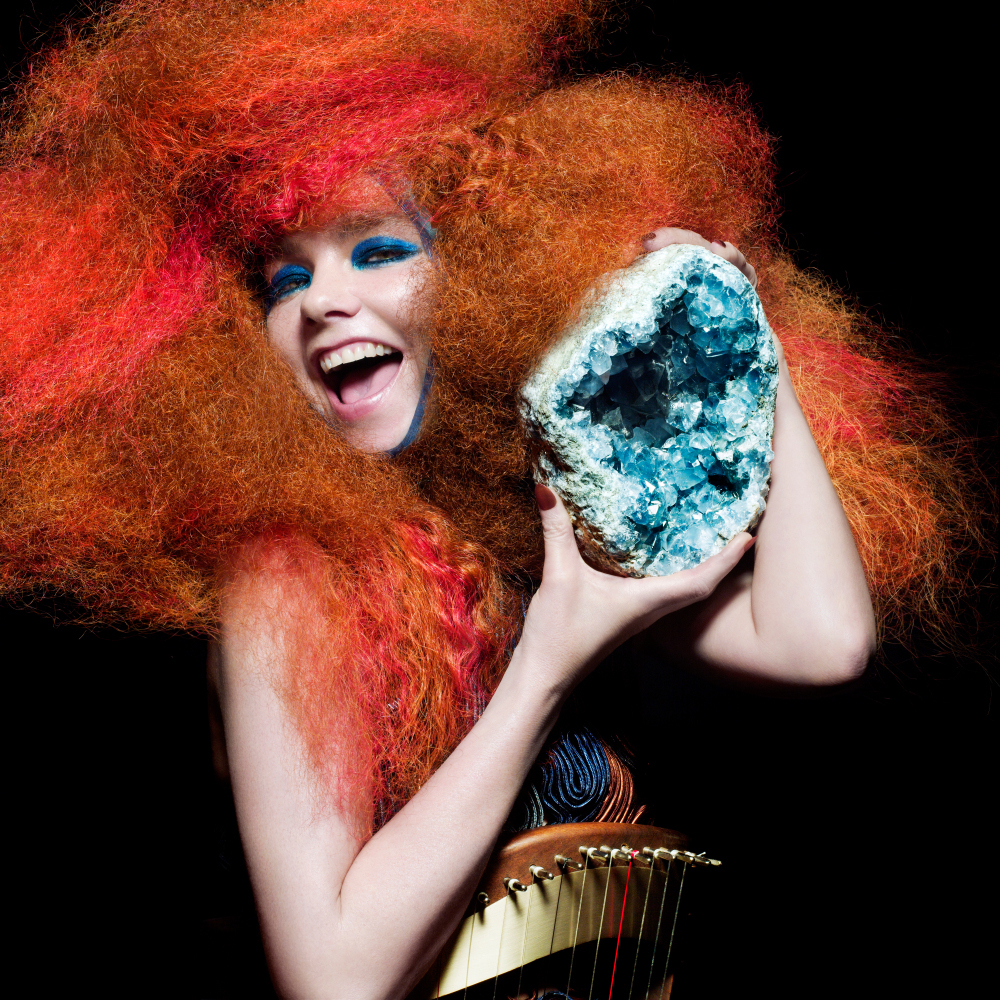 Bjork's Biophilia was created in collaboration with iPad app designers to create an interactive musical experience.

Audio for this feature is no longer available at the request of Nonesuch Records.

Björk is not one for half measures: When she embarks on a new project, it's guaranteed to be a fully conceived artistic statement. For more than two decades, the Icelandic pop musician has created album after album of genre-bending, globe-spanning, forward-thinking songs with oversized intentions and flair that's distinctly her own. Björk has been similarly imaginative in other media, too; in her wild, colorful costuming and bizarre hairstyles, and in her mind-blowing music videos. There's no one else out there quite like her.

So it's fitting that Biophilia, Björk's latest and most ambitious project yet, began as a collection of songs written around themes of nature, science and humanity's relationships to both. For most artists, that'd be a lofty enough concept on its own. But Björk heavily researched astrophysics, string theory, neurology, biology and other areas where science and music meet. Her big ideas didn't stop there.

She also wanted people to explore inside the music and ultimately collaborate with it. For Biophilia, she'd originally envisioned a musical house — like a museum, she's said — wherein people could roam from room to room, with each interactive space designated to a different song. Later, she envisioned an IMAX film experience with visionary filmmaker Michel Gondry. When both of those ideas fell through, Björk commissioned an iPad app with which users can manipulate her music with various games, remix it and further understand the scientific and musical principles behind each song. It's a lot like her idea for the musical house, but in a digital environment. It's also just the kind of bonkers vision that Björk would be drawn to, and if it all works, it ought to be ingenious and tons of fun.

That said, for all the talk of the app, the biggest danger is that the songs themselves might end up being secondary to the grander statement. But, isolated from the iPad, Biophilia's songs are astounding. With a project like this, you might expect the music to be buried in layers of instruments — as on Björk's last album, the hyper-charged Volta. Instead, Biophilia benefits from being pared-down and minimalist. Each work focuses on a specific set of non-traditional instruments (no guitar, no piano) that serve as the backbone for each track. Amid rumbling synths, regal horn passages and crisply plucked string sequences, Björk uses specially made instruments like a "gravity harp," a Tesla coil, a group of pendulums and the clanging "gameleste," a hybrid of gamelan and celesta, played remotely with an iPad.

She also employed the iPad's touchscreen interface to create many of the glitchy digital sounds and skittering, chopped-up beats. Björk has explained that it helped her rethink her own natural tendencies. "All my songs end up being 83 BPM," she recently told Wired magazine, "which is the speed I walk. I felt stuck. I was writing most of my songs in 4/4: verse, chorus, verse, chorus." As on another previous album, Medulla — on which each instrument was crafted from a voice or vocal sample — Björk's self-imposed constraint has actually opened her up to a more spacious songwriting style. These songs have room to breathe, employing space and silence as much as melody and harmony. The sparse instrumentation and arrangements become gorgeously intricate meditations on which to build.

Yet at the heart of Biophilia is, of course, Björk's iconic, haunting voice. Vocal melodies unfurl more like transcendent devotionals than typical verses, and become even more stirring when accompanied by a chorus of voices that could fill a cathedral. Still, even as Björk chants and sings of nature, biology and the origins of the universe, songs like "Cosmogony" and "Moon" remain intimate and affecting by using scientific ideas as metaphors for universal sentiments. "Like a virus, patient hunter, I'm waiting for you, I'm starving for you," she sings in "Virus."

There's much to unpack with Biophilia; it takes many listens to grasp what's happening. For many, Björk's music can be strange and challenging, and it might not connect with everyone. But it's hard to deny her admirable and inspiring devotion to pushing the envelope musically. Björk is such an odd, elusive iconoclast that you truly never know what she'll try next. As always, that's part of the joy here.