Accessibility links
DVD Picks: 'The Honeymooners' Bob Mondello recommends a new box set that brings you some of the forgotten moments of one of television's most influential series. 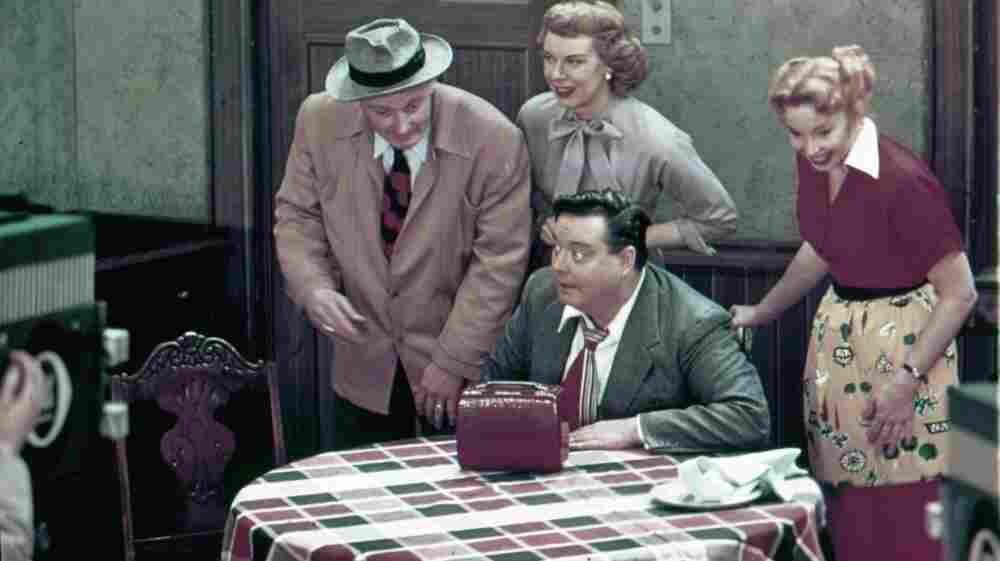 Before the Honeymoon: The classic cast is Art Carney and Joyce Randolph as Ed and Trixie, Jackie Gleason and Audrey Meadows as Ralph and Alice Kramden. But in some early "lost" episodes, Alice was played by Pert Kelton — and Trixie by future Broadway and cabaret star Elaine Stritch. 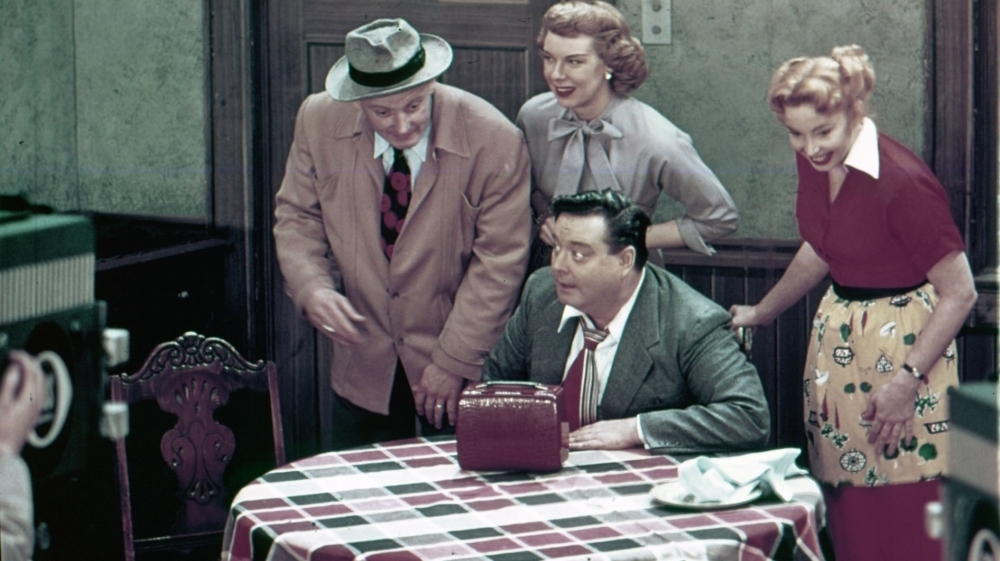 Before the Honeymoon: The classic cast is Art Carney and Joyce Randolph as Ed and Trixie, Jackie Gleason and Audrey Meadows as Ralph and Alice Kramden. But in some early "lost" episodes, Alice was played by Pert Kelton — and Trixie by future Broadway and cabaret star Elaine Stritch.

Time for our movie critic Bob Mondello to suggest something for home-viewing. Today, he's exploring a 15-disk collection of classic TV comedy that nobody's seen for a while: The Honeymooners: The Lost Episodes.

What are known as the "classic" 39 Honeymooners half-hours first aired on CBS in 1955 and 1956, but they played in syndication for decades. That's how most of us know the show's iconic characters: Ralph Kramden (Jackie Gleason), his wife Alice (Audrey Meadows), their sewer-worker neighbor Ed Norton (Art Carney) and his wife Trixie (Joyce Randolph).

But before it was a sitcom, The Honeymooners was a sketch, and this collection goes back to the very beginning: 6 minutes and 38 seconds from the Oct. 5, 1951, edition of the variety show Cavalcade of Stars. Their run-down New York tenement looks just as it would later, but Alice doesn't. She's played not by Meadows, but by Pert Kelton, who lost the part after that first season of sketches, when her husband sued the anti-communist magazine Red Channels, which had labeled him a subversive. 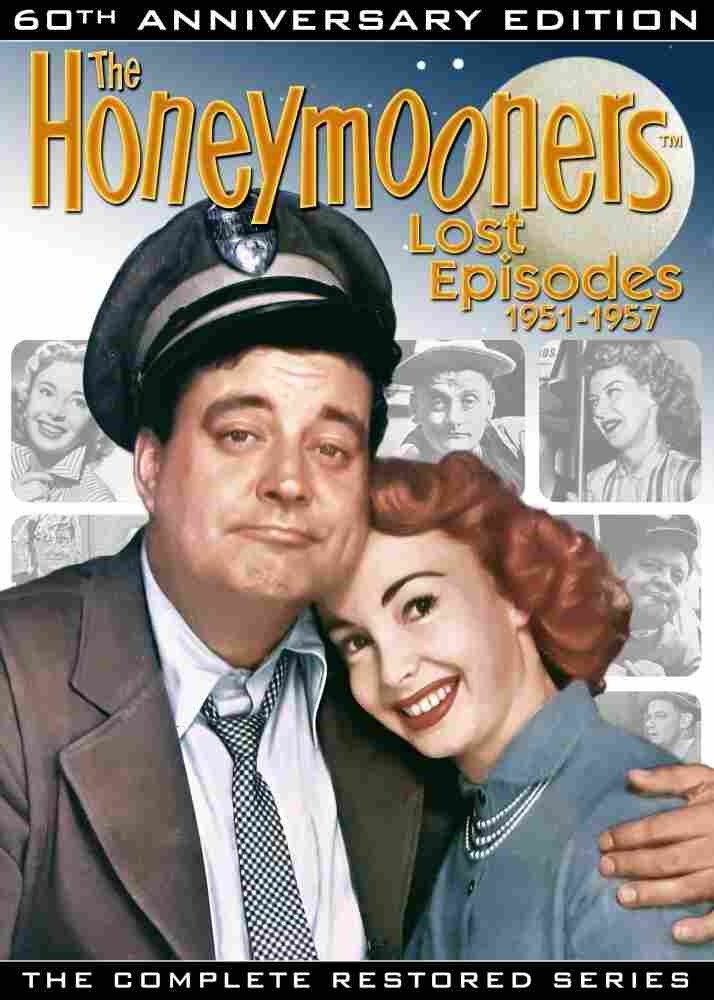 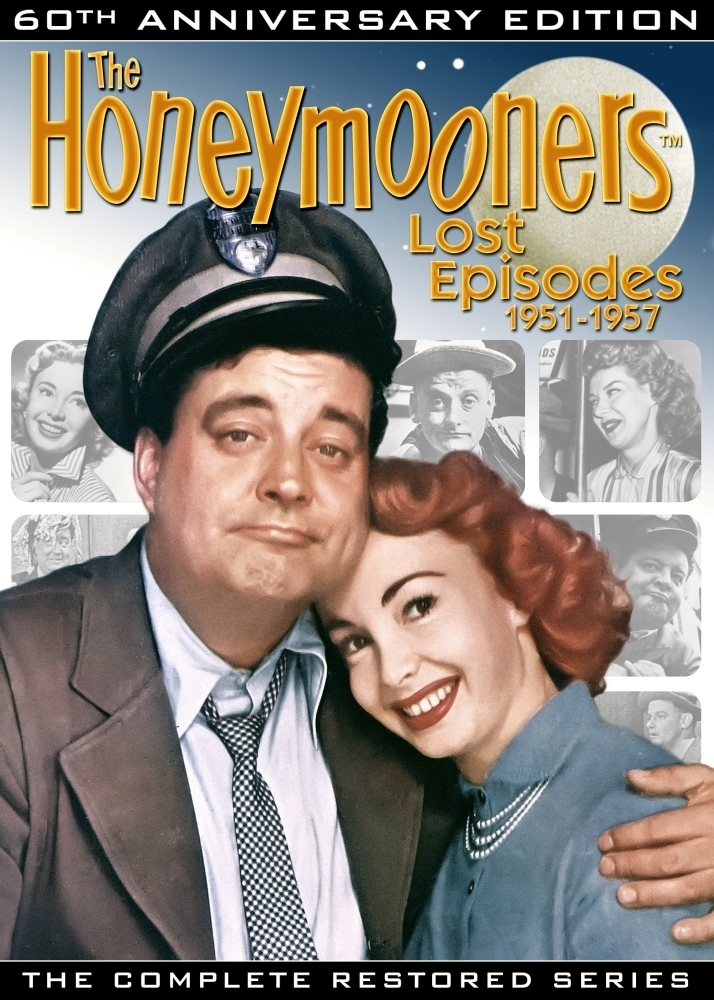 Kelton's tougher, raspier Alice does serious battle with Gleason's Ralph in that first episode, hurling stuff out the window, including a can of flour that hits actor Art Carney on the head. Only he's not playing sewer-rat Ed Norton yet; he's just a passing policeman.

If the characters aren't always familiar early-on, the plots often are — short versions of what would later turn into half-hour episodes. Also those catch-phrases that both Alice and the audience knew were empty threats: "To the moon, Alice!" and "One of these days ... Pow, right in the kisser."

Gleason kept the original kinescopes in a private vault for decades, and though some of these "lost" episodes have been available since the '80s, this 60th Anniversary collection still has fresh treats, including the home-video debut of eight musical Honeymooners episodes from 1957, when the Kramdens won a trip to Europe.

Other curiosities include Honeymooners parodies on the Jack Benny show, scripts from missing episodes, and some Cold War-era sarcasm, in a bit where Ralph is mistaken for a Soviet Commissar and asked to comment on the sad plight of the American worker. Who better than TV's proletarian, after all, to set that record straight? A prole who's blustery, but can always be tamed in the final scene by his wife.