Accessibility links
Mississippi's Jobs Plan: New National Model? The state subsidized portions of workers' salaries in the hopes that it would lead to permanent jobs. Six months after the program ended, more than half of the participants were still working. "It just takes a bit of the sting out of the cost of hiring," says one employer participating in the program. 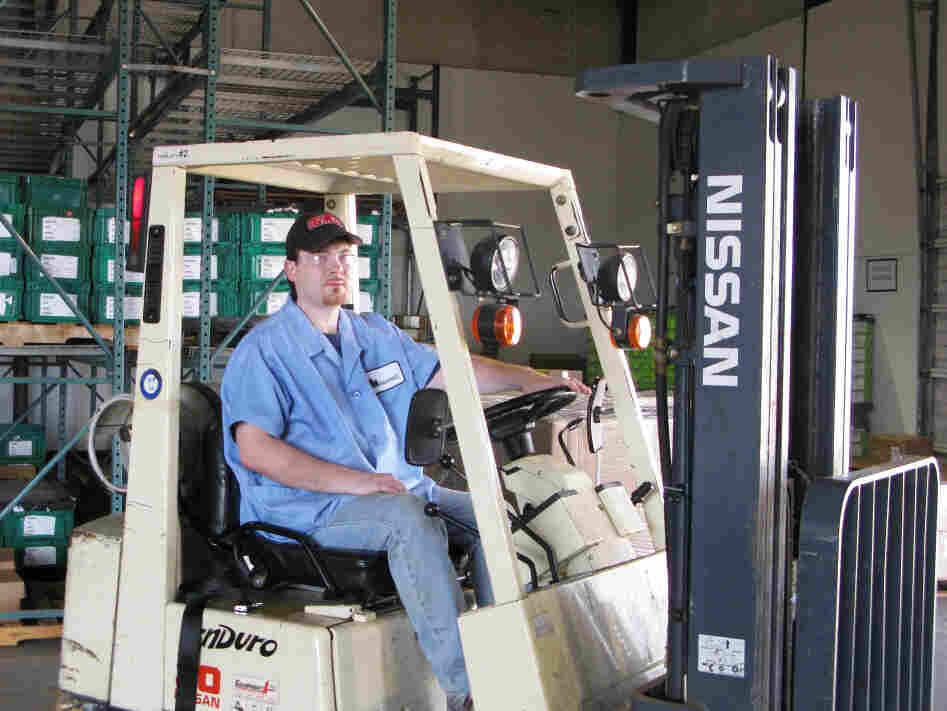 Brian Vandevender says a tough economic market prevented him from getting a good job until the state brought back the program it calls STEPS 2 last month. He just got a position working for a company that makes auto parts and supplies and hopes it will turn into a full-time job when STEPS ends in December.

As President Obama sells his jobs initiative across the country, people in Mississippi point to a program they say is already creating jobs. Mississippi has attracted attention because economists like the way the state got employers to share the cost of hiring workers.

Under the Subsidized Transitional Employment Program and Services, or STEPS for short, the state pays part of the cost of workers' salaries in the hopes that the subsidy will lead to full-time jobs.

Some analysts say this could be a national model, but it comes with a price tag.

From Unemployed To Full-Time

In the STEPS program, which started last year, the state used federal stimulus money to pay 100 percent of salaries in the first month of employment, down to 25 percent six months later. Companies hired new workers who met poverty guidelines and had at least one child under 18 in their home.

Jamita Washington, a single mother with four kids, was unemployed for two years before the program came along.

"I had bills that I had to pay. I was getting evicted. It was hard; I couldn't find a job anywhere," Washington says.

The STEPS program, which ran from January to September 2010, was aimed at encouraging employers in Mississippi to hire unemployed workers for six months. The state paid a portion of the employee's salary (100 percent the first month, down to 25 percent in the sixth month).

Employers also signed an agreement to encourage long-term employment, though that was not a guarantee.

— Be a public hospital, private for-profit or private nonprofit business; carry a workers' compensation policy or have proof of a self-insured plan; have an accounting system in place.

— Be a U.S. citizen and resident of Mississippi over 18 years old; have a child living in the home; have a total family income that doesn't exceed the poverty guideline.

When STEPS ended, Washington got a full-time job making minimum wage with Magnolia Metal & Plastic Products in Vicksburg, Miss. She's one of about 60 people working at the plant, which makes window screens and other parts for windows.

Washington later got a small raise and now works as a clerk in the shipping department. She says STEPS gave her a chance even though she had been unemployed for a long time.

"You go in there, you do the best that you can do," she says. "You show that you are appreciative for that opportunity. You prove yourself and employers [will] pay attention."

Chuck Williston, the operations manager at the plant, says the company was happy with the people it got through the program.

"I think they did a really good job of screening people," he says.

The plant took a hit as the housing industry declined, and Williston laid off employees a few years ago. He acknowledges the unemployment rate is high here, above the national average, but says he would have filled his opening without STEPS.

"I'm not sold 100 percent on it but it worked for our employees and it worked for us," he says. "Long term, is that the answer? I don't know."

Williston says two of the four people he hired through STEPS are still working here. And Mississippi officials say more than half of the 3,200 who got jobs were still employed last spring, six months after the program ended.

Stan McMorris with the state Department of Employment Security says these people are now in unsubsidized jobs, and that's the point.

"We had 1,800 permanent jobs created," McMorris says. "They're now a taxpaying, wage-earning individual that have been lifted up to the point [where] they're being successful."

Analyst LaDonna Pavetti with the Center on Budget and Policy Priorities, a Washington research group, says the program gets companies that are reluctant to hire to take action.

"Even if it's short term, it has huge benefits," Pavetti says. "And the reality is, for somebody who is unemployed, six months of employment is better than nothing. And for the businesses that are struggling, what you hope is that six months may ... allow them to generate enough business that they'll be able to hire somebody at the end."

It just takes a bit of the sting out of the cost of hiring another person ... This does stimulate us to perhaps take action earlier than we might otherwise.

Some small businesses with one or two employees complained of too much paperwork and too many rules, like having to pay for workers' compensation insurance.

"My problem is ... the restrictions, really, that I see whenever they do these programs," says Greg Cronin, owner of Cascades Racquet Club in the suburbs of Jackson, Miss. "I'm probably more of the small company who would love to make a step forward, who watches other companies get the breaks [and] get these assistive programs but still not have something except an increase in property tax on me."

Cronin says the government is using taxpayer money to help certain companies, rather than creating a stable environment for all businesses to thrive. The state spent about $20 million on the program.

'For Me It Means A Future'

Yet it was so popular that after a yearlong hiatus, a new, yet much smaller version started a few weeks ago, called STEPS 2. This time, it's a four-month job subsidy. Multicraft International, a company that makes auto parts and supplies in Pelahatchie, Miss., is one company taking advantage of it. 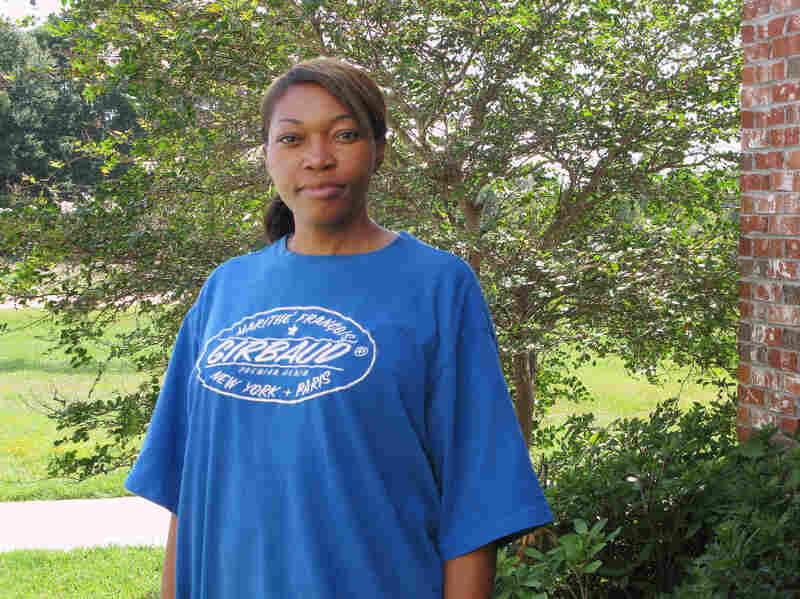 Jamita Washington was unemployed for two years before the STEPS program was introduced in Mississippi. She landed a full-time position at a manufacturing plant in Vicksburg and has remained employed for 18 months. 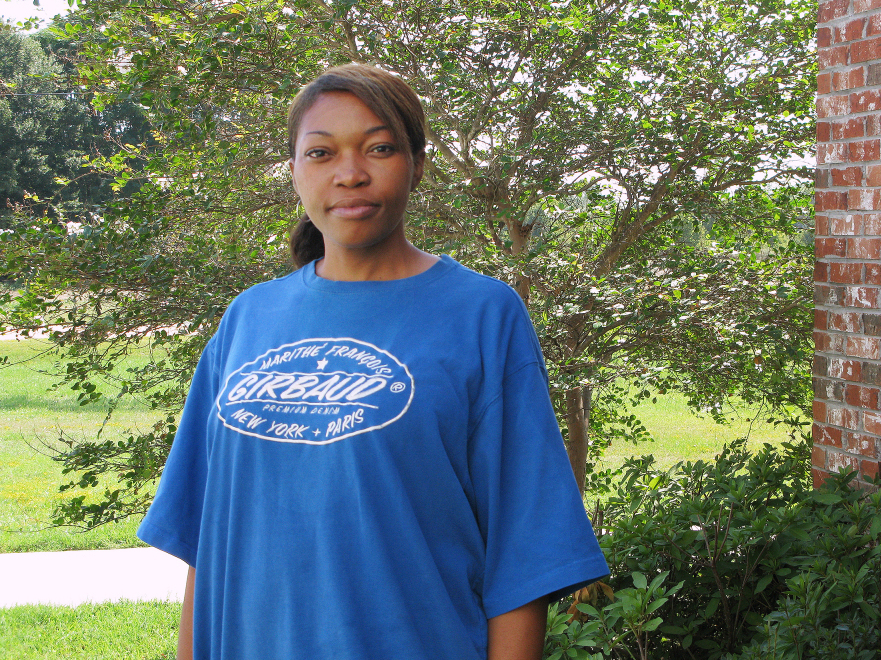 Jamita Washington was unemployed for two years before the STEPS program was introduced in Mississippi. She landed a full-time position at a manufacturing plant in Vicksburg and has remained employed for 18 months.

The company also downsized because of the economy, but CEO Andrew Mallinson says it's is now hiring back and using STEPS to do it.

"It just takes a bit of the sting out of the cost of hiring another person," Mallinson says. "We're happy to do that when the business conditions allow but this does stimulate us to perhaps take action earlier than we might otherwise."

Multicraft just hired Brian Vandevender, who has done electrical work for builders but for the past couple of years has been doing odd jobs because he couldn't get a full-time position.

"Now I'm 40 hours a week and they gave me the opportunity," Vandevender says. "I ain't going to let nobody down."

Vandevender works in the warehouse, and there's no promise of a full-time job once the state stipend runs out, but that's clearly what he's hoping for.

Funding for the Mississippi STEPS program runs out in December, but Obama's jobs bill contains a proposal that would give states $5 billion for job training and subsidized employment. The question is whether Congress is willing to pay for it.