Accessibility links
Swans In Concert: ATP Festival 2011 In a two-hour set, the relentless and masculine noise-rock band was absolutely Wagner-ian in scope. 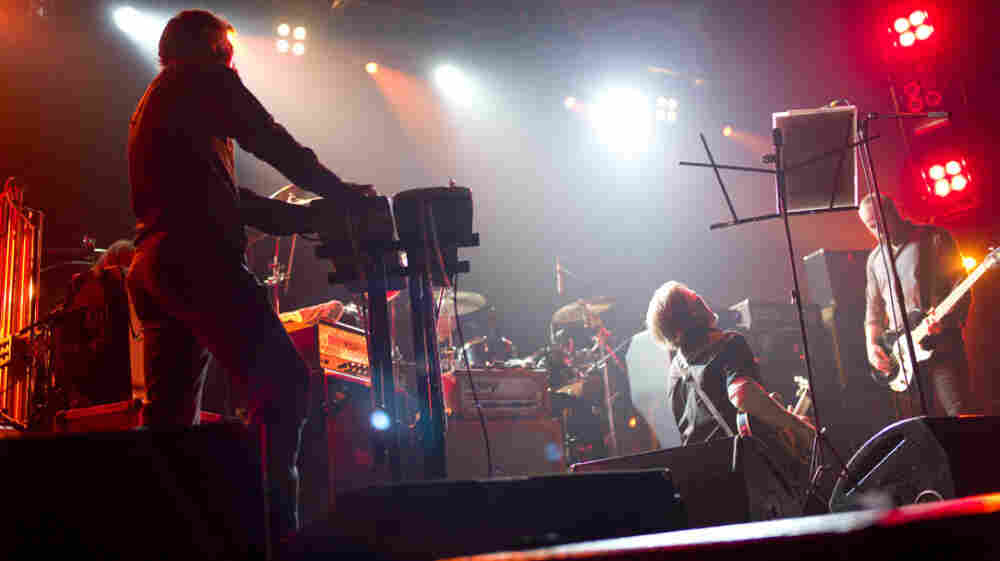 Swans at the Paramount Theatre for All Tomorrow's Parties. 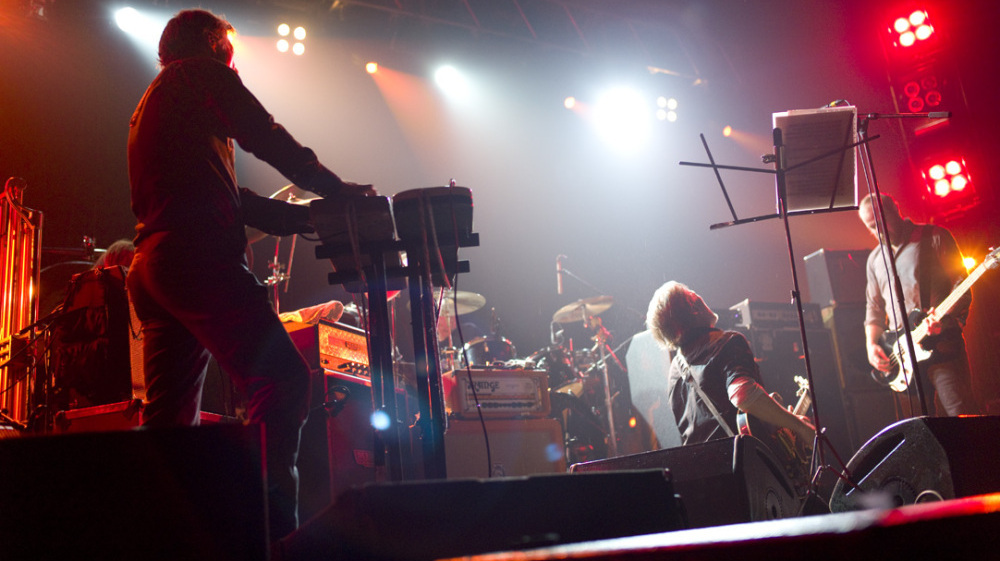 Swans at the Paramount Theatre for All Tomorrow's Parties.

Language Advisory: This is a live concert recording, and may contain language not suitable for all audiences.

Swans never broke up. The blistering and artful noise-rock band just went away for a while — 13 years, to be exact. From all accounts, every time Swans hit the stage during its harrowing existence, it was like a premonition of End Times.

After several years and other projects, frontman Michael Gira reconvened the band in 2010. It wasn't a reunion, because the resulting new album, My Father Will Guide Me Up a Rope to the Sky, was more like the next step. Live, Gira is not unlike his kindred spirit in Woven Hand, shepherding a swirl of foot-stomping chaos, but in five songs smeared over two hours, Swans was absolutely Wagner-ian in scope. The result was masculine and relentless, yet alluring in every respect.

Back To Top
More from All Tomorrow's Parties