Accessibility links
'Terrorists In Love': The Psychology Of Extremism What motivates someone to become a terrorist? That's the question former prosecutor Ken Ballen set out to tackle when he traveled to Saudi Arabia and Indonesia to interview more than 100 Islamist extremists. "We've never sat back and said, 'Let's really understand our adversaries,' " he says. 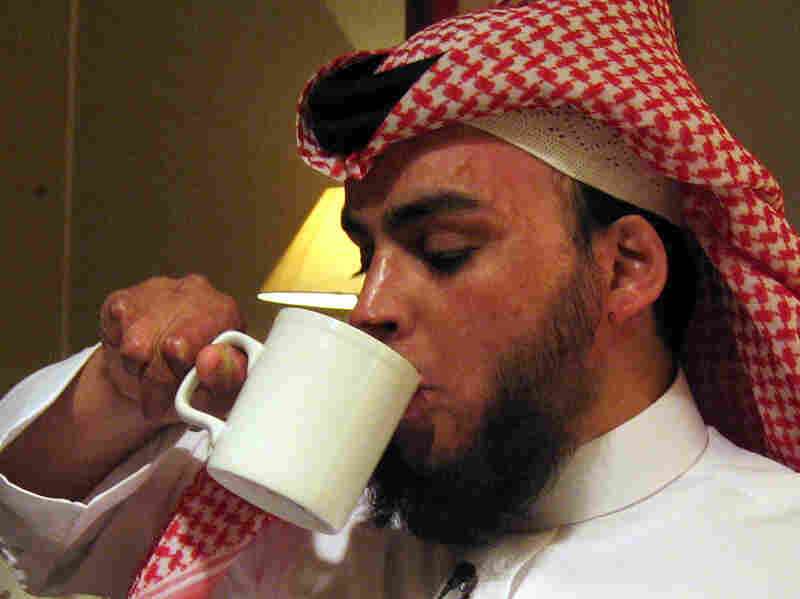 Ahmed Al Shayea left Saudi Arabia in November 2004 to join the insurgents in Iraq. He was misled into driving a butane-gas delivery truck, which was detonated by remote control in an attack that killed eight people and left him disfigured. Today, he wants would-be insurgents to listen to his advice: "There is no jihad. We are just instruments of death." 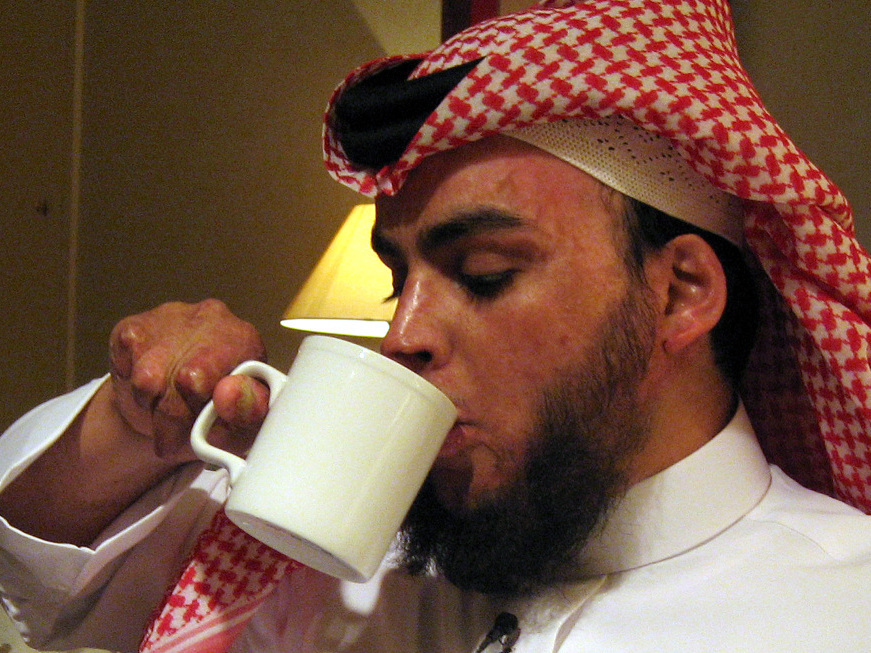 Ahmed Al Shayea left Saudi Arabia in November 2004 to join the insurgents in Iraq. He was misled into driving a butane-gas delivery truck, which was detonated by remote control in an attack that killed eight people and left him disfigured. Today, he wants would-be insurgents to listen to his advice: "There is no jihad. We are just instruments of death."

Ahmad Al Shayea grew up in Saudi Arabia in a middle-class family and dropped out of high school to join a local gang. Abdullah Al-Gilani fell in love with a girl who eventually married someone else. Zeddy was an old colleague of Osama bin Laden's.

All three men eventually decided to devote their lives to jihad. Their motivations and desires are explored in Terrorists in Love: The Real Lives of Islamic Radicals, a book by former federal prosecutor Ken Ballen. Ballen, a Congressional investigator, has spent the past five years interviewing more than 100 Islamic extremists to learn what motivated them to carry out violent attacks against the United States and others they considered enemies of Islam.

Terrorists in Love profiles six jihadis, including Malik, the spiritual adviser of Taliban leader Mullah Omar, and Al Shayea, who survived a suicide bombing attack in Iraq and spent time in a Saudi Arabian prison devoted to re-educating terrorists. 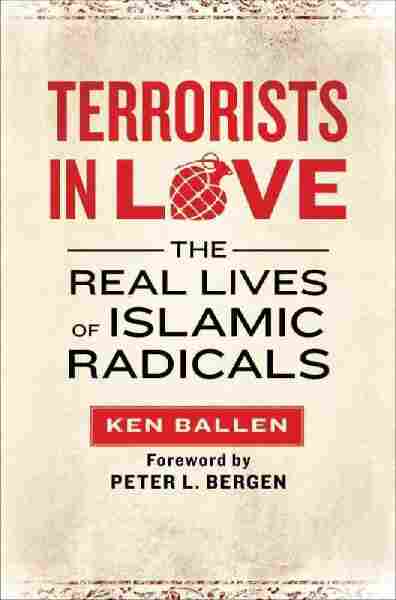 The Real Lives of Islamic Radicals

by Ken Ballen and Peter Bergen

"His face was entirely disfigured from the suicide bomb attack that he survived," Ballen tells Fresh Air's Dave Davies. "His hand was chewed up and the other hand was nothing but a stump."

So how did Al Shayea go from a normal middle-class Saudi upbringing to a jihadist fighter? Ballen says the answer is complicated, but goes back to Al Shayea's adolescence, when he became enraptured by the idea of giving his life to a glorious struggle.

"He had a very difficult relationship with his father," Ballen explains. "He had one incident where his father hit him, and he felt that because his father hit him, he was going to hell. [So] he is motivated by this idea that by going to fight against the Americans, he is doing the most good he can possibly do for his family, for himself and for God — and that he'll go to heaven if he dies."

But Al Shayea didn't want to die right away — he wanted to fight. He joined al-Qaida and went to Syria and then Iraq, where he stayed with 19 other jihadis from all over the world. Their leader repeatedly exhorted them to go out on suicide missions.

"But none of them volunteered," Ballen says. "Not one of them volunteered. As Ahmad said to me, 'I came to Iraq to fight for jihad, not die right away and go to heaven. What about helping my fellow Muslims here on Earth?' [The jihadis] were treated harshly. They were never trained. The way al-Qaida saw these recruits was to simply manipulate them for suicide attacks. They were almost human fodder."

One day, Al Shayea was told that he was going to Baghdad with two other jihadis. He was not told it was a suicide mission.

"They were told they were to drop off a tanker truck," Ballen says. "About 1,000 yards before they got to concrete barriers that Al Shayea saw coming, the two other jihadis jumped out of the tanker and said, 'Drive it straight ahead, we'll be right there to meet you.' He didn't know what to do. And before he knew it, it blew up. Eight people died." 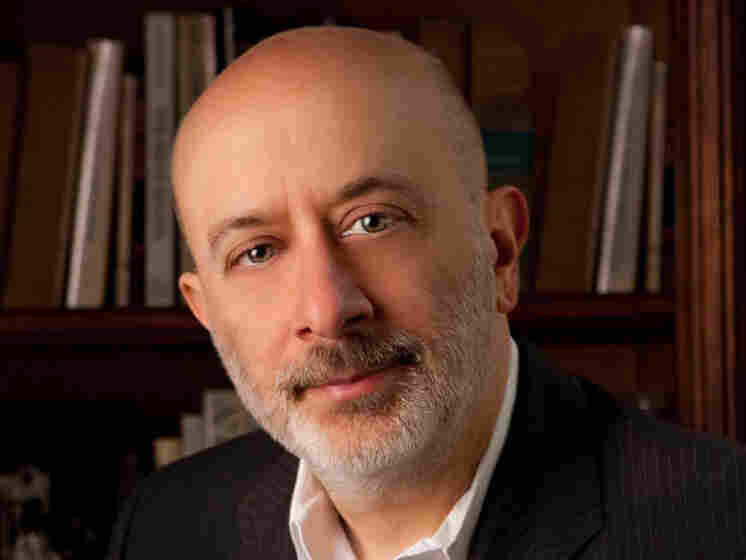 Ken Ballen is a former federal prosecutor and the founder and president of Terror Free Tomorrow, an organization that investigates the causes of extremism. 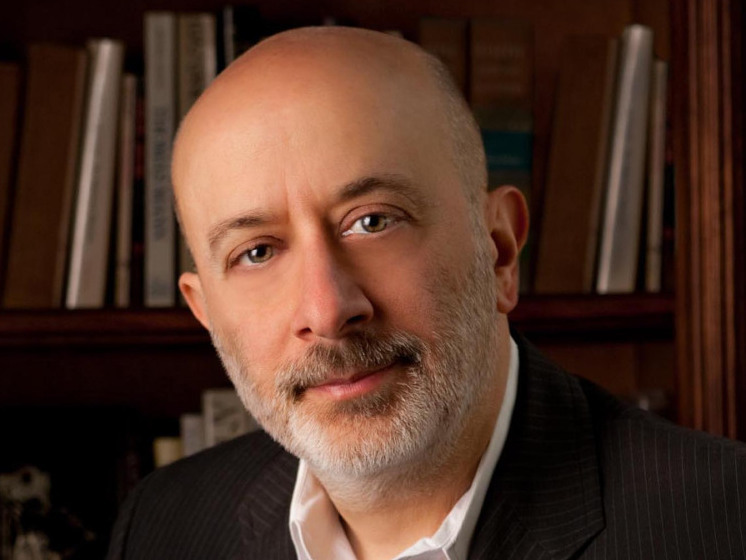 Ken Ballen is a former federal prosecutor and the founder and president of Terror Free Tomorrow, an organization that investigates the causes of extremism.

Al Shayea was initially treated as a victim at the scene. But Iraqi Security Forces soon realized he was at the wheel of the vehicle. After torturing him, the Iraqis sent Al Shayea to Abu Ghraib prison.

"He's absolutely terrified of what's going to happen to him," says Ballen. "Instead he's treated with kindness and respect, and for the first time in his life, he meets a woman outside of his family who takes care of him. ... He is absolutely transported by this experience. His beliefs go through a metamorphosis. He realizes, as he says, [that he was] used as a tool. ... He became a very pro-American person in his heart. He's still deeply religious. He believes very strongly in the Islamic faith. But he no longer sees Americans or infidels as the enemy."

For a time, Al Shayea lived at a prison in Saudi Arabia where former Jihadis are re-educated. Ballen interviewed 43 Saudi jihadist militants at the facility, which offers psychological counseling and vocational training. Over time, Ballen says, he came to have a better understanding of how extremists see the world.

"Within their belief system, what they're doing makes sense," he says. "They really believe ... they're doing good in the world. They're fighting for good. They're doing the right thing. They see themselves as saintly. ... And I think that's what we're missing in this entire war on terror. We've never sat back and said, 'Let's really understand our adversaries. Let's understand what makes them tick.' You have to dive in and talk to them to understand. ... They are motivated by ideas and beliefs. A completely militarized response to someone's ideas and beliefs will not defeat them. They'll continue to push harder for those ideas and beliefs."