Accessibility links
Is Nostalgia Enough To Save Friendly's? Industry experts say the iconic ice-cream parlor, which has filed for bankruptcy protection, has been hurt by the down economy. But Friendly's may also have crossed the line from classic oldie to obsolete. 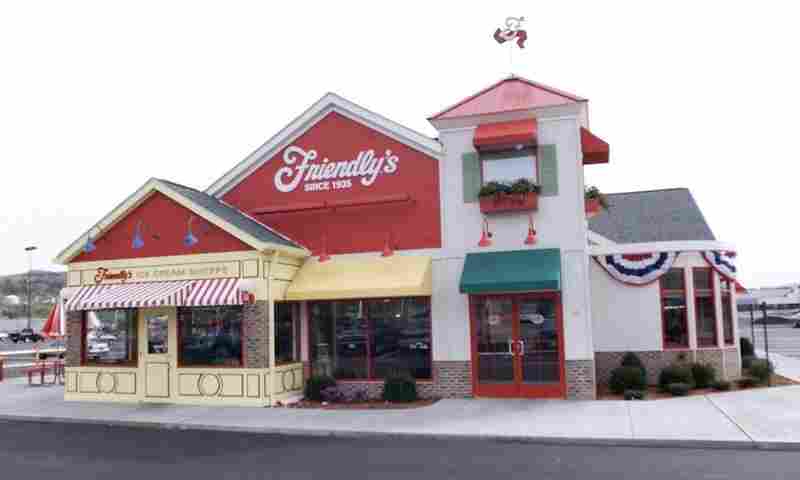 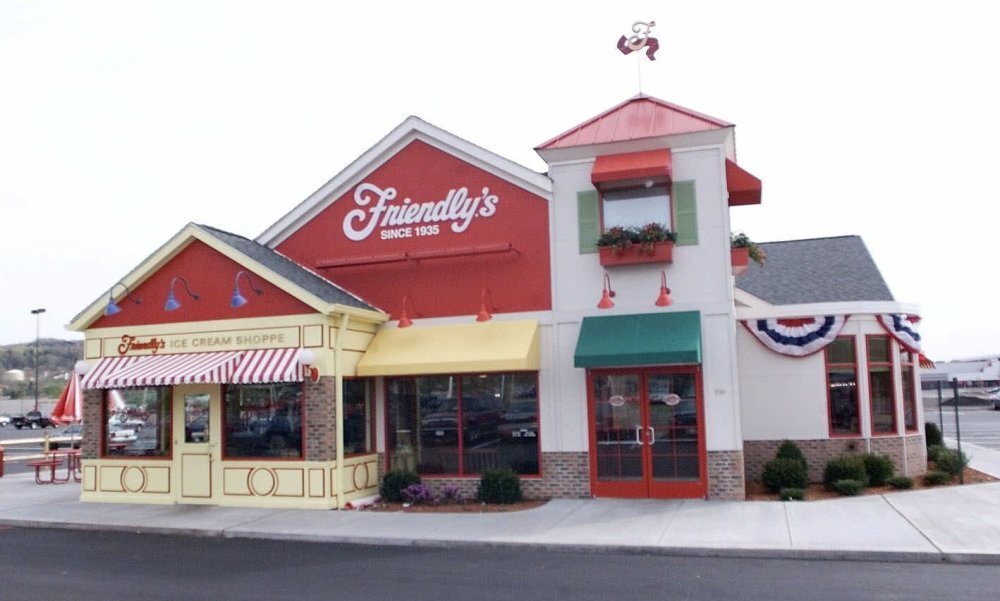 Ever since two brothers opened the first Friendly's ice cream shop in Massachusetts 75 years ago, the company has been serving up as much "family and feel good" as it has french fries and frappes.

Fans like Lane helped Friendly's expand to more than 600 locations by the 1980s. The chain filed for Chapter 11 bankruptcy protection Wednesday morning.

On Tuesday, news that the iconic ice cream parlor may be heading for bankruptcy drew a visceral reaction at a Friendly's in Watertown, Mass.

"Oh, that's so sad. I love Friendly's," says Michele Mederios, 46, who still takes her kids for the same "Fribble" milkshakes and clown-face ice cream cones she got as a kid.

Industry experts say the ice-cream parlors — half of which are franchise-owned — have been hurt by the down economy, but Friendly's may also have crossed the line from classic oldie to obsolete.

"Friendly's is an anachronism, really. It's a restaurant model that is no longer viable," says Christopher Muller, dean of the hospitality administration school at Boston University. He says it's hard for family coffee shops like Friendly's to offer full service to customers, while still competing with fast-food prices.

Friendly's is an anachronism, really. It's a restaurant model that is no longer viable.

"It's really in a squeeze from both the top and the bottom, and it's really been a slow downward trend," he says.

Indeed, Friendly's — owned by a private equity firm since 2007 — has consistently lagged behind competitors like Cracker Barrel and IHOP. A recent survey ranks it near last on value, atmosphere and service.

Abby Emara, 57, says she rarely ever goes to Friendly's anymore.

"They kind of look a little rundown," she says. "I mean, you get a sticky feeling when you go in there. Your elbows stick to the table."

Friendly's officials were not available to comment by deadline.

The company's new management has been working on changes. Perhaps true to a company founded smack in the middle of the Great Depression, CEO Harsha Agadi launched a major retraining and renovation plan right in the throes of the 2010 economic collapse.

"We are announcing the rebirth of the brand," he proclaimed at the time.

Friendly's has also recently launched several new concept Friendly's Express self-serve stores, and menus have been made more healthy and affordable. But is it too little too late?

"We watched over the years [as] a number of restaurant chains kind of stubbed their toes, so to speak, and then recover," says consultant Dennis Lombardi. He says bankruptcy might be just what Friendly's needs to ditch its unprofitable stores and rebuild.

"This is not, in my mind, about Friendly's disappearing," he says. "In fact, I think it's reasonably likely that we'll see Friendly's a stronger brand five years from now."

On its website, Friendly's chronicles its 75-year history of creating "family memories for generations." What's uncertain is whether future generations will be creating memories there, too.