Accessibility links
Researchers Advance Cloning Of Human Embryos The embryos would not be used for reproduction, but rather for the creation of embryonic stem cells. Many scientists believe that human embryonic stem cells made this way could revolutionize medicine.

The advantage of stem cells made this way is that they could be personalized to an individual.

[Egli's work] isn't the gold ring, but it's a major step forward.

Think of it this way: Let's say you know you're going in for surgery in a few months to have your hip replaced. The surgeon says you may lose blood during the surgery, and recommends that you donate a pint of your own blood in advance in case you need it during the operation.

The advantage of donating your own blood is that there's no chance your immune system will reject that blood if it's put back into you.

Cloning, or somatic cell nuclear transfer, as scientists prefer to call it, is a technique that allows you to make what is essentially a genetic copy of a living organism. Stem cells derived from a cloned embryo are made with one of your stem cells but will be genetic twins to all the cells in your body, so receiving a stem-cell transplant would essentially mean getting your own cells back.

Dieter Egli and his colleagues at the New York Stem Cell Foundation have taken an important step toward that goal.

First they took an egg, removed its genetic material, replaced it with the genetic material from an adult skin cell, and coaxed the resulting embryo to grow. This is basically the same technique Scottish scientists used to create the first cloned mammal, Dolly the sheep. (See the top path in the illustration below.)

But Egli says that just because something works in some mammals doesn't mean it necessarily has to translate to human cells. And as others have found in the past, embryos made this way wouldn't grow.

Then Egli modified the Dolly technique. He left in the egg's genetic material instead of removing it, and then added the genetic material from the adult cell. That did the trick. The embryo started growing. (See the bottom path in the illustration below.)

But there was a problem. 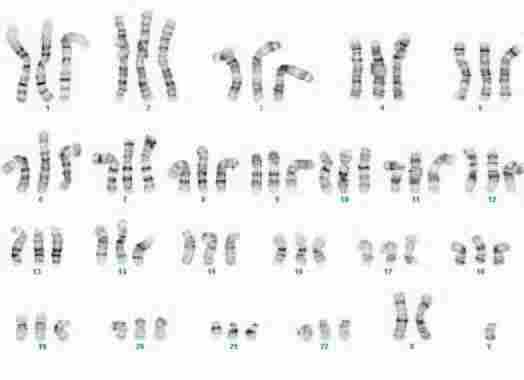 But at least Egli has answered the question of whether it's possible to make a cloned human embryo. "The clear answer of our paper to this is yes, and this is really the major finding of the paper," he says.

Egli says this result gives him the confidence to keep working with their approach, to see if they can make it work with just the two chromosomes that are supposed to be there.

But even if Egli perfects his cloning techniques, there are still many people morally opposed to this kind of research. Daley says a new kind of cell, called an iPS cell, may prove to be just as good as an embryonic stem cell, and iPS cells can be made without eggs or embryos.

"The jury is still out as to whether the iPS cells are going to be the gold standard in the long run. In the near term, it's still the embryo-derived stem cells," says Daley. So for now, he thinks work with cloned human embryos should continue.