Accessibility links
Rev. Fred Shuttlesworth, Civil Rights Pioneer, Dies Shuttlesworth led the battle against segregation in Birmingham, Ala. — a battle that focused the national spotlight on the violent resistance to equal rights in the South and forced change. He died Wednesday at 89. 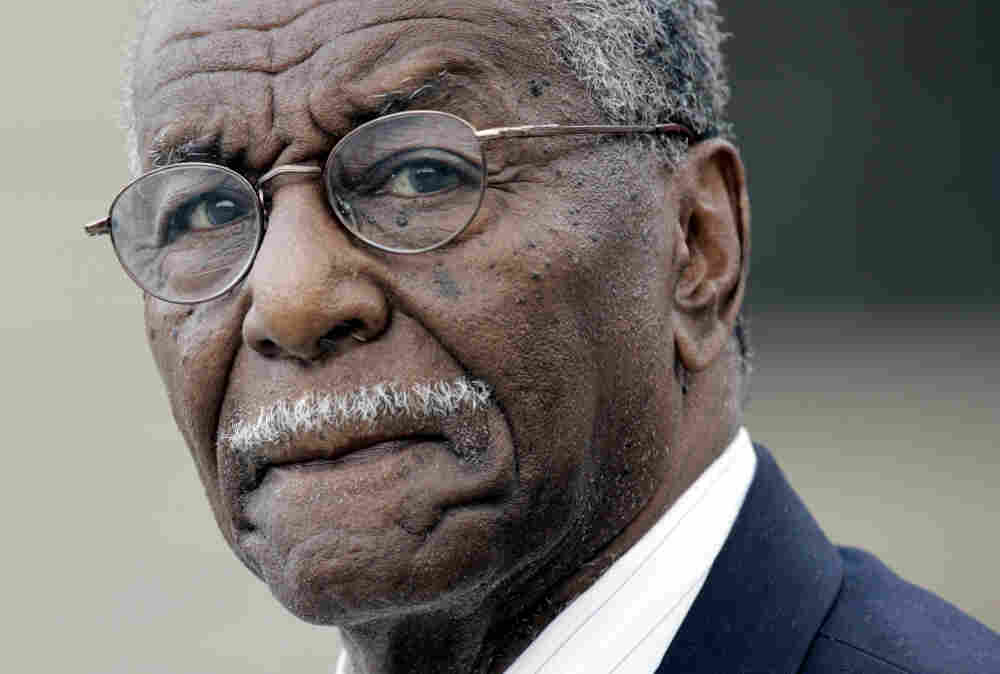 Civil rights activist Fred Shuttlesworth, hailed by the Rev. Martin Luther King Jr. for his courage and energy, died Wednesday in Birmingham, Ala. He was 89.

The Rev. Fred Shuttlesworth, a pioneer of the civil rights movement, died Wednesday in Birmingham, Ala. Shuttlesworth led Birmingham's battle against segregation — a battle that focused the national spotlight on the violent resistance to equal rights in the South and forced change. He was 89.

As Birmingham goes, so goes the nation. That belief was the driving force behind Shuttlesworth's crusade for equality.

"He was the soul and heart of the Birmingham movement," Georgia Rep. John Lewis said. It was Birmingham, he said, that brought the Civil Rights Act of 1964.

"Fred Shuttlesworth had the vision, the determination never to give up, never to give in," Lewis said. "He led an unbelievable children's crusade. It was the children who faced dogs, fire hoses, police billy clubs that moved and shook the nation."

A decade before that infamous standoff between authorities and young protesters in Kelly Ingram Park, Shuttlesworth was already pushing for change in what had come to be called "Bombingham." Dozens of black homes and churches were bombed, the cases rarely investigated by the city's all-white police force. In 1955, the charismatic young pastor of Bethel Baptist Church led a delegation of ministers who petitioned for black police officers.

Historian Horace Huntley of the Birmingham Civil Rights Institute said Shuttlesworth personally challenged just about every segregated institution in the city — from schools and parks to buses, even the waiting room at the train station.

"They had a white section and a colored section. Fred and his wife bought tickets, and they sat in the white section," Huntley said. "That was revolutionary for Birmingham of the 1950s."

When an Alabama judge outlawed the NAACP, Shuttlesworth founded a new organization: the Alabama Christian Movement for Human Rights. A year later, he helped create the Southern Christian Leadership Conference. 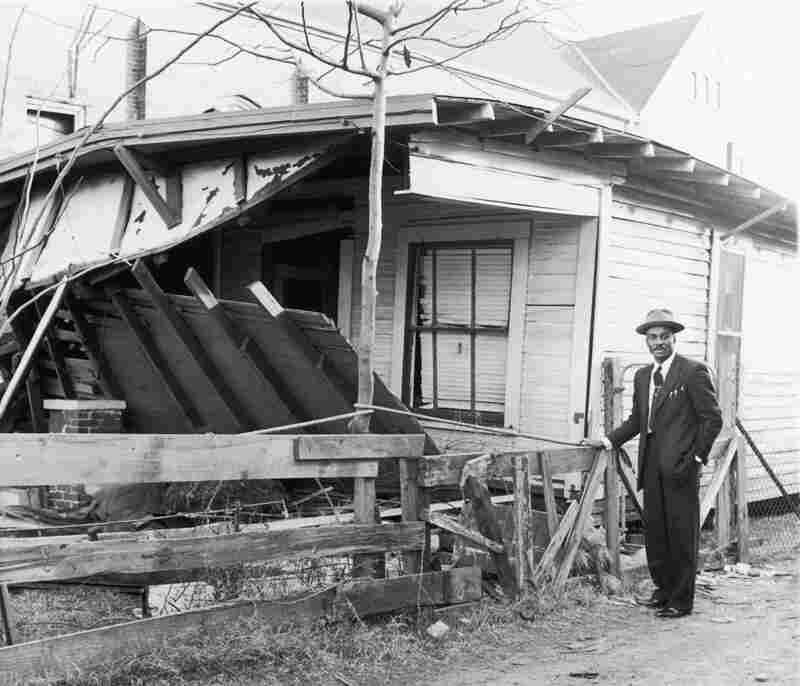 In this undated photo, Shuttlesworth stands near his Birmingham home after it was bombed. 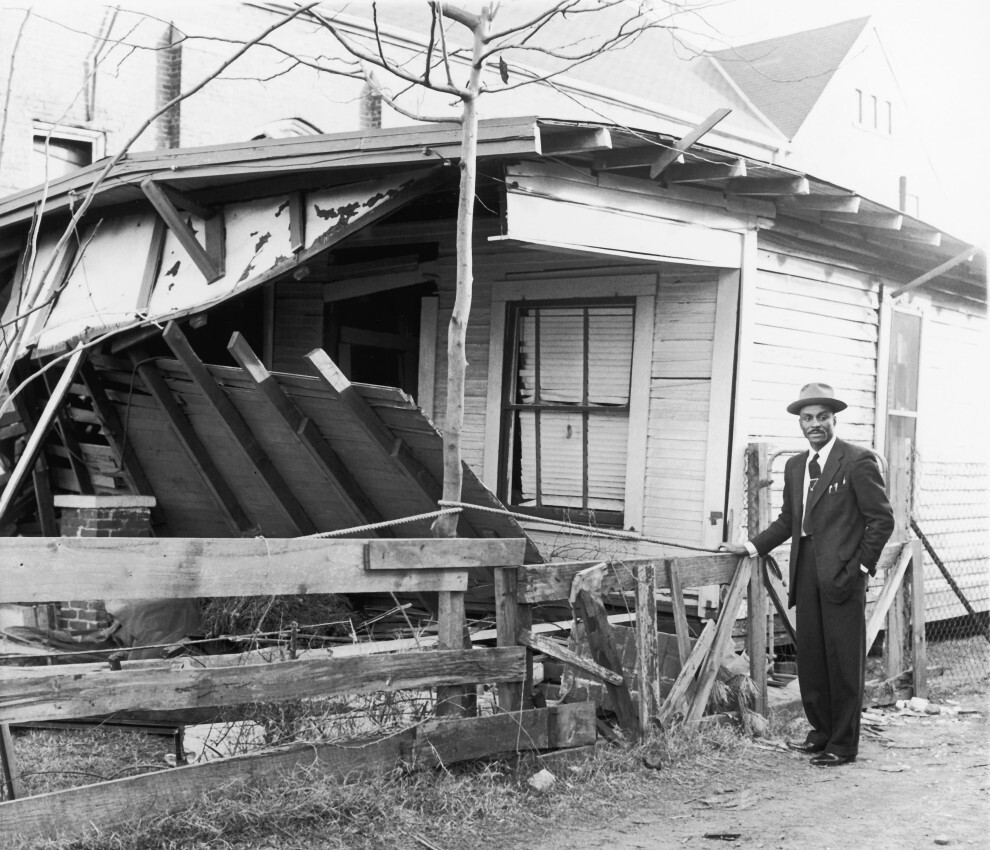 In this undated photo, Shuttlesworth stands near his Birmingham home after it was bombed.

The activities came with a price. He was repeatedly jailed. His home and church were bombed. But Shuttlesworth didn't back down.

"Instead of running away from the blast, running away from the Klansman," Shuttlesworth told the documentary Eyes on the Prize, "I said to the Klansman police that came — he said, 'Reverend, if I were you I'd get out of town fast.' I said, 'Officer, you're not me. You go back and tell your Klan brethren if God could keep me through this, then I'm here for the duration.' "

Another close call came at the hands of a mob in 1957 when he tried to enroll his daughters in an all-white high school.

"They really thought if they killed me — the Klansmen did — that the movement would stop, because I remember they were saying, 'This is the leader. Let's get this SOB; if we kill him it will all be over,' " Shuttlesworth recalled in a 1987 interview with NPR's Susan Stamberg.

After being struck with brass knuckles and bicycle chains, Shuttlesworth said, the doctor was amazed he wasn't in worse shape.

It was on display every time he went head to head with Birmingham's racist police commissioner, Bull Connor.

"He would lead demonstrations, and he would call Bull Connor and say, 'Bull, I will be on such and such corner; if you want to be part of history, be there,' " Huntley said.

A 1961 CBS documentary called Shuttlesworth the "man most feared by Southern racists."

It was Shuttlesworth who asked Attorney General Robert Kennedy to protect freedom riders, and the last thing Connor wanted was federal intervention. 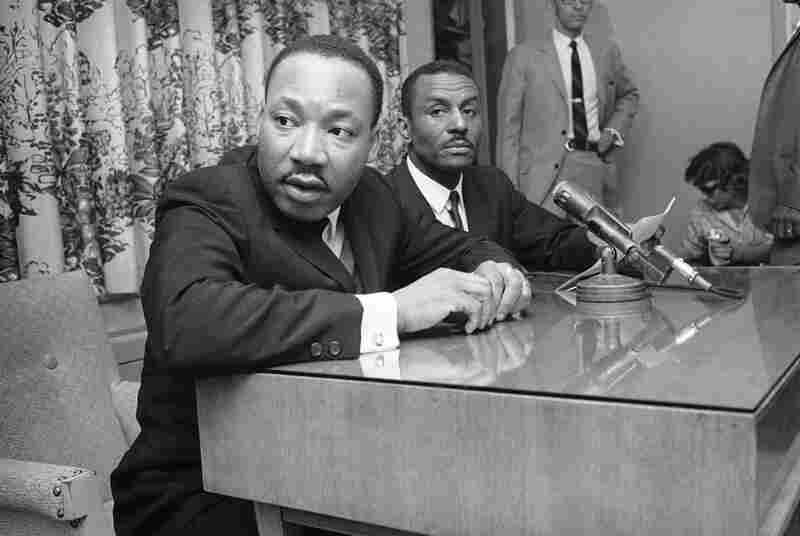 At a news conference in 1963, the Rev. Martin Luther King Jr. and Shuttlesworth tell the media that massive demonstrations will continue in Birmingham. 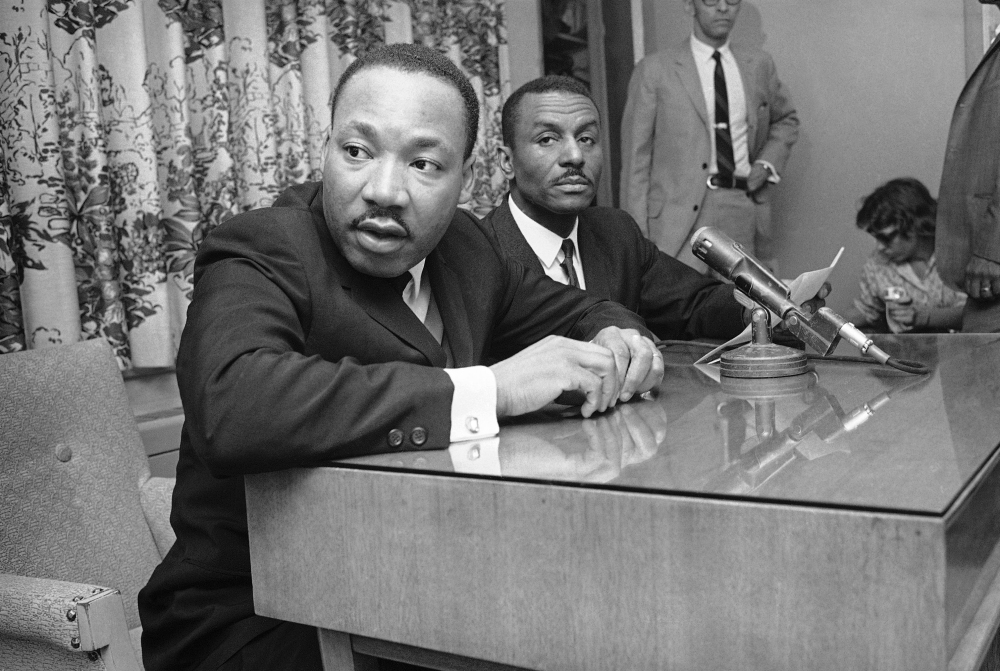 At a news conference in 1963, the Rev. Martin Luther King Jr. and Shuttlesworth tell the media that massive demonstrations will continue in Birmingham.

"You know those Kennedys up there in Washington — that ole Bobby Sox and his brother, the president — they'd give anything in the world if we had some trouble here," Connor said at the time.

And trouble was coming. Shuttlesworth was laying the groundwork for something bigger. In 1963, he persuaded the Rev. Martin Luther King Jr. to bring the civil rights movement to Birmingham after a dispirited campaign in Albany, Ga. Shuttlesworth told Eyes on the Prize he thought Birmingham could make a difference.

"I said, 'I assure you if you come to Birmingham, this movement can not only gain prestige, but really shake the country," he said.

He was right — prophetic, some said. King launched Project C, for confrontation.

Connor unleashed police dogs and turned fire hoses on the young demonstrators. When that didn't turn them back, he put them behind bars. More than 2,500 people were jailed, including the children. The shocking images appeared on the nightly news. President Kennedy declared the struggle for civil rights a moral issue.

All the time, the fiery Shuttlesworth kept his troops rallied for the cause.

The Lord knew I lived in a hard town, so he gave me a hard head.

"All we've got to do is to keep marching," he's seen telling demonstrators in Eyes on the Prize. "Do tomorrow what we did today, and do it the next day, and then the next day we won't have to do it at all. Because ... day before yesterday we filled up the jails, and then today we filled up the jail yard. And on tomorrow, when they look up and see that number coming, I don't know what they're going to do."

Shuttlesworth's tactics were controversial. He often pressed King for stronger action at SCLC meetings. He did not have the full support of Birmingham's black community, and some thought King's presence was a setback for race relations.

During the height of the struggle, Shuttlesworth took a new pastorate in Cincinnati and moved his family there. For years, he traveled back to Birmingham to lead demonstrations. And he pressed for racial justice in Cincinnati well into the 1970s.

Shuttlesworth returned to Birmingham in 2008 after suffering a stroke, and was being cared for in a nursing home.

One of his last public appearances was at a celebration of President Obama's inauguration, called "Where History Meets Hope."

Shuttlesworth came out in a wheelchair, a small American flag tucked into his breast pocket, too frail to speak.

The city of Birmingham plans to include his burial site on its Civil Rights Trail.