Accessibility links
Radiohead: Everything In Its Right Place Singer Thom Yorke and guitarist Ed O'Brien discuss the patchwork process behind the band's latest album, The King of Limbs — and the difficulty of adapting it for live performance. 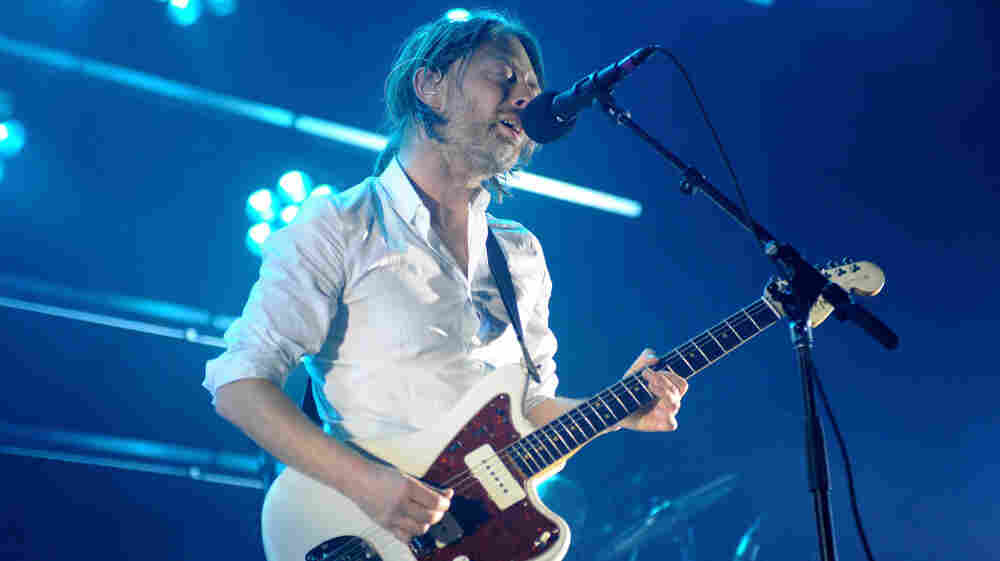 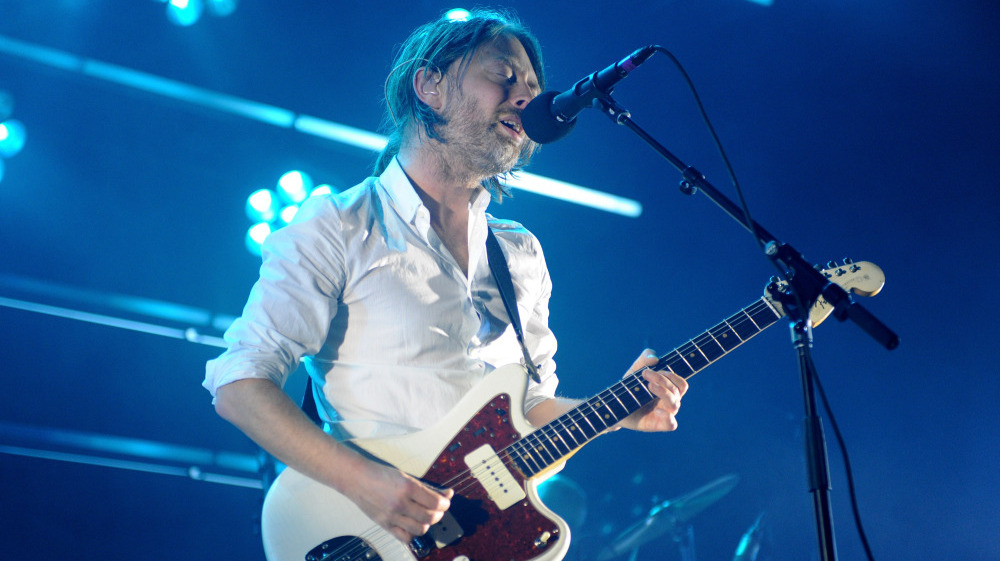 Radiohead's first hit, "Creep," was everywhere in 1993. The band could have reacted as many other modern-rock acts did in the '90s: by repeating the same old sound, album after album, before fading into the background. Instead, the group made each record a reinvention, from the spare and haunting Kid A to In Rainbows, which sounded, well, sexy. It has all helped make Radiohead one of the most inventive and important bands in the world.

The group released its latest record, The King of Limbs, this February with little fanfare: no interviews, no publicity, no concert tour. Still, the album shot to No. 3 here in the U.S. Now, the radio silence may be over: Radiohead played two sold-out shows last week at New York's Roseland Ballroom, and performed on the season premiere of Saturday Night Live.

Speaking recently with NPR's Guy Raz about recording The King of Limbs, singer Thom Yorke and guitarist Ed O'Brien agree that, after coming off the long tour cycle for In Rainbows, the band was feeling exhausted and uninspired. To make the new album work, everyone had to slow down and step back.

"We had an initial session of about five weeks, and it was really like kids in kindergarten," O'Brien says. "You had to simplify what you were doing — you couldn't do loads of ideas. You had to listen to one another. Believe it or not, in a band you can lose that.

"Part of what you do is rejection," O'Brien adds. "I think everybody finds it hard, but I think part of creativity is bouncing back from that. What's great about the environment that we have is that no one ever says, 'You can't do that.' You try it, and then it's judged on whether it's right for the track."

Radiohead tried a new approach for The King of Limbs: Each member worked, piecemeal, on his own contributions before sharing them with the group. Yorke says working that way was a big gamble.

"Almost every tune is like a collage: things we'd pre-recorded, each of us, and then were flying at each other," Yorke says. "You get to a point where you think, 'OK, this bit needs a big black line through it.' It's like editing a film or something.

"I don't think we really genuinely thought anything would come out of it," he adds, "certainly not an entire record."

Playing live presents its own set of challenges. O'Brien says that, as happy as he was with The King of Limbs upon its completion, the prospect of turning an intricate studio creation into a concert experience was panic-inducing.

"That's the scary part — you realize that you have created in this vacuum, in this bubble," O'Brien says. "It plays tricks on the brain."

But Yorke says adapting the new material was liberating, as well.

"That's one of the ways we move on musically, is having to force ourselves to learn this thing," he says. "It's a backward process, but it really exists in another way once you can actually play it."