Accessibility links
Steve Jobs: 'Computer Science Is A Liberal Art' Everyone should be able to harness technology, Jobs told Fresh Air's Terry Gross in 1996. In memory of Apple's co-founder and former CEO, we listen back to excerpts of their conversation. "Our goal was to bring a liberal arts perspective ... to what had traditionally been a very geeky technology," he said. 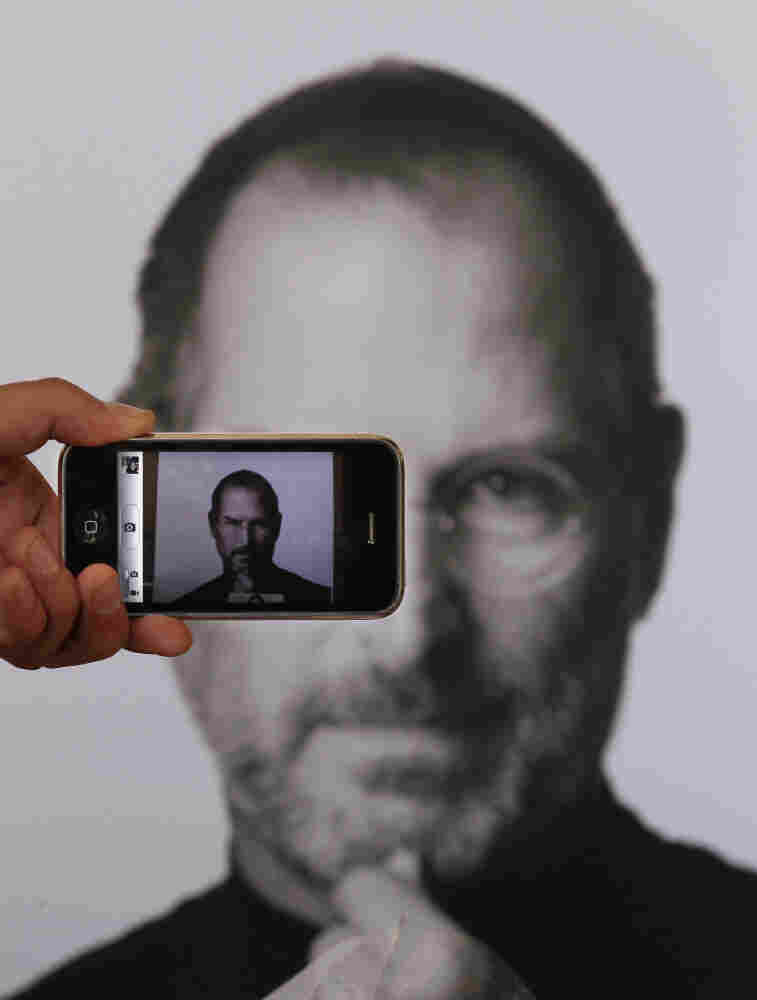 A photographer uses his iPhone to take a picture of a tribute to Apple co-founder Steve Jobs in front of an Apple store in London. Jobs, 56, died Wednesday after a long battle with pancreatic cancer. 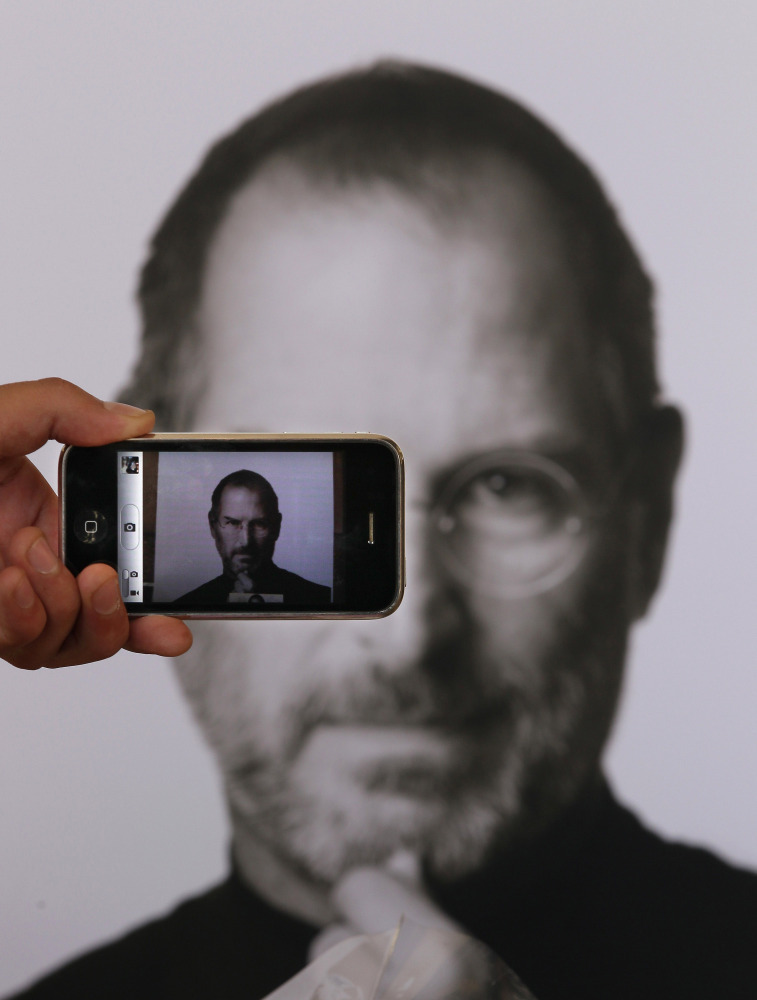 A photographer uses his iPhone to take a picture of a tribute to Apple co-founder Steve Jobs in front of an Apple store in London. Jobs, 56, died Wednesday after a long battle with pancreatic cancer.

When computer visionary Steve Jobs died Wednesday, many people felt a sense of personal loss for the Apple co-founder and former CEO. Jobs played a key role in the creation of the Macintosh, the iPod, iTunes, the iPhone, the iPad — innovative devices and technologies that people have integrated into their daily lives.

Jobs, 56, had waged a long battle with pancreatic cancer. He had a liver transplant in 2009, and stepped down as Apple's CEO in August. Below are excerpts from Jobs' 1996 interview with Fresh Air's Terry Gross.

On introducing the mouse to Apple

"There were a lot of people at Apple that just didn't get it. We fought tooth and nail with a variety of people there who thought the whole concept of a graphical user interface was crazy ... on the grounds that it couldn't be done, or on the grounds that real computer users didn't need menus in plain English, and real computer users didn't care about putting nice little pictures on the screen. But fortunately, I was the largest stockholder and the chairman of the company, so I won."

"Apple was a corporation — we were very conscious of that. We were driven to make money. I would say that Apple was a corporate lifestyle, but it had a few big differences from other corporate lifestyles I'd seen. The first one was a real belief that there wasn't a hierarchy of ideas that mapped into the hierarchy of the organization. In other words: great ideas could come from anywhere. ...

"Apple was a very bottom-up company when it came to a lot of its great ideas. We hired truly great people and gave them the room to do great work. A lot of companies — I know it sounds crazy — but a lot of companies don't do that. They hire people to tell them what to do. We hire people to tell us what to do. We figure we're paying them all this money; their job is to figure out what to do and tell us. That led to a very different corporate culture, and one that's really much more collegial than hierarchical."

"I think our major contribution [to computing] was in bringing a liberal arts point of view to the use of computers. If you really look at the ease of use of the Macintosh, the driving motivation behind that was to bring not only ease of use to people — so that many, many more people could use computers for nontraditional things at that time — but it was to bring beautiful fonts and typography to people, it was to bring graphics to people ... so that they could see beautiful photographs, or pictures, or artwork, et cetera ... to help them communicate. ... Our goal was to bring a liberal arts perspective and a liberal arts audience to what had traditionally been a very geeky technology and a very geeky audience."

On computer science as a liberal art

"In my perspective ... science and computer science is a liberal art, it's something everyone should know how to use, at least, and harness in their life. It's not something that should be relegated to 5 percent of the population over in the corner. It's something that everybody should be exposed to and everyone should have mastery of to some extent, and that's how we viewed computation and these computation devices."