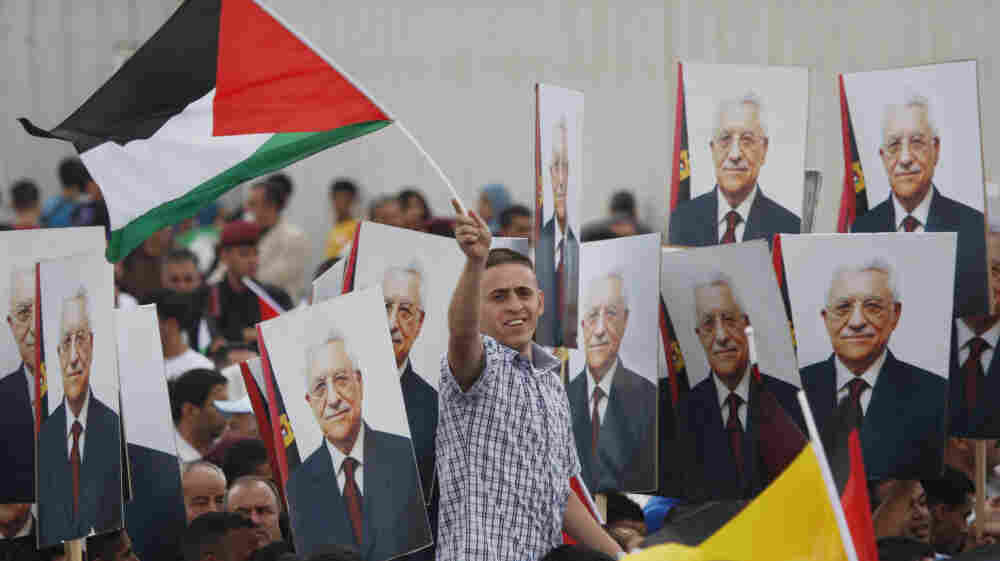 Palestinians gave President Mahmoud Abbas a hero's welcome last month after he called for Palestinian statehood at the U.N. But the U.S. has since frozen some assistance, which is hitting Palestinian development projects.

The Obama administration is urging Congress to rescind a decision blocking some aid to the Palestinians.

The congressional decision to put a hold on $200 million of aid money was prompted by the Palestinian Authority's bid for statehood recognition at the United Nations — something both the administration and Congress oppose. The funding cut is already having an impact in the Palestinian territories.

The Palestinian Medical Center, the largest hospital in the West Bank city of Ramallah, is filled with patients. Doctors bolt down the hallways with slips of paper, and nurses frantically send out text messages to physicians in other departments.

There is no intercom or communication system in the hospital. One was supposed to be established later this year. But now, like many other programs at this hospital, the U.S.-funded project has been suddenly halted.

Dr. Niha Sawaheh is the head of the Emergency Department, where she says the system would have been particularly useful.

"Once we get an emergency case, so you just press the button and all the emergency doctors would be with you within second. We were working on that, but it has been stopped now," she says.

I think that by such a decision, they are punishing the Palestinian public in education and in health in a way that is very, very difficult to understand.

Ghassan Khatib, Palestinian government spokesman, on the U.S. move to freeze some aid

It was just one of the projects that recently lost its funding because of the decision in Congress.

"I think that by such a decision they are punishing the Palestinian public in education and in health in a way that is very, very difficult to understand," he says.

U.S. diplomats in Jerusalem declined to give details of which aid programs would be affected; they said, however, that the projects were being frozen rather than canceled.

Khatib says damage is still being done. He estimates that 50 people recently lost their jobs and an additional 200 job cuts are expected to be announced.

"We are continuing intensive consultations with the Congress on this money because we feel that U.S. support for Palestinians' institution-building is a vital piece of what we're trying to do here. We're trying to prepare the ground for a successful and stable peace," she says.

In her emergency room, Niha Sawaheh says she doesn't understand the politics behind the decision.

"This aid is very helpful for us. When it stops, it will affect us," she says.

The communications system is half-built, she says, as is a system that was supposed to link all of the Palestinian hospitals on a shared computer network. The USAID projects gave doctors daily training sessions and advice, says Sawaheh, and provided them with much-needed medical equipment.

As she walks through the emergency room, she points to the CT scan that had already been delivered.

"We used to send the patient to the private [hospital], and it was very expensive for the patient to pay for it. But now we can do it here," she says.

More equipment has been promised, says Sawaheh. But like the training and the communication system, it is now up in the air.