Accessibility links
Long-Term Unemployment's Strain On The Job Search It makes people lose touch with their professional networks, and can negatively affect relationships. Jobless benefits have been lengthened from 26 to 99 weeks by Congress, but a push in Washington to cut back on spending may mean that extension could expire. 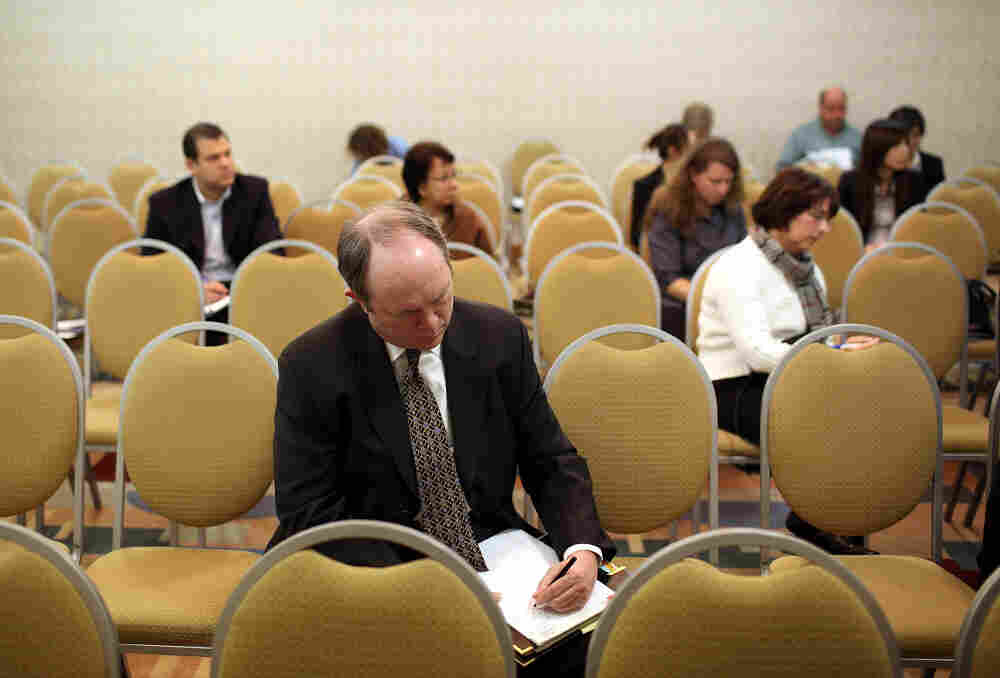 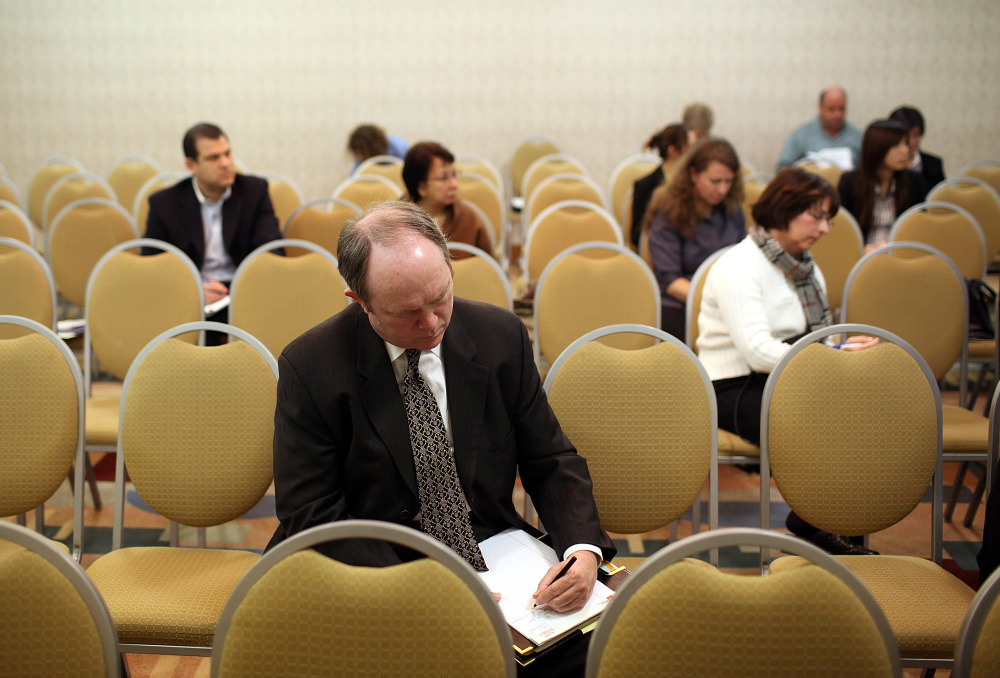 Long-term joblessness is one of the unfortunate legacies of the recession. Earlier this year, the Labor Department started tracking longer periods of unemployment. According to that data, there are now more than 2 million people who have been jobless for at least two years, and 700,000 of those have been looking for work for at least three years.

"We have an army out there that is in dire straits," says Kenneth Goldstein, an economist with The Conference Board. "And it's a group that's growing in numbers and is going to continue grow in numbers at least over the next six months, possibly for another year or more."

We have an army out there that is in dire straits. And it's a group that's ... going to continue grow in numbers at least over the next six months, possibly for another year or more.

Kenneth Goldstein, an economist with The Conference Board

Thomas Hutton is among the long-term unemployed. He lost his job three years ago this month after 24 years at a financial services company, and he thinks the problem is bigger than what the numbers suggest.

"I think that there are some people that drop off the map. I don't know that they're captured in all the statistics," he says.

Hutton has had some part-time work and volunteers with a group trying to help others find jobs. At 55, Hutton says a lot of people his ag­e get discouraged and drop out of the job search, and people assume they're just retired.

He says it's easy to feel invisible and isolated without a place to go and people to work with.

Kevin Purcell, a 52-year-old engineer who has been out of work for two-and-a-half years, says the long-term unemployment is extremely difficult.

"My relationships are still good but they've undergone just absolute hell," he says.

Being out of work for a long time makes people lose touch with their professional networks, and it's also a financial strain.

Currently about half of the 14 million unemployed receive jobless benefits. Congress extended those benefits from their usual 26 weeks to up to 99 weeks in some states, but with a strong push in Washington to cut back on spending, Congress may allow that emergency extension to expire at the end of the year.

That's welcome news to critics of jobless benefits, who say they create an incentive for people to stay at home or hold out for a better job. Letting them expire, they say, will leave many people no choice but to get a job.

Heidi Shierholz, an economist at the Economic Policy Institute, argues that allowing the benefits to expire could cost the country more jobs.

"It's almost counterintuitive, but these extensions actually support a lot of jobs," Shierholz says.

If government withdraws that money, she says, people will spend even less, which means there will be even less reason for businesses to hire people. The only real way out of a jobs problem, Shierholz argues, is to help the economy grow.

But with economic growth so meager right now, it's not terribly encouraging for people like Linda Steadman. She left work as an executive director of an organization years ago to take care of ailing family members. For the past two years, she has actively looked for work without luck.

"I think the fact that I'm not working right now is a negative," she says.

Steadman says employers don't seem to be interested in hiring people who don't have a job. In the interim, she says, she volunteers so at least she can say, "I'm doing something."