Accessibility links
A Relic From The Roots Of Electronic Music The Oramics machine, a clunky contraption dating to the late 1950s, is an ancestor of the modern synthesizer that used paint-streaked film to generate musical sounds. 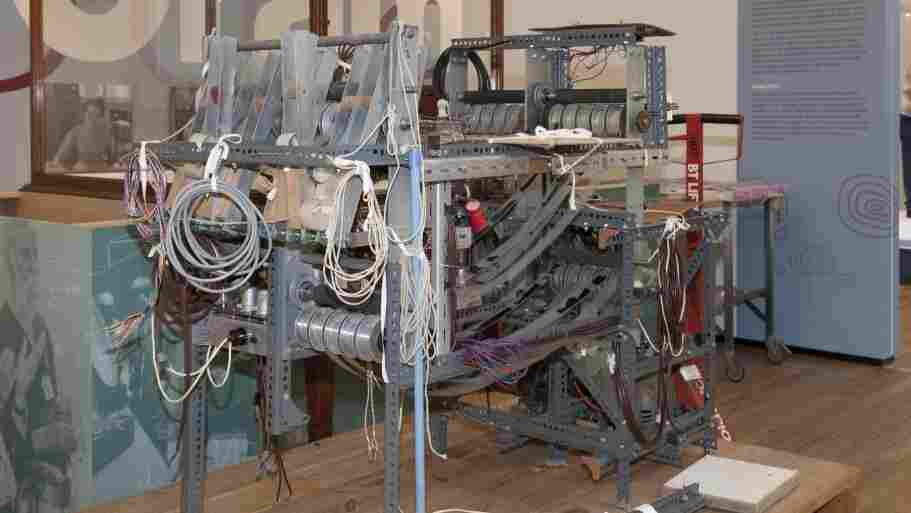 The Oramics machine is the creation of Daphne Oram, the first director of the BBC's Radiophonic Workshop and a central figure in the evolution of electronic music. 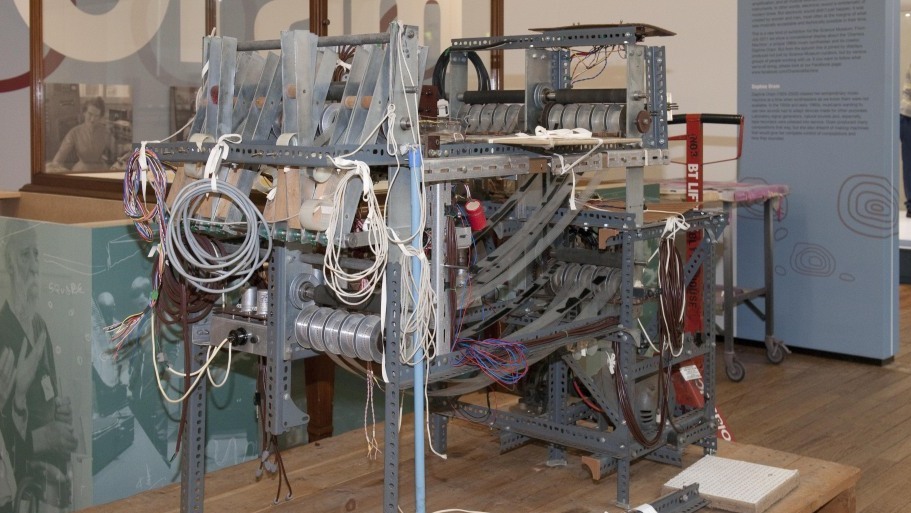 The Oramics machine is the creation of Daphne Oram, the first director of the BBC's Radiophonic Workshop and a central figure in the evolution of electronic music.

Jennie Hills/Courtesy of the Science Museum

"Forget everything you've ever known about synthesizers. This machine has no piano keyboard or anything like that. It looks like the sort of thing that a mad inventor would make in his shed."

That's how Tim Boon, chief curator of the Science Museum in London, describes a curious contraption that recently made its way into the museum's collection: the Oramics machine. Primarily made of old shelving equipment, it's about the height of a large table, with wires sprouting from every crevice and strips of paint-streaked cinema film running along the top. According to Boon, it's an ancestor of the modern synthesizer.

Daphne Oram, who died in 2003, was the machine's namesake and inventor. Boon says Oram got the idea in the late 1950s, when she was working at the BBC Radiophonic Workshop — the sound-effects wing of the British broadcaster.

"For a whole decade, they had been making electronic music by recording natural sounds and splicing them together using reel-to-reel tape machines," Boon says. "It was a very difficult way of making music. That's why she set about trying to make a machine which was specifically designed to make electronic sounds."

Those film strips running through the machine determined the kind of music it would make: An operator would literally paint a design onto the film, whose patterns of light and dark could be read and interpreted as sounds. Researchers released an Oramics iPhone app earlier this year, which allows users to replicate the experience by "painting" with their fingers.

Boon says that, sadly, the app is as close as we'll get to the real thing today. The museum decided early on that, because Oram's machine is unique and irreplaceable, to try to run it would be to compromise its historic value.

"It's probably 20, 25 years since Daphne last ran it. If we were to get it running, we would have to replace a lot of the components," Boon says. "It's a bit like that thing people say: 'Here's an old hammer — it's had two heads and three handles.' In what sense is that the same hammer?"

For more on the Oramics machine, including how it was lost for years before surfacing in 2009, watch the short film below.