Accessibility links
Caterpillar Fungus: The Viagra Of The Himalayas It's known as the Viagra of the Himalayas, and it can cost as much as $50,000 a pound. The world's most expensive fungus is known in Tibetan as yartsa gunbu and has become a status symbol in China. 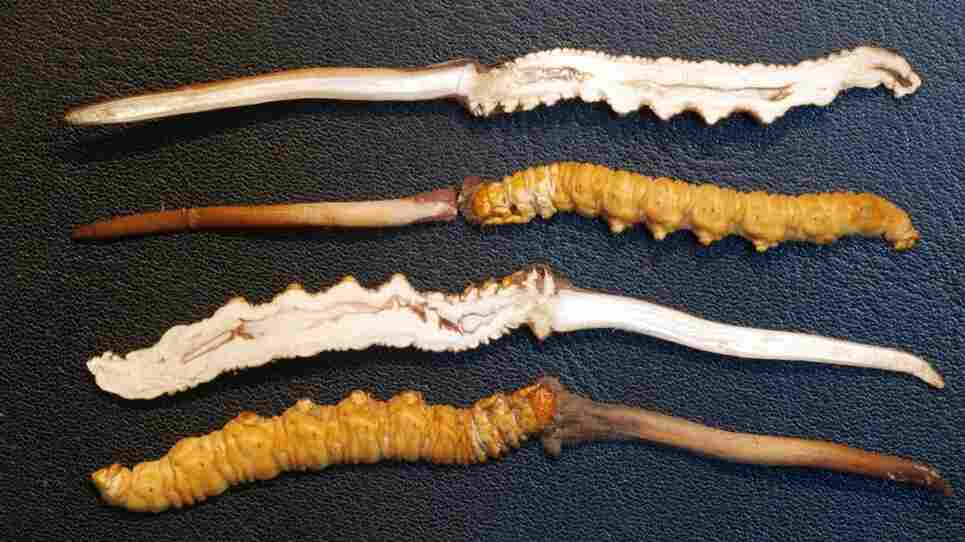 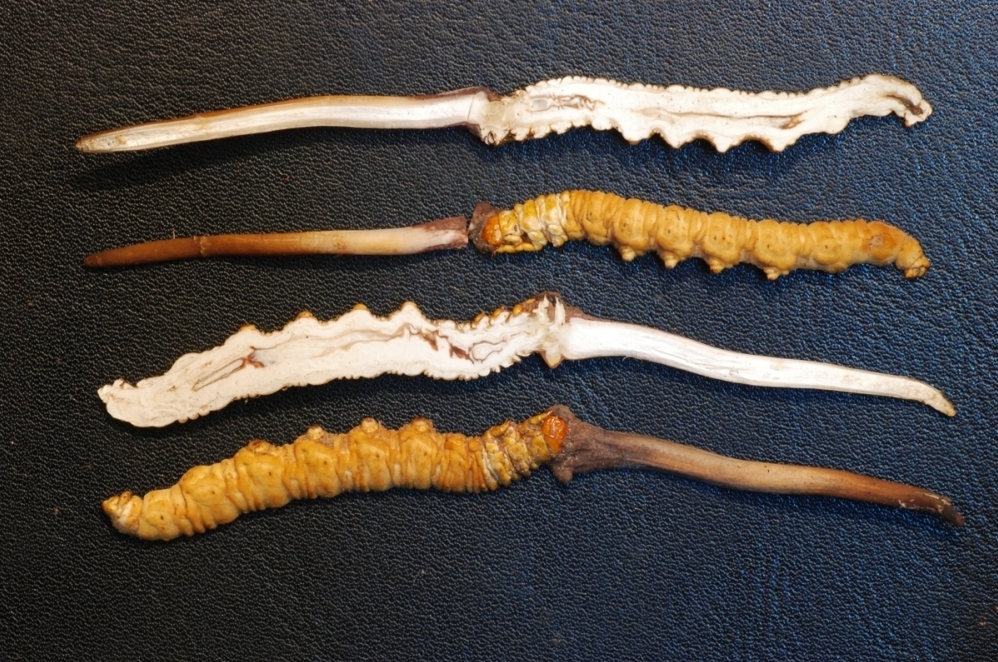 In the produce aisle at your local grocery story, button mushrooms go for about $4 a pound, Shitakes cost about twice that, and black truffles can run $800 a pound.

But that's nothing compared to a rare Asian fungus that sells for $50,000 a pound. 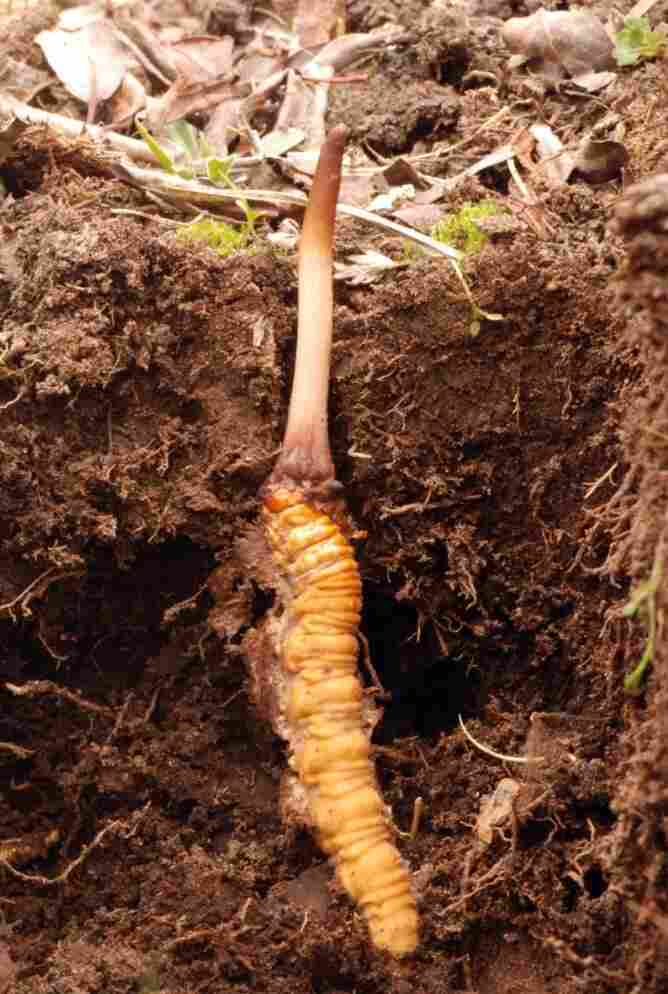 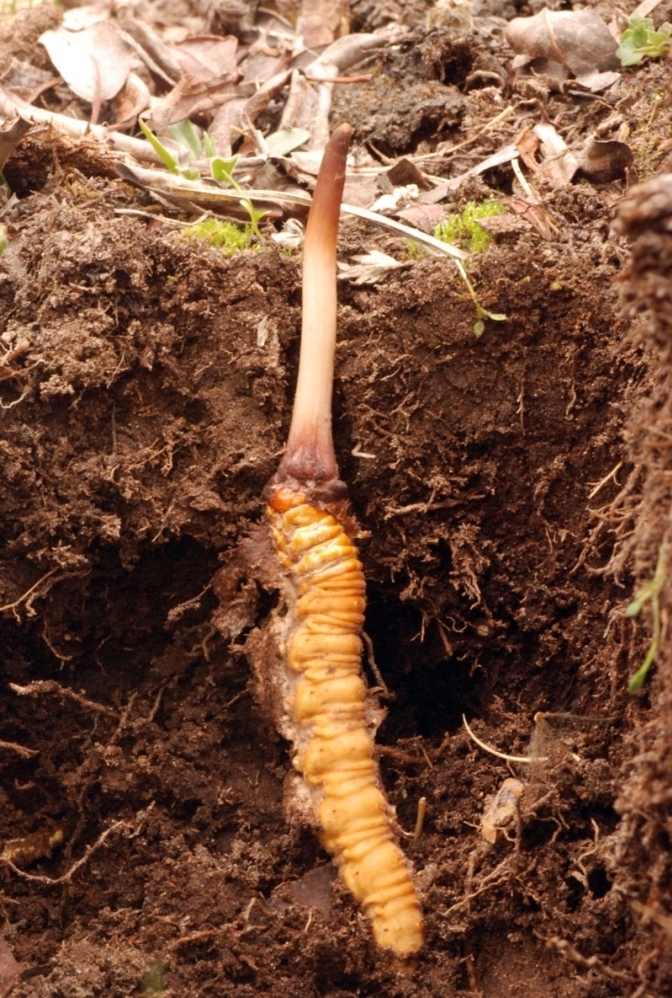 In English, it's called caterpillar fungus. But it's better known throughout Asia by the Tibetan term, yartsa gunbu, which means "summer grass, winter worm."

Britt Bunyard, a professor at the University of Wisconsin and editor of Fungi Magazine, explains that this fungi (Cordyceps Sinensis) makes its living by getting inside a host insect and ultimately killing and consuming it. In this case, the insect that's invaded is the caterpillar of the ghost moth.

"This caterpillar will bury itself down a couple inches into the soil. Meanwhile it doesn't know it, but this fungus is digesting it from within and then in the spring this ... tissue erupts out the head."

It may sound gross, but he says this pinky-sized mummified caterpillar is the most expensive fungi in the world.

"The price doesn't compare to other fungi; the price compares to things like gold and platinum and diamonds."

So what makes it so pricy? Well, it's also known as the Viagra of the Himalayas. 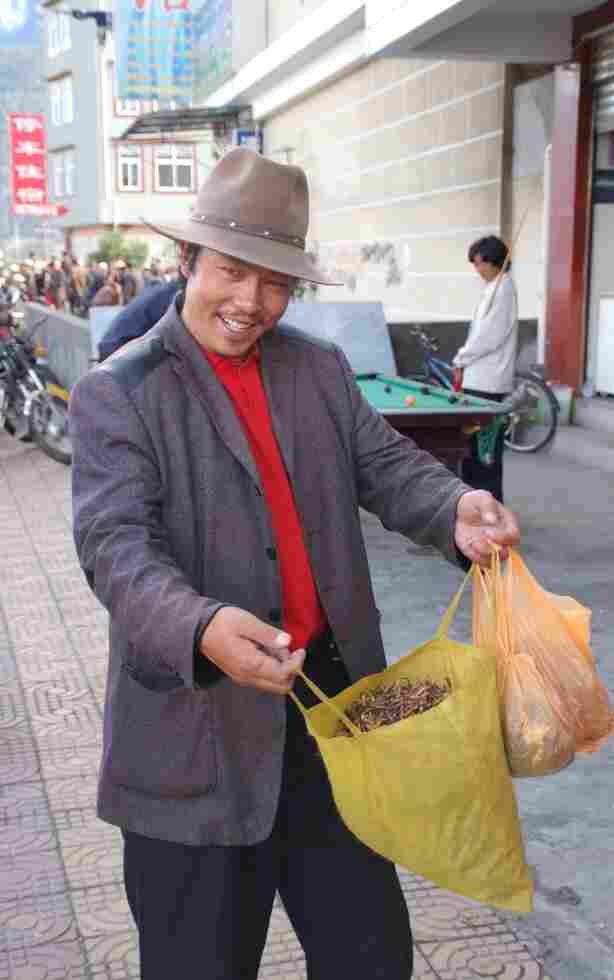 A yartsa gunbu dealer in the town of Bayi, Tibet. 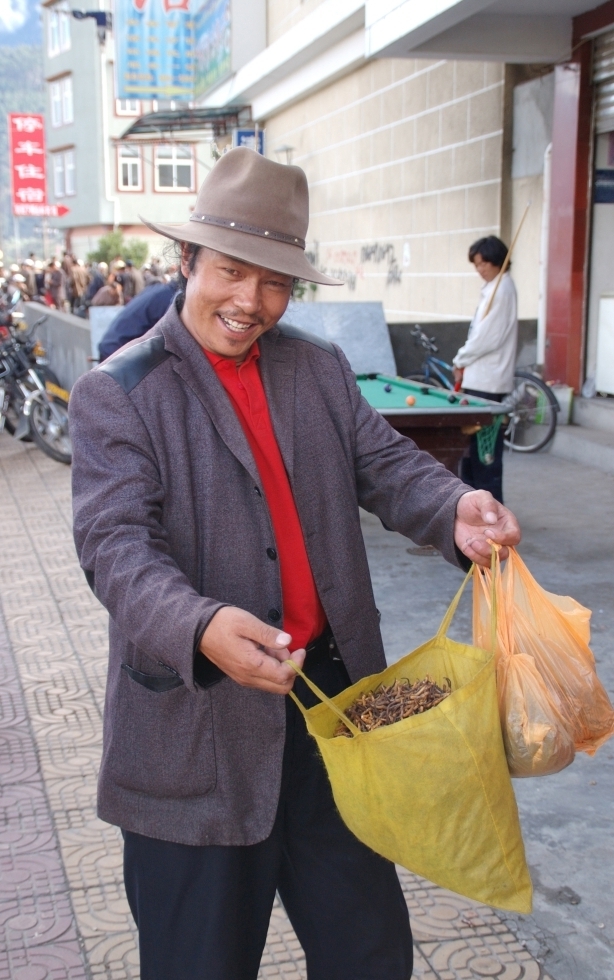 A yartsa gunbu dealer in the town of Bayi, Tibet.

An Aphrodisiac, Maybe, A Status Symbol For Sure

Yartsa gunbu was mentioned as far back as a 15th century Tibetan medicinal text titled "An Ocean of Aphrodisiacal Qualities."

These days, that reputation has made it a status symbol.

Daniel Winkler, who's written extensively about the fungus and gives mushrooming tours of Tibet, says the price in China has jumped by a factor of 10 over the past decade.

Winkler says a businessman looking to impress in China wouldn't pull out a fine pinot noir to flaunt his wealth; he'd cook up some nice goose or duck and fill it with $1,000 worth of caterpillar fungus.

Because it is so valuable, yartsa gunbu has led to violence. Last August in Nepal, seven men went missing after a dispute over yartsa gunbu and two of them were later discovered dead at the bottom of a steep ravine.

The deaths caught writer Eric Hansen's attention. Hansen, a freelance writer in New York, had lived and traveled in Nepal but never came across the famous fungus. So he decided to try and find it in New York City's Chinatown.

"Sure enough there it was, in the first herbal apothecary I went into there were four big glass jars of the stuff selling for between $500 and $1,300 an ounce," Hansen says.

Hansen became so enthralled by this worm that he went back to Nepal to see the harvest.

"As soon as they see that yartsa gunba is sprouting in these high, high alpine fields, the whole village just empties out," he says. "Everybody climbs up into the mountains and spends pretty much six weeks crawling around looking for the tips of yartsa gunbu."

A good harvest can triple a Nepali's yearly income and transform communities. Hansen points to the village of Nar as an example.

"The whole town used its yartsa gunbu profits to buy solar panels. So now you have this centuries-old stone hamlet, and on the corner of each building is a solar panel about the size of a board game," he says.

A short video of the village of Nar, Nepal.

Potential In The U.S.?

Here in the U.S. yartsa gunba hasn't really caught on. It could be that it is just too expensive, or it could be the lack of scientific studies to prove its effectiveness.

When Eric Hansen tried the fungus in Nepal, he says, he felt "nothing."

"My back pain didn't ease, my eyesight didn't sharpen, I didn't feel like springing out of my chair and taking a jog, my loins were not aflame and my libido did not rage."

But so long as yartsa gunbu is all the rage in China there are still fungal fortunes to be made.

he went back to Nepal
http://www.outsideonline.com/outdoor-adventure/out-of-bounds/The-Killing-Fields.html?page=all