Accessibility links
Gadhafi's Palace Becomes People's Market Moammar Gadhafi's compound in the heart of Tripoli has been put to new use as a market, and the former palace of terror is now a kind of fairground. 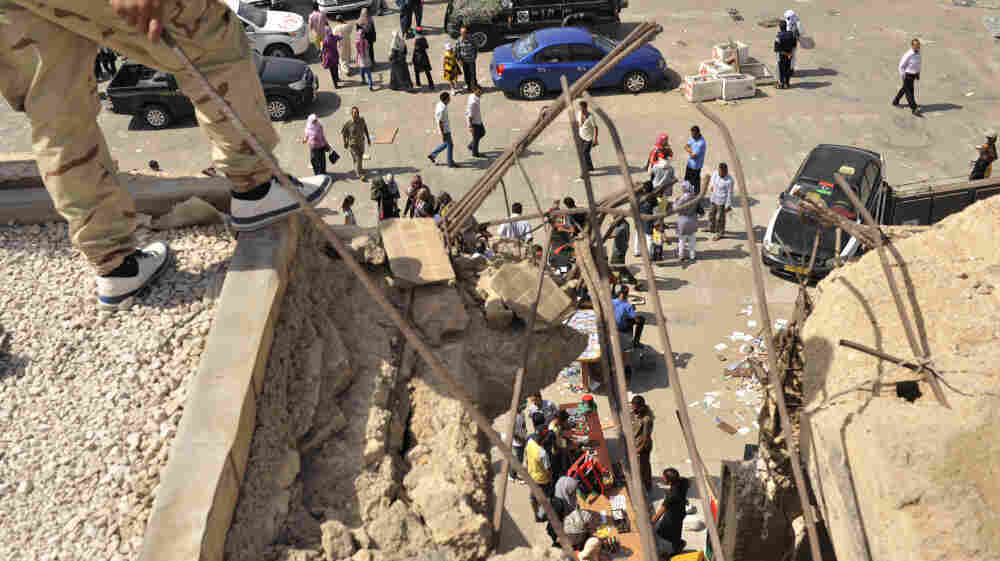 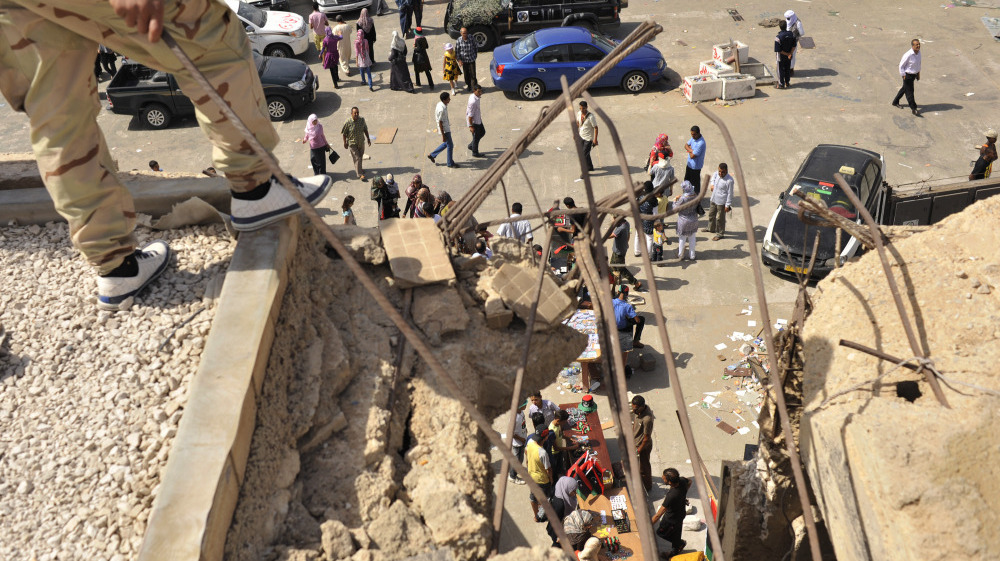 From presidential palace to people's market — in Libya, Moammar Gadhafi's compound in the heart of Tripoli has been put to new use, as NPR's Lourdes Garcia-Navarro explains in this Reporter's Notebook.

For most Libyans, Bab al-Azizia was the most foreboding address in the country. Moammar Gadhafi gave some of his most defiant speeches from the sprawling compound in Tripoli.

"You [were] not allowed to come here for any other reason unless they asked you to come here, and most people would not be happy for a call to be in Bab al-Azizia," says Jamal, our translator in Tripoli.

Jamal says an invitation into this compound would certainly have meant you were suspected of doing something wrong and it wouldn't have ended well. But just last week, Tripoli's traditional Friday market moved locations to here. And this former palace of terror is now a kind of fairground.

Walking through the market, there are literally hundreds of people: children, women, old men, young men — and they are selling everything. In front of me they are selling motor oil, diapers and ketchup. There are t-shirts, and shoes; anything and everything people would want is being sold here now at the new Bab al-Azizia Friday market.

Abdul Ghader sells rebel trinkets right in the doorway of what used to be Gadhafi's residence. He says he never dreamed that he'd be able to sell his wares in the colonel's house; it's like a dream come true, he says.

Some things being sold are more deliberately controversial than others. In the Islamic world, dogs are not particularly well thought of, but they actually have a section where they are selling dogs in front of Gadhafi's house, which I think adds insult to injury.

Hamza Mohammed Saleh is asking $350 for his German shepherd. He says selling dogs here is a direct insult to the former leader, which makes him happy.

While some are here to buy and sell, Gadhafi's compound attracts the curious as well. Inside Gadhafi's house, it is far from its former glory. There is graffiti all over the walls and it is partially burned, but that hasn't stopped people from treating it like a tourist attraction. They have their cameras out, they take pictures of themselves and indeed, on the ground floor, some children are rollerblading on the smooth marble surfaces.

Nearby at the live chicken stall, Salem al Nawal — who works in the oil sector — says he can't believe the scenes he's witnessing.

"I wish I had a camera. I saw one old man trying on a pair of pants and trying a suit on in the open air," he says.

Al Nawal says he decided to stroll to the market on Friday after he'd heard that they were selling dogs and birds. He says after seeing Gadhafi's house, with all of the graffiti and rubble, that this market is the real symbol of the people's power.

"People will always prevail," he says. "The aspiration of the people no matter how poor, uneducated, they will prevail. They are staying and [Gadhafi's] gone. He cannot defeat the people's will."