Accessibility links
A Single Hire Is A Big Deal To A Small Business When business was booming, Rusty George hired like crazy. Then, he had to lay off half his staff. Now the marketing executive is much more cautious about hiring, calculating the cost to add an employee down to how much more coffee he'll need to buy. 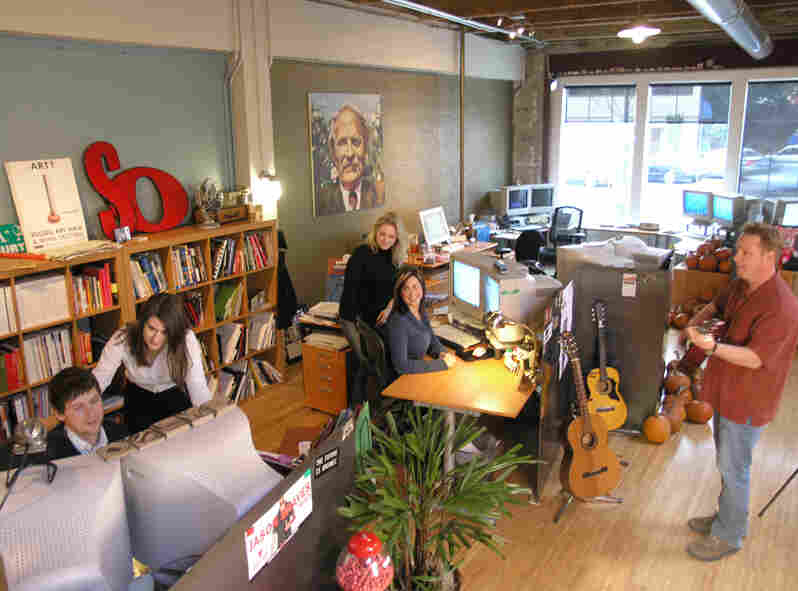 Rusty George Creative laid off more than half of its 17-person staff when clients stopped buying their marketing services as the economy crashed. After a hard look at finances, the small firm is now ready to hire a new employee.

In this economy, the decision to add even one person to the payroll is a huge leap of faith for a small company. One marketing firm in Tacoma, Wash., has done the math — down to the additional cups of coffee they'd need to make for a new employee — and is ready to hire.

At the beginning of every week, Rusty George holds a staff meeting at the image and marketing firm he founded, Rusty George Creative. He pulls down a sleek transparent garage door to close off the conference room, a throwback to the time when this loft office was a garage. It now houses eight employees, and that number will soon grow to nine.

"Welcome to our meeting today, happy Monday," Rusty greets his staff. "The first thing about our status meeting is we are looking for a new account manager. We've gotten about three to five resumes in of good, qualified people. We're waiting on a couple of more, hopefully, to come in, [and] then we're going to start the hiring process."

The process, he tells them, will be careful and deliberate. Rusty George and his wife, Kitura George — the firm's operations manager — have learned a painful lesson.

"You just can't do things just based off of gut feeling," Rusty says. 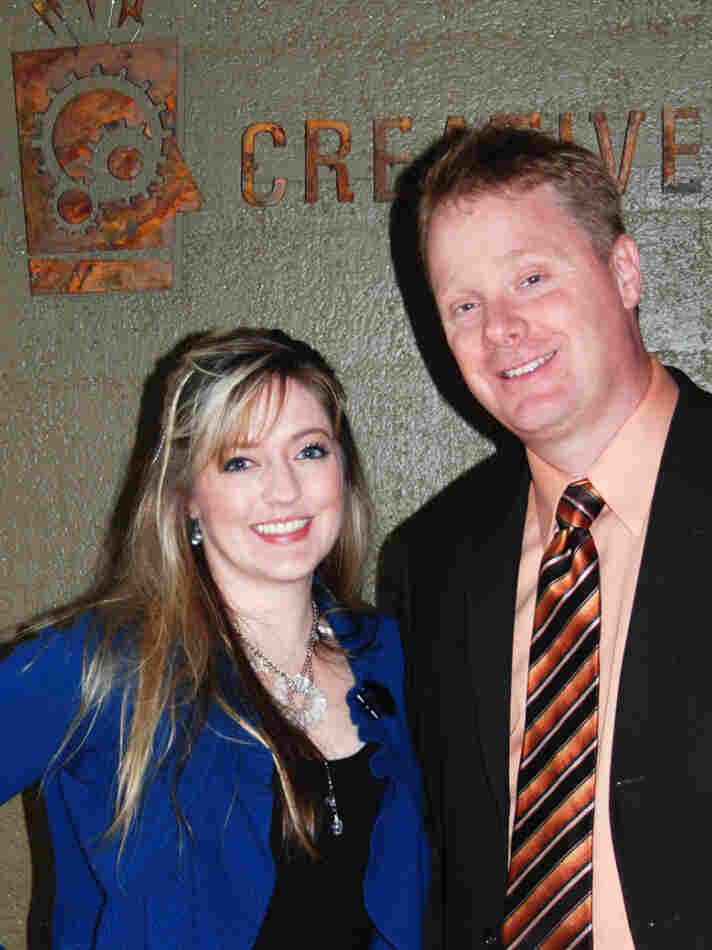 Kitura and Rusty George say business has picked up enough that they're ready to grow their company again. 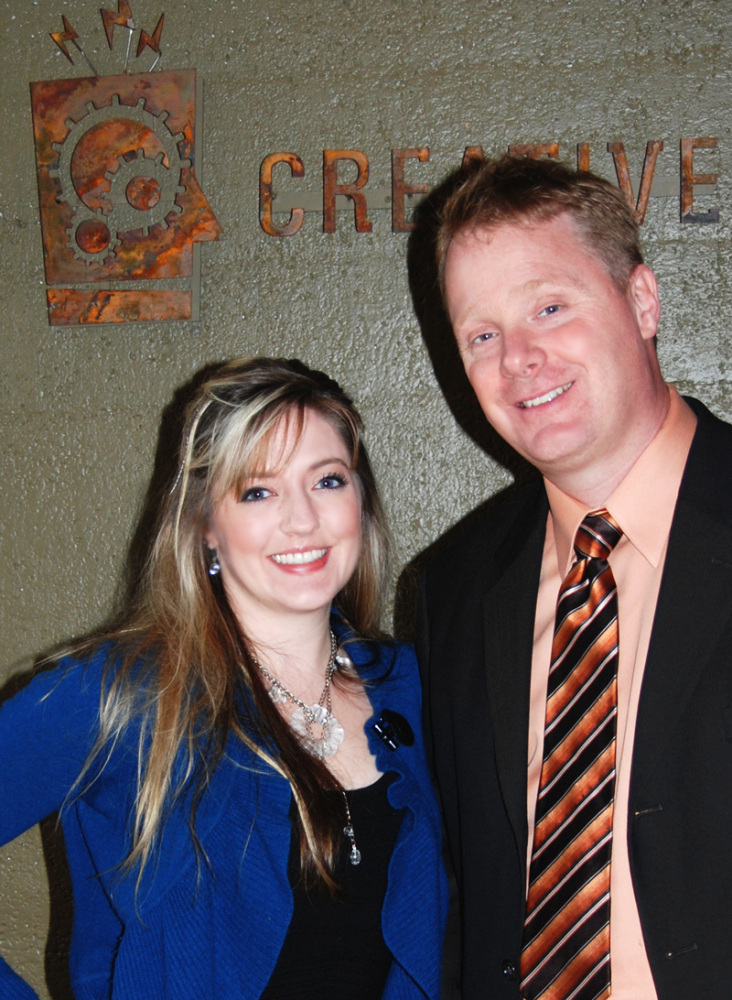 Kitura and Rusty George say business has picked up enough that they're ready to grow their company again.

Learning From The Economic Collapse

In the middle part of the last decade, their business was booming, and they hired like crazy. Rusty says he didn't spend enough time asking himself if the hires made economic sense.

It certainly didn't appear that way when the economy collapsed and law firms, condo developers, museums, solo entrepreneurs and other clients stopped buying their services,

"They just all turned their faucets off at the exact same time," Rusty says. "And here we were, riding with 17 people and a lot of people that were sitting around not really with anything that they could be working on that was billable."

Rusty, who was named one of the state's best small-business owners a few years back, would eventually lay off more than half the staff. He soon discovered that although he was bringing in less money, he was actually posting bigger profits.

Over the past year or so, business has picked up substantially. Old clients are coming back, new ones are signing up, and Kitura George says the firm now has more work than it can handle.

"We're basically at that point where we don't feel like it would be fair to clients or our employees to not bring on somebody and grow," she says.

But they made that decision only after doing the math. Using a variety of spreadsheets and other tools, they calculated the cost of a new employee practically down to the penny.

"Their medical and dental, their compensation, their parking, their computer, the amount of coffee that we'll have to start increasing," Rusty lists off. "And then we put that into our major overhead and figure out how much more per hour it's going to cost us."

If you've got eight employees and you add a ninth one, and you made a monumental mistake ... it's a much bigger chunk of your overall activity — so it's a bigger deal for a small company to get it right.

Ken Goldstein, an economist with The Conference Board

They then calculated how much more revenue and profit could be generated by hiring the right person for a particular job. Only after the numbers added up did they post the job opening.

Economist Ken Goldstein of The Conference Board says that for any company, the decision to hire is a big deal, but for a giant company, hiring an additional employee probably won't make much difference to the bottom line.

However, he adds: "If you've got eight employees and you add a ninth one, and you made a monumental mistake, obviously it's a much bigger chunk of your overall activity — so it's a bigger deal for a small company to get it right."

Rusty and Kitura George understand that.

"As an employer, and owning a business and running it, I would say failure is not an option," Kitura says. "You've just got to figure [it] out. It may not be the same groove you were working in four years ago, but figuring out how that works for you now."

The Georges hope their new hire will be a great addition to their staff. They are still accepting resumes, but only the superqualified need apply.