Accessibility links
Bjork's 'Biophilia': Interactive Music, Pushing Boundaries Bjork is known for experimenting with new sounds, but her latest album extends even further into the world of multimedia. Biophilia includes interactive apps for each song, as well as an educational component. 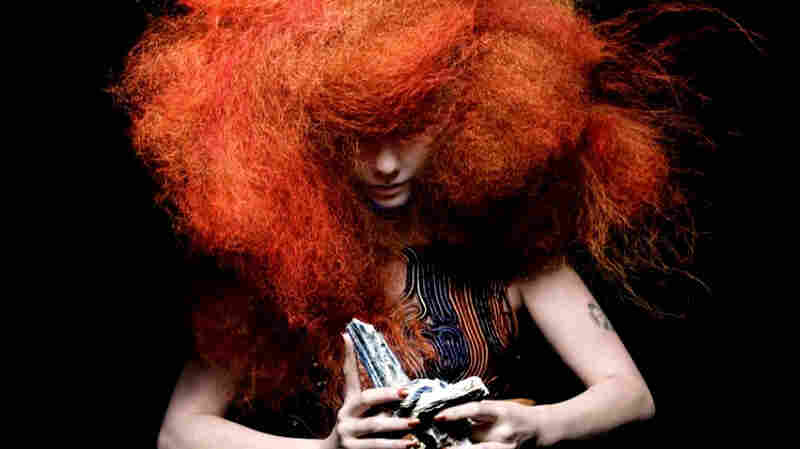 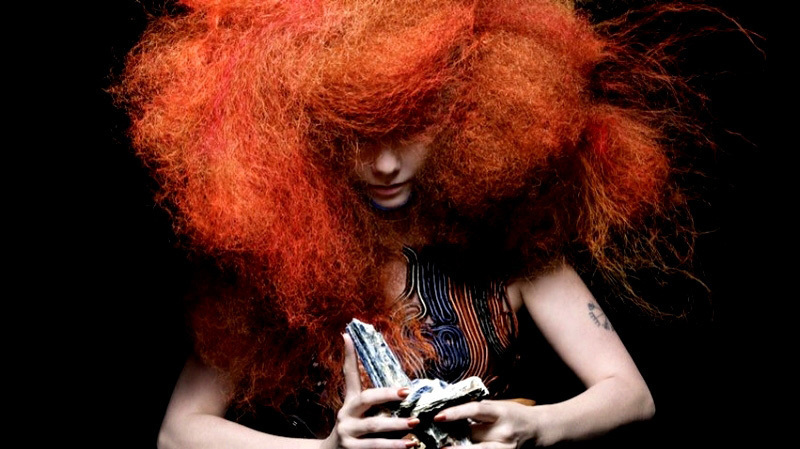 The title of Bjork's new album came to her after she read a book by neurologist Oliver Sachs about the mind's empathy for music.

"He called it 'musicophilia,' she says. "Obviously, I make music, but I wanted to do a project about nature. So I thought, if I call it Biophilia, it's sort of empathy with nature."

So there are song titles like "Solstice," "Dark Matter" and "Crystalline." The lyrics actually touch on processes in nature — for instance, how crystals grow.

During the time that Bjork was writing Biophilia, the iPad came out. Bjork says she was intrigued by the touch-screen technology and the creative possibilities it presented. She'd seen music apps before, but found most of them pretty superficial — just updates about tours or an extra interview. She says she wanted to go beyond that.

"The interactiveness goes really to the core of the music, the structure of the song," Bjork says. "It's not just something like an accessory. ... It is the song."

Bjork fans with iPads or iPhones (there's no Android version yet) can download a main app for Biophilia that's free. You tap on it and open up to a black background with white, glowing starlike objects. Using your fingers to swipe and tap, the universe expands and turns, and bits of music and songs emerge.

Each song has its own star. You tap on it, and you can buy its app for $1.99 from the iTunes Store. Each one has essays about music and science, and each interacts with its song in a different way. Take "Thunderbolt," whose arpeggiated bass line you can change by tapping on a lightning icon.

"You change the speed of the arpeggio, or the range," Bjork says. "Basically, you're like this crazy lightning bass player."

In "Virus," Bjork turns a virus into a sort of natural femme fatale, to create a narrative about love so strong it kills the object of its affection — living cells. The app for that song, as well as several others, was designed by Scott Snibbe — he also helped coordinate the efforts of the other designers, who hailed from all over the world. "Virus," he says, works a bit like a game, in which beautiful pink cells are attacked by spiky green viruses.

"You can try to save the cell," Snibbe says, "but if you succeed in saving the cell the song stops progressing. And meanwhile, the cells around are singing along: You see nuclei turn into lips that sing along with the song."

Bjork says her view of nature is hardly romantic, and that she took care to ensure that the project didn't become Disney-fied.

"Coming from Iceland ... nature is anything but cute," she says. "I could never really understand why, when people think of nature, they think of flower power and acoustic guitars. It's very creative, nature. But it's also very destructive."

Scott Snibbe says he and Bjork communicated regularly, sometimes exchanging hundreds of emails a day. They also worked with scientists to make the apps as scientifically accurate as they could. But, Snibbe says, the project is more about whetting people's appetites than providing a lesson plan.

"It gets you excited to learn more about it. If you associate viruses with a great song by Bjork and this emotional, strange, animated love story, then you might pay attention a little bit more in class," Snibbe says. "Or you might type it into Google and see a little bit about how it works."

Bjork says she wants to help people explore. Rather than schedule a traditional concert tour, with a day or two in each city, she plans residencies that will last for two months or more in 10 cities around the world. She'll play a couple nights a week and then spend time at a local museum, working with kids on music and science projects. Bjork says watching her 8-year-old daughter play with the Biophilia app of the solar system made her she realize its potential.

"She knew more about the solar system than I learned from five years of school — that certain things are not meant to be in a book, you know? If ... it's more like a little game, then you understand it in 3D, like in space," Bjork says. "Music is like this: You cannot learn it from a book."

But Bjork says music is still central to Biophilia. People can buy the apps and play along, or they can just buy the CD, which she says will hold up on its own. Her multimedia experiment is attracting a lot of attention from people in the music industry, who hope it'll inspire a new way of making and selling albums to consumers, who seem to want to do more now than just listen.