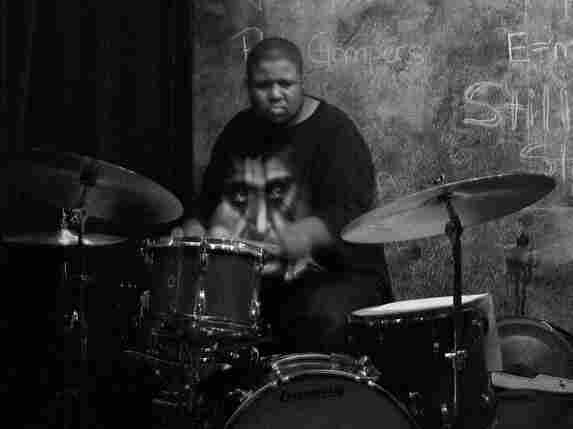 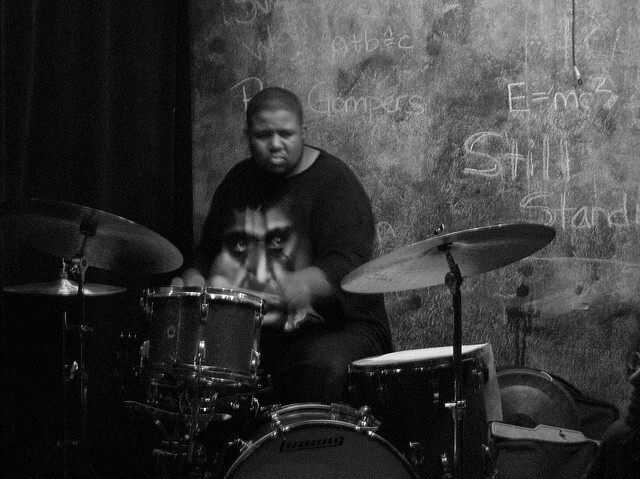 It bugs Tyshawn Sorey that drummers don't get enough credit as composers, as if rhythm was the only thing they understood about music. That helps explain why Sorey's first two albums cut against expectations. They're studies in the slowly changing colors of long tones and sustained harmonies, a music of quietude and sudden disruptions. But his new album, Oblique — I, is mostly the kind of rollicking band album you'd expect from a powerhouse drummer. His melodies are complex and full of surprises, but often light on their feet.

Leading by example, Sorey is helping to heal an old rift in contemporary jazz, between musicians for whom swinging is everything and those also interested in other kinds of rhythmic subtleties and complications. His quintet/quartet — with saxophonist Loren Stillman, pianist John Escreet, guitarist Todd Neufeld and bassist Chris Tordini — plays twisty, turny rhythms that surge ahead and then fall back, typical of jazz's left flank. But under those zigzag lines, Sorey's drums barrel along like a runaway tractor trailer. He makes those tricky patterns move.

On Oblique — I, the rhythms and melodic contours in one piece may come back transformed in another, giving the program a sense of unity. As a drummer, Sorey is a hardcore swinger who doesn't swing in the usual way; doesn't lay down a steady dang-dang-d'di-di-dang on his ride cymbal. His drum sound is drier and earthier, if no less driving.

Oblique — I isn't all slam-bam. Some pieces run a little long; half exceed seven minutes. There are a couple of quieter ones, as well as a composition for solo alto, indebted to one of Sorey's mentors, saxophonist Anthony Braxton.

The 30-ish or younger players in Sorey's band came up long after the 1980s outbreak of hostilities between traditional and forward-looking players. As is often the case, an older generation's feud looks increasingly pointless over time, given how much the warring camps always had in common. That's how it goes in jazz: Dixielanders and swing musicians used to put each other down, then went on to share stages for decades. The same thing happened with swing musicians and beboppers, and boppers and the first wave of free players. There are no real feuds in jazz anymore. We all can just get along.