Accessibility links
Typhoon: Exuberance And Commotion, Contained With 13 musicians and a plethora of instruments, this joyous group can create a massive sound. But Typhoon's playing reflects restraint and patience, as well.

My first experience seeing Typhoon was at the 2011 Newport Folk Festival. I was actually planning to walk past the band's stage to catch someone else, but I ended up stopped in my tracks by the joyously loud sound Typhoon was making. Its 13 full-time musicians were practically spilling off the stage — not to mention lots of friends who join the group for live performances. 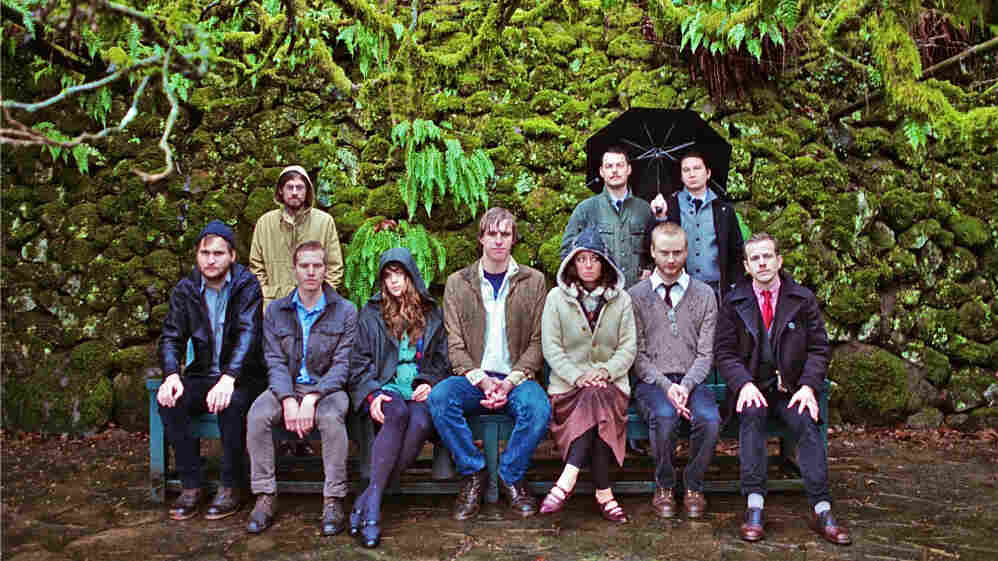 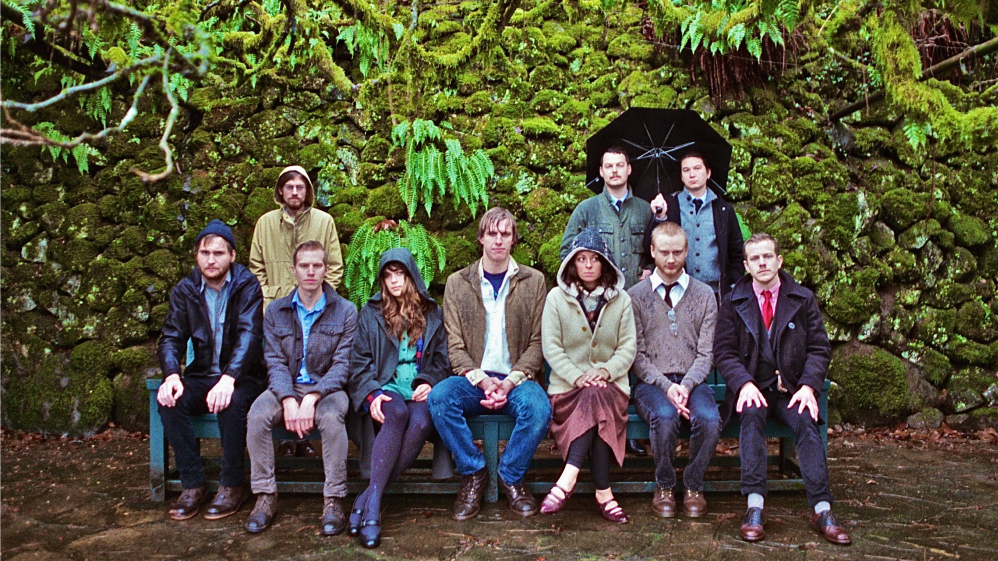 As I watched Typhoon, I was struck by how effortless its members made these complicated arrangements seem. With such a large number of musicians and instruments, it's no surprise that they can create a massive sound, but their playing reflects restraint and patience, as well. The songs often start slowly and quietly before gradually building into a swell of emotion.

I got my hands on Typhoon's latest EP, A New Kind of House, very soon after seeing the band at Newport, and could not wait to get the group into our own Studio A. It was exciting to finally see Typhoon load into WFUV, as its members hauled in everything from triangles to trumpets. In addition to performing material from A New Kind of House, Typhoon introduced a new song, discussed the challenges of touring as a big band in a small van, and explained why its members still hang out together when they're home.