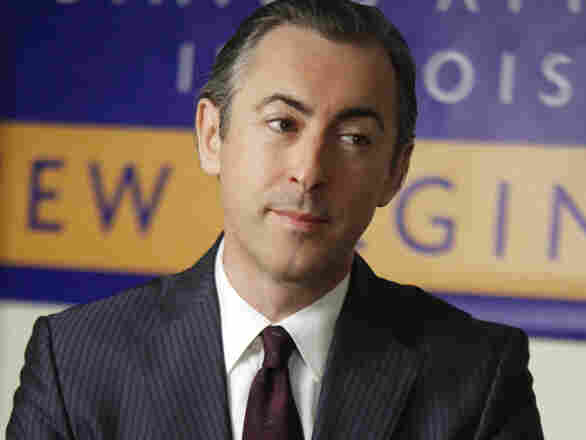 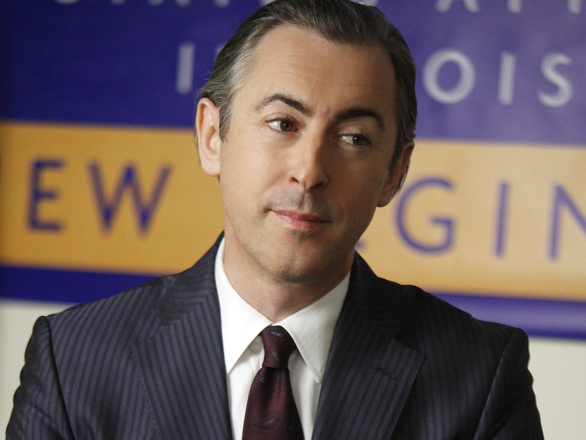 This year, Cumming's performance on The Good Wife, now in its third season, earned him an Emmy nomination for Outstanding Supporting Actor on a Drama Series. He joins NPR's Neal Conan to talk about his time as Gold, a role that was originally only supposed to last a couple of episodes.

"Sometimes when you play someone who's very, very different [from] yourself and a role that you don't really know and actually understand, it's sort of daunting. But actually ... I thought of Eli just as I've thought of many other characters I've played that I don't know anything about. But they tend, mostly, to be superheroes or animals or, you know, kind of mythical characters. So I put him in that same gallery.

"I did a little bit research on [Emanuel]. And, you know, the sort of coiled-spring nature of him I find quite helpful. ... It was more about reading about him and seeing the public face and in imagining what the private one was like. ...

Watch A Clip From 'The Good Wife':

"When he loses, it's about ... passion. ... It's about this absolute, inexorable need to just vent about the fact that he hasn't been able to do his job properly."

On Gold's and Emanuel's backstories

"Eli has this past where he was a concert pianist. It hasn't really been developed yet, but ... there's like a metronome in my office and this little basket of piano keys like a sort of little tchotchke thing. ... But I think that's interesting, because I didn't know until I started this that Rahm Emanuel was a former ballet dancer."

"I think American people forget how bombarded the rest of the world is by American culture. And so, you know, we hear an American accent so much more than you hear others, outside of American accents. So it's not as hard as it seems, I think. And if you have a good ear, like a musical ear, then you pick up on different signs and things like that. And obviously, some are harder than others. Like, I actually made a film in Minnesota called Sweet Land about five years ago. I had to play a Minnesotan farmer. That was a bit of a challenge. ...

The Heart-Pounding Sensuality Of Public Radio Enlivens 'The Good Wife'

"But I think actually some of it is being Scottish as well. ... In drama school I was told and trained I had to be able to lose my accent, otherwise, you know, there aren't many jobs just for people talking like this. So I think from early on I was used to having to do those different accents and being more attentive towards it. ...

"It's not everyone can do the American accent — I know that. But I think if you are as bombarded by British culture as we are by American culture, you would be better at it than I imagine you are right now."