Accessibility links
20 Years Later, Anita Hill Is 'Reimagining Equality' On Oct. 11, 1991, Anita Hill testified during confirmation hearings that then-Supreme Court nominee Clarence Thomas had sexually harassed her. Inspired by the letters she has received in the 20 years since then, the law professor has written a new book, Reimagining Equality. 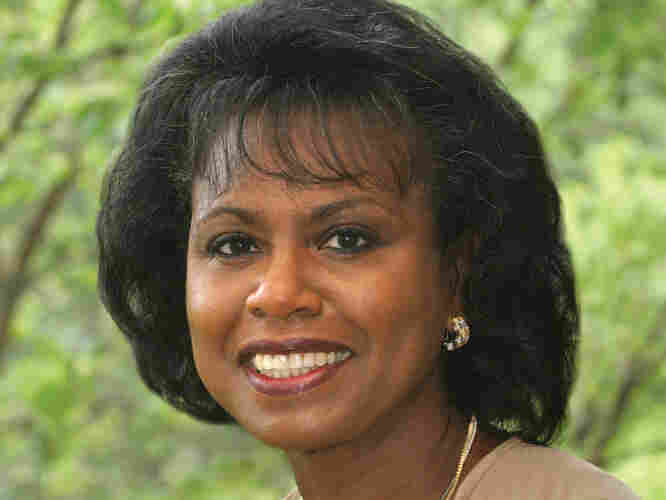 Anita Hill was 35 years old when she testified that Clarence Thomas had pressured her to go out with him and subjected her to sexually explicit conversations. 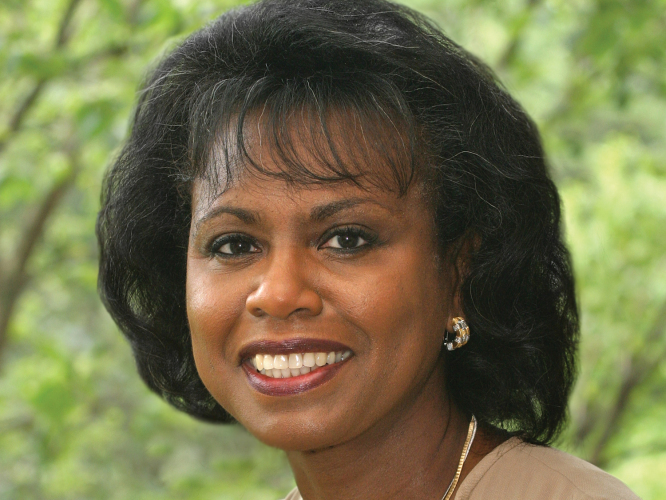 Anita Hill was 35 years old when she testified that Clarence Thomas had pressured her to go out with him and subjected her to sexually explicit conversations.

Hill's testimony was part of a second round of confirmation hearings to appoint Thomas to the court. He was ultimately confirmed by both the committee and the Senate, and has held the post for the past 20 years.

As for Hill, she has spent the past 20 years mostly out of the limelight, focusing on her academic work as a professor of social policy and law at Brandeis University. She says the tens of thousands of letters she has received since the hearings inspired her to write her new book, Reimagining Equality: Stories of Gender, Race, and Finding Home. 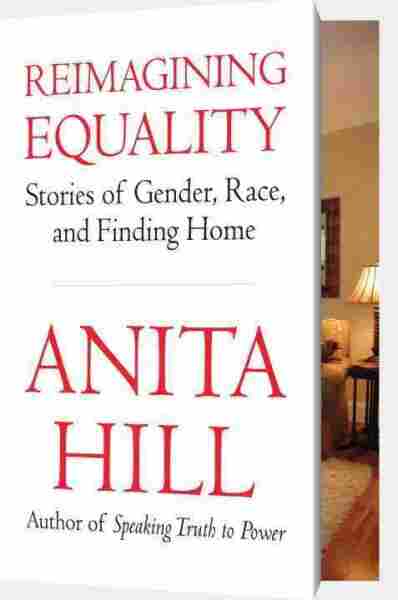 On the wide variety of letters she has received

"They're a surprising array of messages. And they vary depending on whether they're men or women, young or old. I hear from people who say, 'I was a child during the hearings, and I didn't quite understand exactly what was going on. But 20 years later, now I understand why the hearing was important and why your testimony was important.'

"And many of them are thank you letters. Many of them tell stories about their own experiences in the workplace. And many say, 'I found my voice in a number of situations' — not all having to do with sexual harassment, but in situations where they felt powerless, they took inspiration from the testimony and became more empowered to challenge their situation ...

"[But] they are not all positive, as one would suspect, given the fact that there was divided public sentiment in 1991, and I'm sure that continues today. But I do get negative letters, and I do read those, as well."

On opportunities for black people

"I do think that just in general, people are comfortable with people who look like them or they believe think like them. And I think we have a lot to do in terms of really giving people full opportunity in employment, whether ... you think of them as safe or not. I think full opportunity in employment just does not exist today in the way that maybe I thought it would have when I was growing up in the 1960s and '70s. I really thought some of these battles and some of these issues would have been resolved by now.

"And I really aggressively titled my book Reimagining Equality because that's a process that I'm having to go through, like: What is equality like today? How can we envision it in terms of the way people live every day as opposed to the abstract rights that we say that everybody has and that, you know, we can go to court to enforce?"

"I believe very much in our judiciary system. That is really why I testified to begin with, because [of] my belief in the integrity of the court and the individuals who sit ... in final judgment of so many critical questions. And I know people are disappointed with individual cases that come up and decisions that are made today.

"But it's also the court that reversed those decisions in cases like Brown v. Board of Education, and many of the school cases, Sipuel v. the University of Oklahoma being one of those cases.

"So all of those cases really make up the body of work of the Supreme Court. And I believe it's a body that I continue to have confidence in as ... an institution, even though some individual decisions can be disappointing."

Read an excerpt of Reimagining Equality