Accessibility links
Fabian Almazan: Live At The Village Vanguard He's a film composer, a Cuban-American musician and a modern jazzman. It's all on display when the 27-year-old pianist performs with his jazz trio and string quartet. Hear a live concert recording. 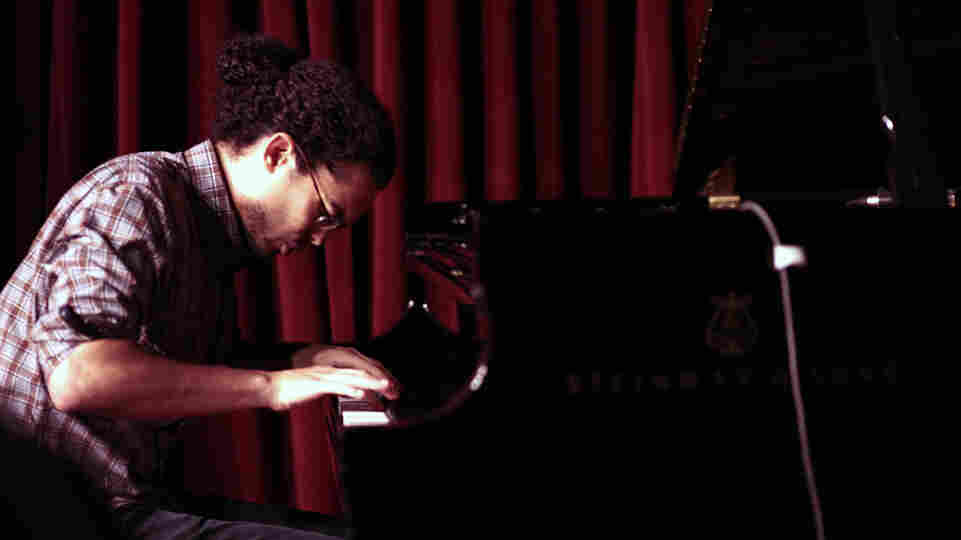 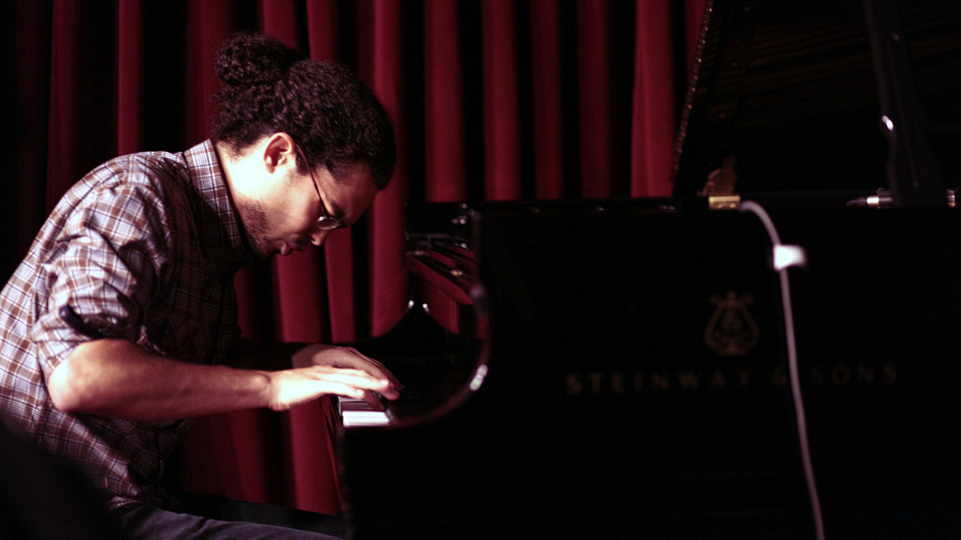 He's celebrating his multiple Personalities with a week as a bandleader at New York's cramped subterranean jazz mecca, the Village Vanguard. And for one night only, he brought along the same string quartet which appeared on his album. WBGO and NPR Music recorded a live radio broadcast and video webcast of the Fabian Almazan Trio with string quartet on Wednesday, Oct. 12. Almazan also presented a special pre-concert interview, where he discussed his composing.

Personalities features two tracks in which his trio performs with string quartet, and those can be heard here, on NPR's A Blog Supreme. One, the title track, won him a jazz composition prize; the other is an arrangement of a movement from a Shostakovich string quartet, with electronic processing. (He played both back-to-back on stage: "I'm at the Village Vanguard, and we're playing a Shostakovich string quartet," he said, chuckling.) The rest of the album finds him joined exclusively by his classmates at the Manhattan School of Music, both busy freelancers. Bassist Linda Oh self-released a debut album in 2009 to critical acclaim; drummer Henry Cole, born in Puerto Rico, can command both Afro-Caribbean and mainland swing feeling.

Almazan was born in Cuba, raised in Miami, and now lives in New York. In that time, he became the pianist in Terence Blanchard's quintet, affording him one of the few high-level, globe-trekking apprenticeships remaining in jazz. But he's stayed busy apart from Blanchard; like his mentor, he's developed a strong interest in film scoring, even studying last summer at the Sundance Film Composers Lab.

Personalities will be available on CD Nov. 18, but came out digitally on Oct. 11. So this concert broadcast, and the week-long residency around it, will mark two debuts: the release of Almazan's first album and the first time he will lead a band at the Village Vanguard.