Accessibility links
Despite Divide, Most Evangelicals Say They Could Vote For A Mormon By calling Mormonism a "cult," an evangelical pastor recently sparked a bitter debate over religious prejudice and traditional doctrine. But while many evangelicals don't believe that Mormonism is Christian, they say they share conservative social values and would stand behind a Mormon — such as Mitt Romney — for president. 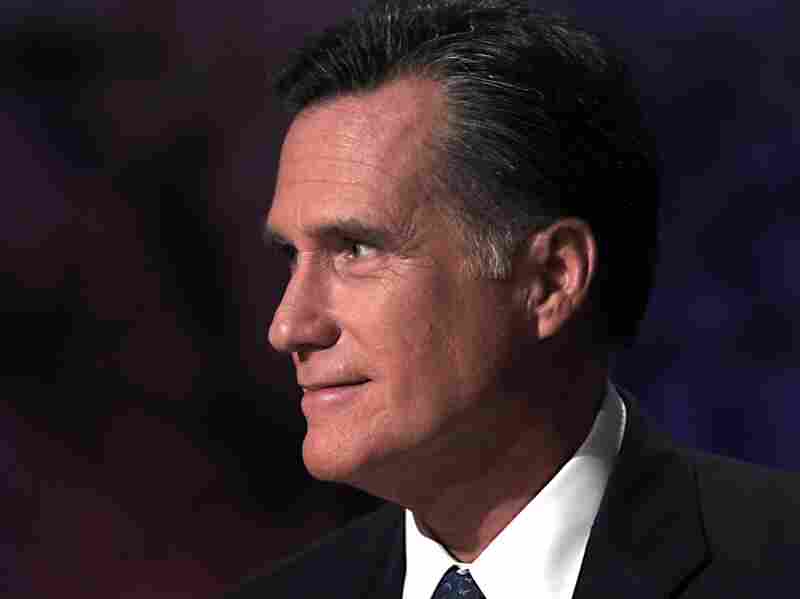 Mitt Romney, a GOP candidate for president, is Mormon. Recently, the pastor of First Baptist Church in Dallas called the Mormon faith a "cult" and said Romney isn't Christian. But other evangelicals say they share conservative social values and would vote for a Mormon for president. 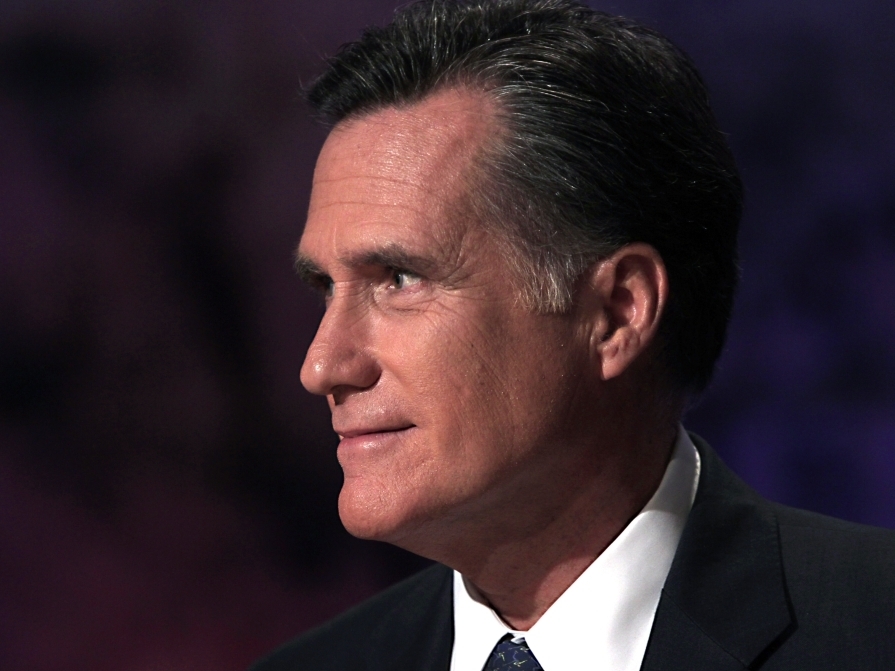 Mitt Romney, a GOP candidate for president, is Mormon. Recently, the pastor of First Baptist Church in Dallas called the Mormon faith a "cult" and said Romney isn't Christian. But other evangelicals say they share conservative social values and would vote for a Mormon for president.

Religion is once again a flash point in the presidential campaign. Recently, Robert Jeffress, the pastor of First Baptist Church in Dallas, called the Mormon faith a "cult," adding that Mitt Romney is not a Christian.

In doing so, he sparked a bitter debate over religious prejudice and traditional doctrine — one that many evangelicals would rather not have in the open.

Yet nearly 60 percent of evangelicals say they could vote for a Mormon for president. And faced with a choice between Barack Obama and Mitt Romney, many leaders believe that evangelicals would pull the lever for Romney.

Jeffress felt no remorse after he characterized the Church of Jesus Christ of Latter Day Saints as a cult. He says Mormonism fits the definition long held by traditional Christian theology.

"Mormonism has its own human leader, Joseph Smith," he told MSNBC this week. "It has its own set of doctrines, it has its own religious book — the book of Mormon — in addition to the Bible, and so by that definition, it is a theological cult."

Jeffress is theologically correct, says Richard Land, president of the Ethics & Religious Liberty Commission of the Southern Baptist Convention. But, he says, culturally and socially, the Mormon Church is not a cult.

"It's not like the Branch Davidians," Land says. "It's not like Jim Jones. I mean these people are the pillars of your community. They're the president of the Rotary. I mean they don't even drink coffee."

But Land quickly adds that Mormonism is not Christian. And according to surveys, 75 percent of evangelical pastors and 48 percent of mainline Protestant pastors agree. Land says that the God of the Mormons is not the God of the Old or New Testament. And that is not a bad thing, Land and others say, it's just post-Christian.

"It's the fourth Abrahamic religion, with Judaism being the first, Christianity being the second, Islam being the third and Mormonism being the fourth, with Joseph Smith being Mohammed the prophet and the book of Mormon being the Koran," Land says.

Of course, Mormons hotly disagree, saying that Jesus is central to their faith, as is the doctrine of sin and redemption through Jesus Christ.

Land says evangelicals share conservative social values with Mormons, including opposition to abortion and gay marriage. And it's clear that many evangelical leaders like Mitt Romney, because they see him as having the best chance of beating President Obama.

Yet, evangelicals in the pews seem more ambivalent. In a recent poll, 42 percent said they have a favorable view of Mormons, and 40 percent do not. You could pick up on that sentiment when Jeffress spoke to his congregation in Dallas on Sunday.

"Islam, Hinduism, Buddhism and Mormonism are all false religions," he said to loud applause. "And I stand by those statements."

Viewed As A Threat

"I think there's no doubt it still exists — it's still very powerful," he says. "A lot of evangelical churches have sessions or classes in which they educate their members against the teachings of Mormonism and other so-called cults."

In part, he says, it's because some evangelicals consider Mormon doctrines and practices a little strange, such as the claim that Jesus Christ made an appearance in the Americas, or that people can become gods and have their own planet in the afterlife.

But there's something else, Mason says. Many evangelicals are threatened by the rise of secularism, and fear they're losing grasp on the culture.

"They see Mormonism, along with lots of other new religious movements, like the Moonies and Scientologists and Jehovah's Witnesses, and others — they see them as eroding the foundations and challenging the authority of traditional Christianity," Mason says.