Accessibility links
Before Politics, Huntsman Aspired To Rock Star Fame Before GOP presidential hopeful Jon Huntsman served as governor of Utah, a corporate executive, and U.S. ambassador to China, he had another youthful calling: Huntsman was a rock 'n' roll musician in a band called Wizard. 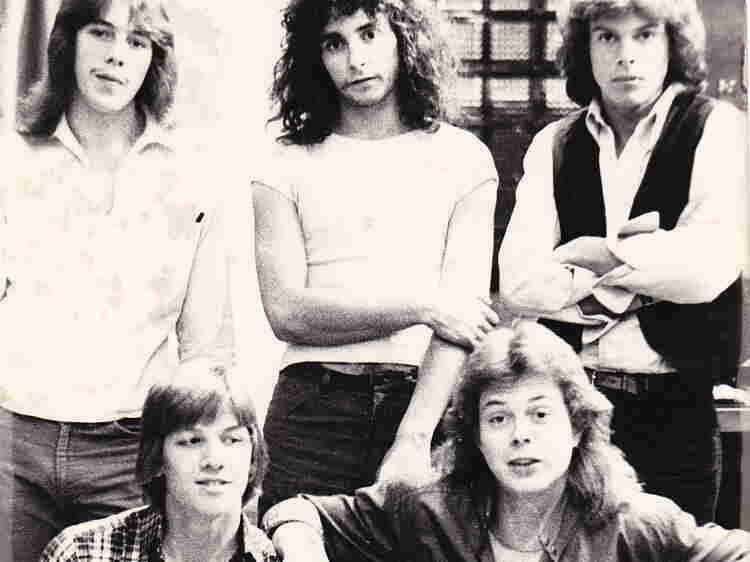 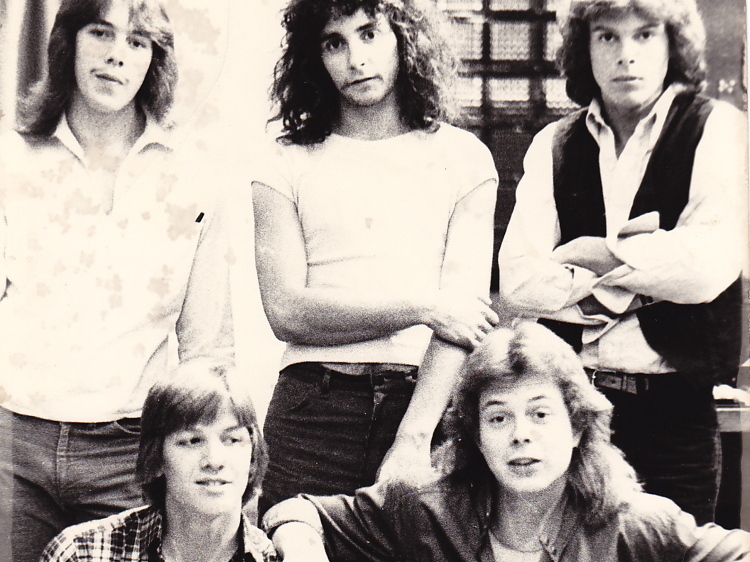 Third in a series

GOP presidential hopeful Jon Huntsman says he is the most qualified Republican in the White House race, thanks to his background as governor of Utah, a corporate executive, and U.S. ambassador to China. But if Huntsman had lived out his youthful ambition, he would have been none of those things.

"My initial passion in life was to be a rock 'n' roll musician," Huntsman told graduates at the University of South Carolina in May.

"In my late teens you wouldn't have recognized me," Huntsman said. "My hair was Rod Stewart shaggy. I wouldn't wear anything but superskinny jeans. I ended up leaving high school a bit short of graduation to play with a band called Wizard. I thought it was my ticket to fame."

Creating work for unemployed Americans will be the top priority for whoever wins the 2012 presidential race. In a series of profiles, NPR looks at a key job that each Republican presidential contender held before running for office.

His bandmates thought so, too.

"You know how it is in high school," said drummer Howard Sharp. "You always have grandiose thoughts. I think we thought we were going somewhere, maybe move to L.A. or something. But coming out of Salt Lake, it's just high school silliness."

Salt Lake City was not an obvious launching pad for aspiring rock stars. A lot of the band's early gigs came at youth-oriented music "stomps," sponsored by the Mormon Church.

"We knew we couldn't sing certain songs, so we'd have to change the words to them," bass player Eric Malmquist said. "We'd play Eric Clapton's 'Cocaine.' But instead of singing 'cocaine,' which you probably wouldn't do in church, we'd change the word to 'propane.' "

The new lyric didn't make any sense. But it kept the church leaders happy. Malmquist, who is not a Mormon, remembers Sharp's family as prominent in the LDS Church, and Huntsman's family even more so.

"Everybody knew who the Huntsmans were," he said. "They lived in the castles on the hill."

We knew we couldn't sing certain songs, so we'd have to change the words to them. We'd play Eric Clapton's 'Cocaine.' But instead of singing 'cocaine,' which you probably wouldn't do in church, we'd change the word to 'propane.'

"If you didn't know Jon was Jon, he was like one of the guys," said Malmquist, who is now a construction manager in California. "That was one of the things that was neat about him. He obviously knew he had wealth. At 16 his dad bought him this incredible silver Bronco with a red interior. It was the dream car of any 16-year-old boy. But he didn't flaunt it. He'd go out and get dirty with anybody. He was a really grounded kid."

Wizard never achieved rock stardom. And Huntsman eventually left the band to serve his Mormon mission in Taiwan. When he returned, he traded rock 'n' roll for work in the Reagan White House, following the example of his father, who once served as staff secretary for Richard Nixon.

For the next 20 years, Huntsman's professional life alternated between political appointments in the federal government and working for the family chemical business.

Jon Huntsman, At A Glance

"Certainly his father's business efforts have opened doors of opportunities. But he also has his own skills," said political scientist Tim Chambless of the University of Utah.

Chambless called Huntsman a good listener and a bridge-builder — skills that helped make him a popular two-term governor.

Huntsman told the South Carolina graduates that even though his band didn't make it, he'll never regret following his passion. For a young man who would spend much of his life following in his father's footsteps, Huntsman's days with Wizard were an important chance to stand on his own two feet.

"I don't think I realized at the time, but as I look back, it's clear he really wanted to do his own thing," said Sharp, now a doctor in Salt Lake City. "And I think he always loved and respected his family. They're great. But Jon kind of went his own way. And he really kind of was his own man."

Some 25 years after Wizard broke up, Huntsman found himself onstage at the Utah State Fair. The governor was jamming with REO Speedwagon.

Match Game: What Did These Presidents Do Before They Were Elected? Oct. 12, 2011