Accessibility links
'Catch-22': A Paradox Turns 50 And Still Rings True Joseph Heller's depictions of war turned America's idea of heroism on its head. The irreverent 1961 novel was based on Heller's own experiences in World War II, but it was the anti-authoritarian generation of the Vietnam era that embraced Catch-22 as its own. 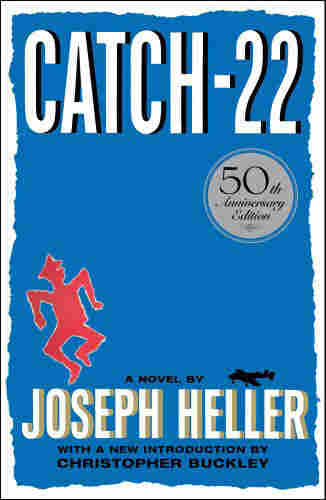 Fifty years ago, a new phrase began to make its way into American conversations: "Catch-22." Joseph Heller's irreverent World War II novel — named for the now-famous paradox — was published on Oct. 11, 1961. His take on war meshed perfectly with the anti-authoritarian generation that came of age in the 1960s. And now, a half-century later, the predicament of a no-win trap still resonates with a new crop of young people distrustful of their elders.

In August 1944, Heller flew on a mission over the French town of Avignon. Sitting in the plexiglass nose cone of a B-25 bomber, Heller faced the very real possibility of death for the first time. That mission, says Heller biographer Tracy Daugherty, shaped the way Heller thought about war, a sensibility that permeates his novel.

"After that mission over Avignon, Heller really understood that this is not an abstraction," Daugherty says. "They are out to kill me personally, and he didn't like it — and Yossarian doesn't either."

Yossarian is Heller's nimble creation — an everyman soldier who is trying as hard as he can to get out of the war. But the more he tries, the more he is caught in the famous catch: "Anyone who wants to get out of combat duty isn't really crazy," Doc Daneeka, the Army physician, explains.

There was only one catch and that was Catch-22, which specified that a concern for one's safety in the face of dangers that were real and immediate was the process of a rational mind. [Bomber pilot] Orr was crazy and could be grounded. All he had to do was ask; and as soon as he did, he would no longer be crazy and would have to fly more missions. ... Yossarian was moved very deeply by the absolute simplicity of this clause of Catch-22 and let out a respectful whistle.

When Catch-22 was first released, it wasn't universally well-received. Until then, books about war tended to be serious works, often tragic in tone. Heller's war was a black comedy, filled with orders from above that made no sense and characters who just wanted to stay alive. The novel seemed to offend some reviewers. The New York Times called it an "emotional hodgepodge." But other critics took on the book as a cause.

He was using a tone that is not normally used when you talk about war, especially wars fought by Americans.

"It seemed to me like the first genuine post-World War II novel," says Robert Brustein, who reviewed Catch-22 for The New Republic. He says he was blown away by the book and the way Heller's depictions of war turned the idea of heroism on its head.

"He was using a tone that is not normally used when you talk about war, especially wars fought by Americans," Brustein explains. "The language we use when we refer to our soldiers is 'our brave heroic boys.' We don't use language that indicates they might be insane, and that's what Joe Heller was one of the first brave men to do — and he ran into a firestorm as a result." 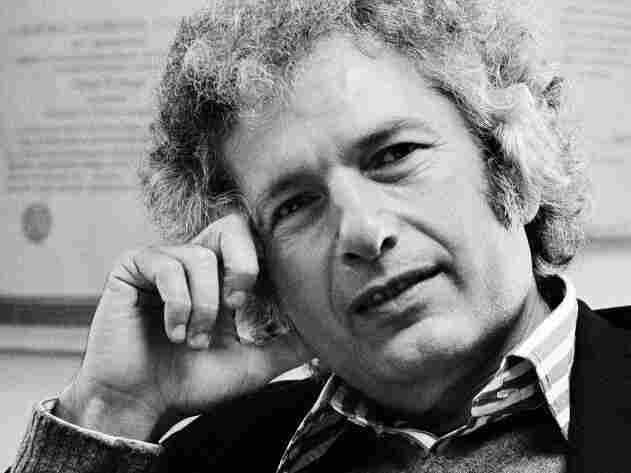 Joseph Heller, pictured above in October 1974, based Catch-22 on his own experiences as a bombardier in World War II. Heller died in 1999 at age 76. 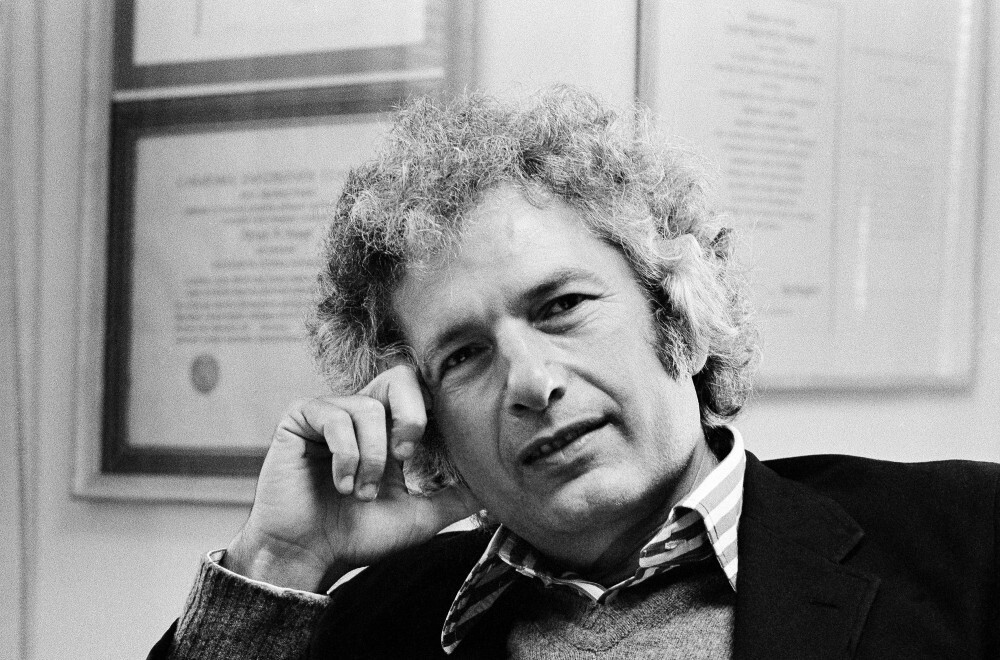 Joseph Heller, pictured above in October 1974, based Catch-22 on his own experiences as a bombardier in World War II. Heller died in 1999 at age 76.

By the time Catch-22 came out in paperback, the word of mouth was more positive than negative and the book became a best-seller. But Daugherty says it was more than just the praise of critics that turned the tide in its favor.

"Really what turned the tide I think was that the Vietnam War began to heat up and was more and more in the news, and Heller's book seemed to prophesy what was happening," she says.

The young people who took to the streets to protest the war embraced Catch-22. Heller may have based the novel on his own experiences in World War II, but the voice that emerged captured the tone of a new generation that had lost respect for authority and refused to take anything at face value.

The Vietnam War began to heat up ... and Heller's book seemed to prophesy what was happening.

"What was being stated publicly [in the mid-1960s] was clashing so obviously with the images we were seeing on our television screens," Daugherty says. "And so I think in a large sense, the entire culture began to distrust language. We were being told one thing and seeing another, and there's the paradox. That's the heart of Catch-22."

But young people in antiwar protests and on college campuses weren't the only ones reading the book. Marc Anderson read Catch-22 while serving in Vietnam. He carried it with him on forays into the jungle and lent it to other soldiers who wanted to know what he was reading.

"I would tell people about it and they'd get a kick out of it, and I'd let them have it for a day or two and they'd read sections of it," Anderson recalls. "I think it had a lot of resonance with the Vietnam soldiers because ... they were drafted, they didn't choose to be there. And it was pretty apparent once you'd been there a little while: 'This is silly. We're fighting peasants with BB guns with a 500,000-person army.' " 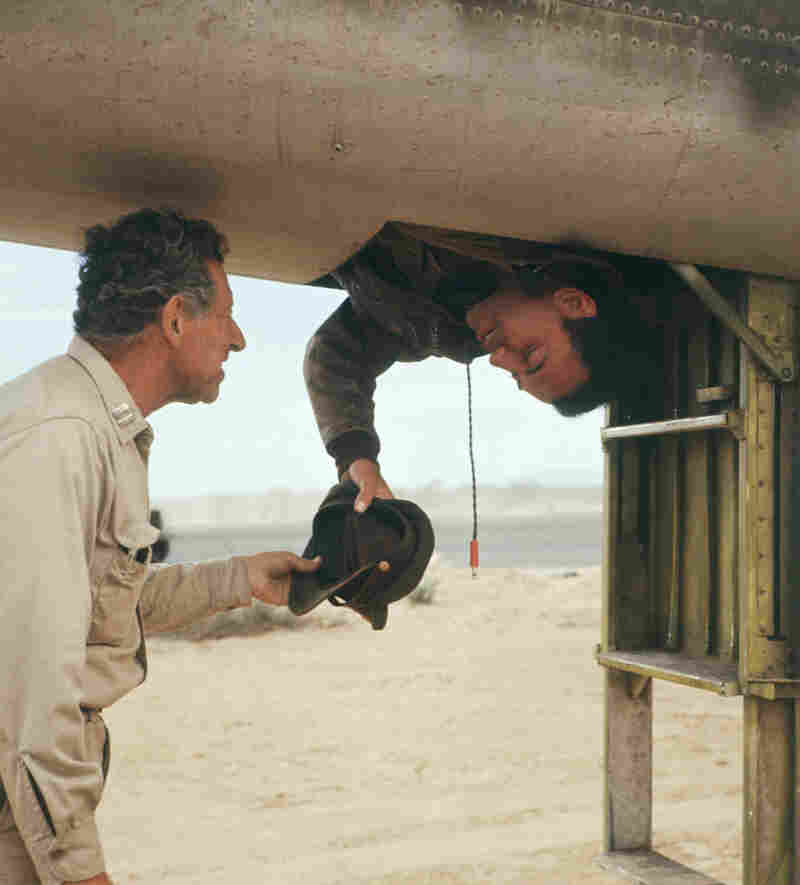 In the 1970 film adaptation of Joseph Heller's novel, physician "Doc" Daneeka (left), played by Jack Gilford, explains the Catch-22 paradox to Capt. John Yossarian (Alan Arkin): "Anyone who wants to get out of combat isn't really crazy," Daneeka says. 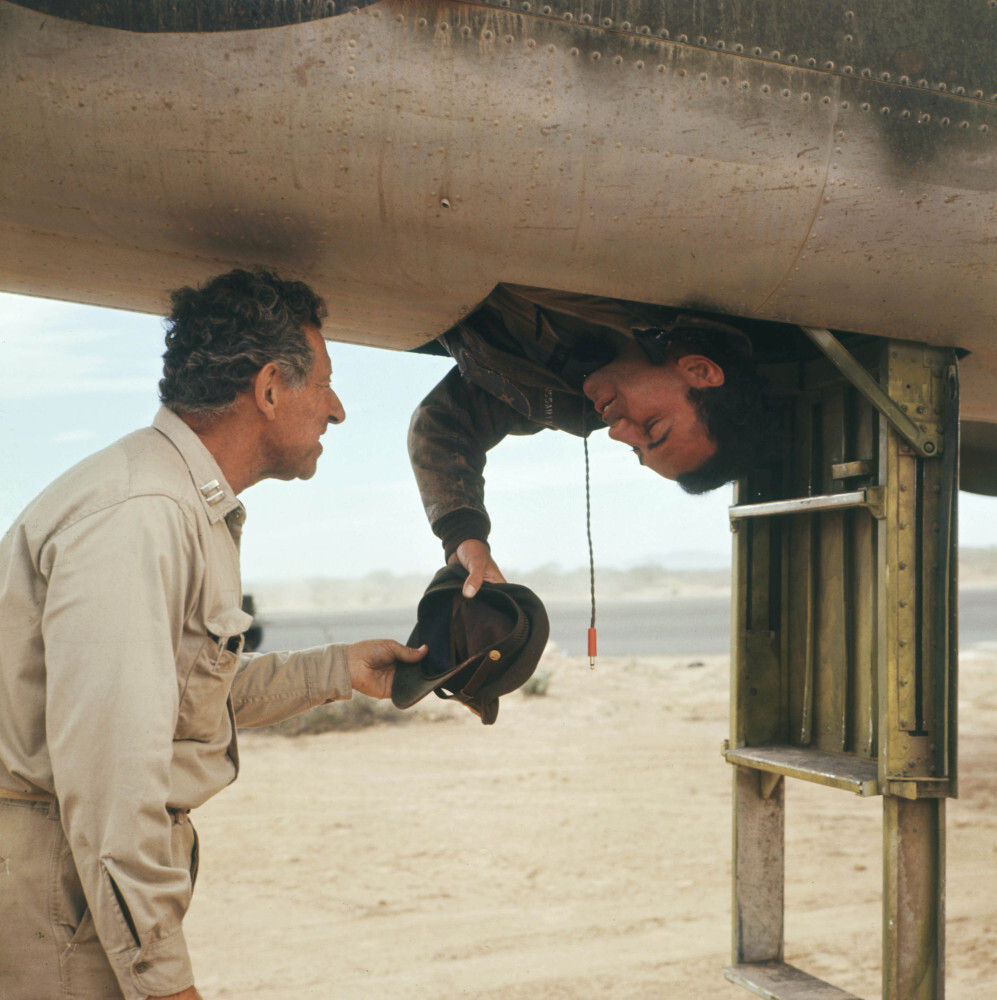 In the 1970 film adaptation of Joseph Heller's novel, physician "Doc" Daneeka (left), played by Jack Gilford, explains the Catch-22 paradox to Capt. John Yossarian (Alan Arkin): "Anyone who wants to get out of combat isn't really crazy," Daneeka says.

Anderson says Catch-22 took one of life's worst experiences and made it funny. Heller understood completely what soldiers encounter in war and identified with their frustration about getting caught in a situation over which they have no control. He turned that frustration into his famous Catch-22, an idea that perfectly captures the absurdity of war and the mind-numbing bureaucracy that supports it. Heller's humor, says Anderson, is what makes the book work.

"It seems to make more clear and more obvious the futility of the war. ... Yossarian just made fun of everything about it and everyone in it continuously, nonstop," Anderson says. "And he did it in a way that you just couldn't help but laugh out loud at him. And I think the humor is unique, and I think the humor is what makes the book so powerful."

Catch-22 is a concept everyone can understand. That's why it so quickly became part of the language — a phrase to be called upon when there seems no way out of the traps life can set for you and when humor really is the best response. And that, says Brustein, is why the book has endured.

"It's amazing to me that it's 50 years old, because I feel as though it was written yesterday," he says. "I do think that it still speaks to us. I think people should start reading it again and then looking around at our political leaders and they'll see them in a whole new light."

When Heller was first promoting Catch-22, he was interviewed on NBC's Today show by John Chancellor. As it turned out, Chancellor was such a fan of the book he had stickers made up that read "Yossarian lives." Not long afterward, bumper stickers started popping up all over the place. Fifty years later, the message on those bumper stickers isn't out of date: Yossarian lives, and seems to have quite a few years ahead of him.

Read an excerpt of Catch-22