Accessibility links
Labor Mismatch Means Trucking Jobs Go Unfilled Even with many looking for work, some employers say they just can't find the right people to hire. The problem hit the trucking industry, prompting one company to offer driving schools with the promise of a job upon completion. But other open jobs require more training, making them harder to fill. 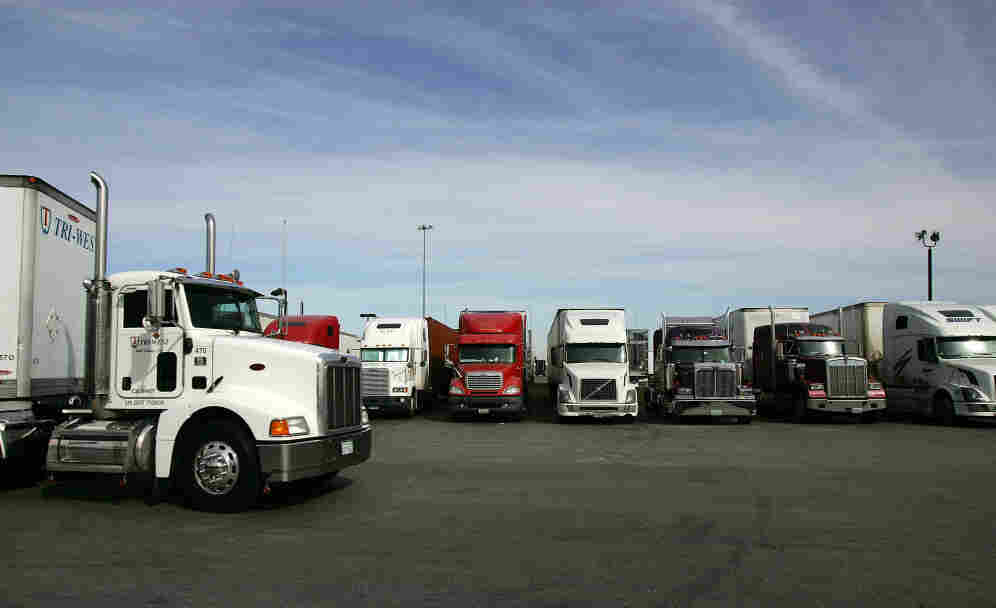 A truck stop near Hesperia, Calif. To address a shortage of truck drivers resulting from a mismatch of skills in the labor market, some trucking companies have started free driving schools with the promise of a job upon completion. 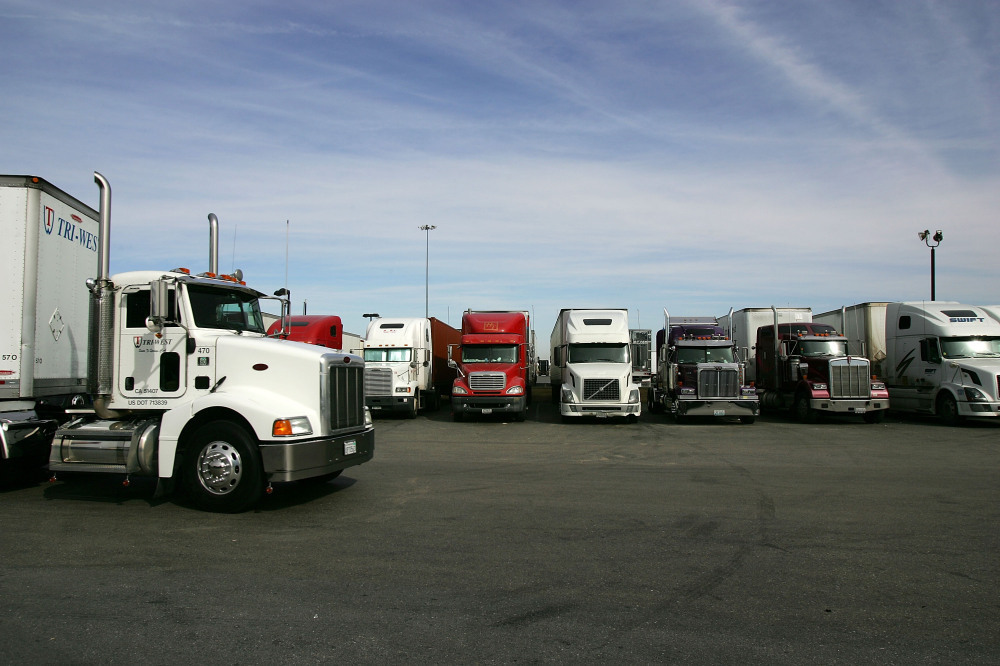 A truck stop near Hesperia, Calif. To address a shortage of truck drivers resulting from a mismatch of skills in the labor market, some trucking companies have started free driving schools with the promise of a job upon completion.

The job market is barely treading water. The Labor Department reported Thursday that 404,000 more people filed for unemployment benefits last week, a number that's essentially unchanged from the week before.

The Skills Gap: Holding Back The Labor Market

Overall, there are 14 million people looking for work in the U.S., but at the same time there are still job openings around the country.

A surprising number of those openings are going unfilled because employers can't find qualified people — what economists call the labor mismatch. Even with so many people looking for work, many employers say they can't find the right people to hire.

"We have had a job trying to find qualified people," says Kevin Mirner, chief executive officer of Harcros Chemicals in Kansas City, Kan. He was speaking with a panel of CEOs at a business school where this question came up.

Mirner is having trouble finding people with chemical engineering degrees. But he says the problem isn't just with such highly skilled workers.

"Even farther down the distribution business, there's a shortage of truck drivers in this country," Mirner says. "[It's] incredible. ... I mean, there's a skill in driving trucks, don't get me wrong," but he says it's something people can learn.

"It is very true, contrary to logic as the economy continues to struggle and unemployment runs high," he says. "In the trucking industry we're experiencing just the opposite: a driver shortage where demand for qualified drivers is very strong at the moment."

Petrancosta says many drivers are getting older and retiring. Meanwhile, he says, it can cost upwards of $4,000 for unemployed people to go to a good trucking school to be trained. The result is that trucking companies like his can't hire qualified people fast enough.

So the company started free driving schools at 75 of its truck yards, with a guaranteed job for people who complete the training.

In the trucking industry we're experiencing just the opposite: a driver shortage where demand for qualified drivers is very strong at the moment.

Petrancosta says that over an 18-month period since the effort got started, "we have graduated nearly 440 drivers and we have a retention rate of 98 percent."

That's because these are good jobs, Petrancosta says. At least at his company there are no long hauls, so the drivers sleep in their own beds every night.

The Role Of The Housing Crash

So how does the truck driver problem fit into the overall picture in terms of how many good jobs are going unfulfilled because of the mismatch in the labor market?

Giorgio Topa, an economist with the Federal Reserve Bank of New York, says there's always going to be some level of mismatch in the economy.

One idea that's been kicked around is that the housing market crash has trapped people in their homes, meaning they can't sell them and move to find a new job. But Topa and his co-economist at the New York Fed, Aysegul Sahin, who also studies this issue, say recent research has debunked that idea.

"We find that geographic mismatch is not very important," says Sahin.

As far as how many jobs are going unfilled because employers can't match up jobs with the right workers, Topa says that there are anywhere between 4 and 5 million available jobs right now in the economy, and that maybe around 1 million go unfilled because of the labor mismatch.

If those million jobs could be filled — and that's a significant number — that would drop the unemployment rate from around 9 percent to around 8 percent. But the economists stress that these are ballpark figures and you couldn't really fill all these jobs that way: You'd have to turn construction workers into doctors overnight, or English majors into engineers.

Also, they say most of the mismatch involves higher-skilled workers, so there aren't too many opportunities as in trucking, where quick training can land a good-paying job.