Accessibility links
Movie Review - 'The Skin I Live In' - Almodóvar Gets Under The 'Skin', But How Deeply? Pedro Almodovar's film The Skin I Live In reunites him with actor Antonio Banderas, who first came to international attention as an obsessive lover in the director's 1987 film Law of Desire. This time, Banderas plays a scientist driven to replace his dead wife with a carbon-based copy. 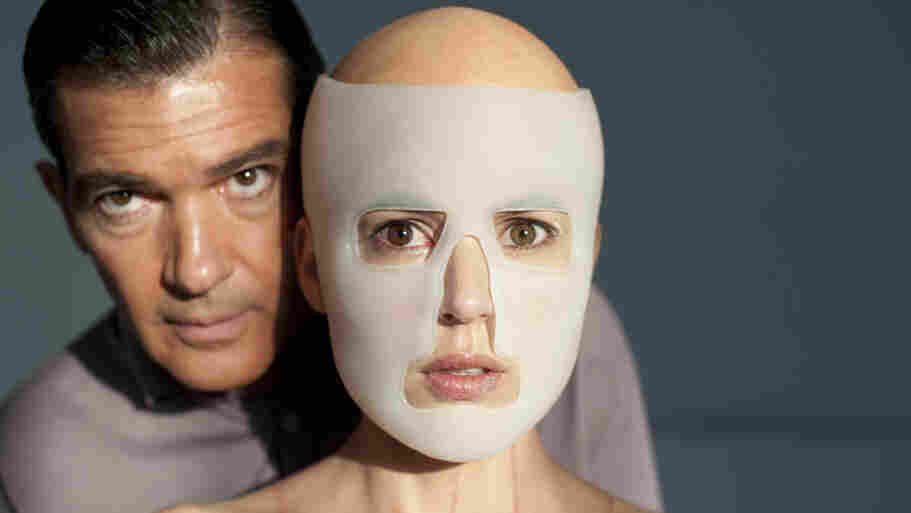 Vera (Elena Anaya) is both patient and obsession for plastic surgeon Robert Ledgard (Antonio Banderas), who is bent on creating a synthetic skin that can resist any kind of damage.

The Skin I Live In

At festivals and in interviews, Pedro Almodovar is such a furry cuddle bear that it's possible to forget what a perverse filmmaker he can be — that is, until you watch something like his nasty new gender-bent Frankenstein picture, The Skin I Live In. It's a self-conscious, madly ambitious work, rife with allusions to countless other films. But does it have a soul? I couldn't detect one amid all its borrowed tropes.

The movie centers on a Spanish plastic surgeon named Robert Ledgard (Antonio Banderas), who's obsessed with creating a new kind of flesh. Early on, we learn his wife was badly burned in a car crash and later, after seeing herself, jumped out a window, and that Ledgard wants to make skin not only fireproof but damn near impenetrable. It turns out that Ledgard's philosophy of identity is literally skin-deep. "Our face," he lectures his colleagues, "identifies us." Ergo, what's to stop him from putting his dead wife's on someone else and getting her back? Certainly it won't be his moral sense — nothing will keep him from experimenting on living things.

Even without seeing The Skin I Live In, film buffs will pick up allusions to Frankenstein, Hitchcock's Vertigo, Georges Franju's Eyes Without a Face, and Michael Powell's Peeping Tom, along with Pygmalion and one or two Italian horror pictures featuring mad scientists and their imperious female housekeepers imprisoning young women for nefarious experiments. Ledgard has, in fact, a patient locked in a room full of surveillance cameras. She's a beautiful young woman named Vera (Elena Anaya), first seen doing yoga in a flesh-colored bodysuit so tight it's like a second layer of you-know-what. Where did she come from? Why does she resemble the doctor's late wife?

The Skin I Live In is a puzzle movie, and I don't want to orient any more than I already have. It features long, digressive subplots, some of which center on a thug in a tiger costume who has some relationship to Ledgard and his housekeeper. After about an hour, Almodovar gets around to the flashbacks that orient us, until the narrative stands revealed as a fairly standard revenge saga. But beneath that narrative is a meditation on seeing, on the tension between our inner and outer lives — and perhaps our inner and outer gender identities. 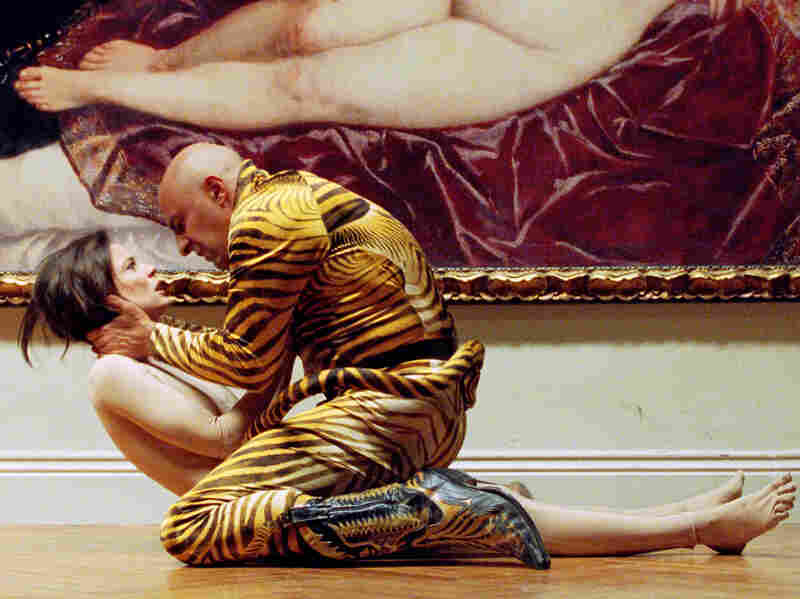 Cat, Woman: A mysterious figure in a tiger outfit is just one of the kinks in Almodovar' Skin flick. 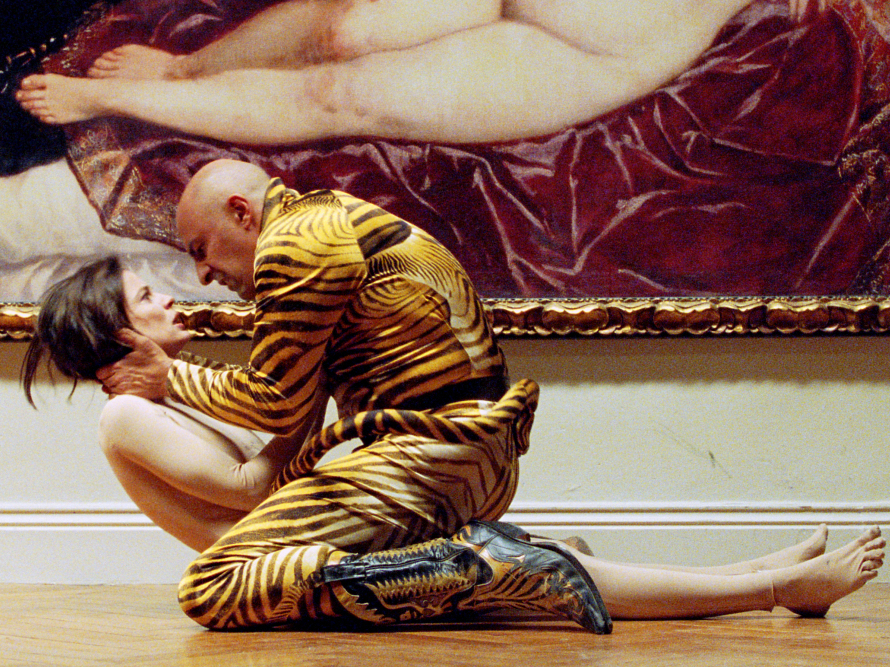 Cat, Woman: A mysterious figure in a tiger outfit is just one of the kinks in Almodovar' Skin flick.

The movie has enough disfigurement, torture and kink to make it a hit with the art house crowd that wants its own version of the gutbucket sensation The Human Centipede and its new sequel. It has a surface brilliance, especially in the giant, obscenely fleshy paintings on Ledgard's walls, which connect with the way in which he studies his prisoner Vera's derriere. But this is the only Almodovar movie in which emotion doesn't suffuse the imagery and hold the ramshackle melodrama together. What you get is what you see.

Almodovar apparently worked to deaden Banderas' demeanor, saying evil people have an absence of empathy, an absence of self-awareness — an overriding absence. But I worry that Almodovar has made himself absent, too. His movies have always been rife with allusions, but there was an emotional purity to them, as if the films he consumed as a lonely young gay man consumed in the last years of Franco's Spain had fused with his DNA and become a part of him. His own early films were campy but sincere, defiantly sexual, and effeminate in a culture that had until then been macho and fascistic.

It has been more than 35 years since those first films, and slowly Almodovar the transgressive has morphed into Almodovar the formalist. Perhaps The Skin I Live In is an attempt by the director to question the depth of his own artistry, by making the very look of his work suspect. But it lacks the one thing that would turn this from a sterile exercise into a true cry from the heart: emotional clarity.