Accessibility links
Feds To Re-Interview Polar Bear Researcher Federal officials continue to probe allegations of misconduct related to a famous report on dead polar bears that raised concerns about climate change. Later this month, officials plan to re-interview one of the two government scientists who wrote that report.

Polar Bear Researcher To Be Re-Interviewed By Feds

Polar Bear Researcher To Be Re-Interviewed By Feds 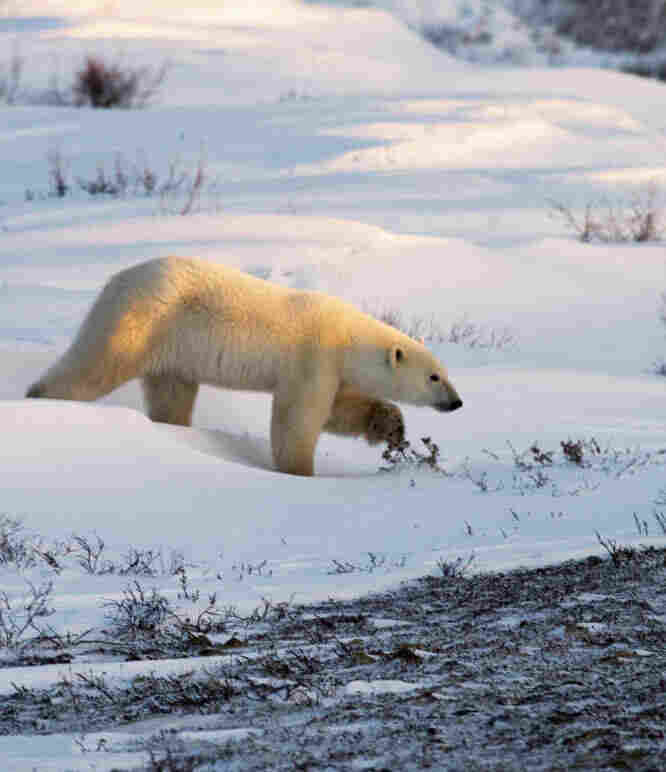 A researcher who wrote a famous report about dead polar bears is being re-interviewed by federal investigators, who are continuing to probe allegations of misconduct. Above, a polar bear walks on the frozen tundra on the edge of Hudson Bay. 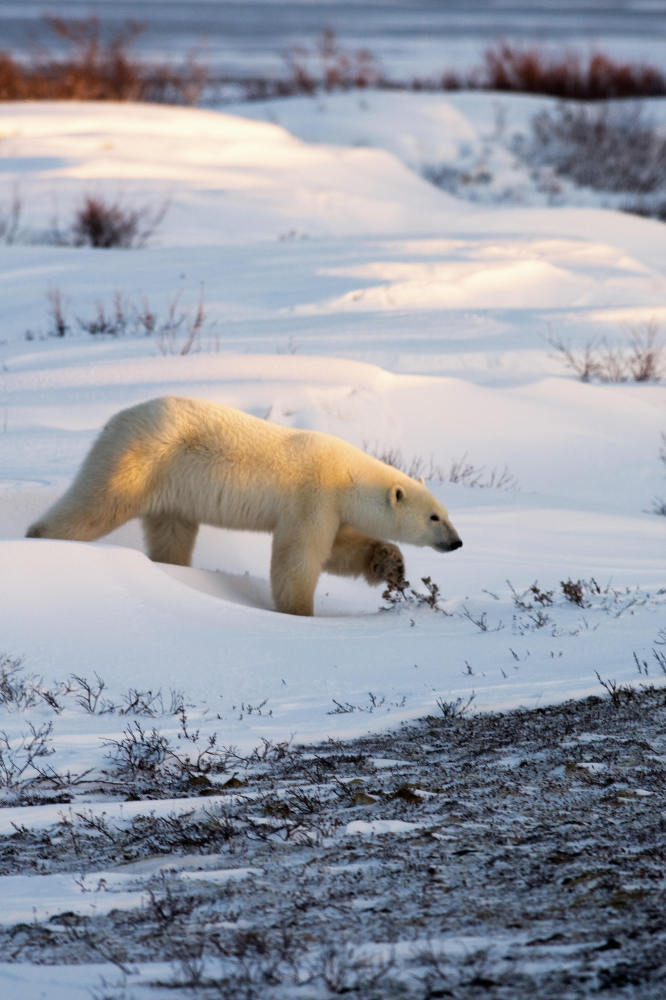 A researcher who wrote a famous report about dead polar bears is being re-interviewed by federal investigators, who are continuing to probe allegations of misconduct. Above, a polar bear walks on the frozen tundra on the edge of Hudson Bay.

Federal officials continue to probe allegations of misconduct related to a famous report on dead polar bears that raised concerns about climate change. Later this month, officials plan to re-interview one of the two government scientists who wrote that report.

The new development suggests that scientific integrity remains a focus of the investigation, which recently detoured into allegations that the other researcher under scrutiny broke rules related to federal funding of research. Both scientists work for agencies of the Department of the Interior.

Critics of the investigation say it is a witch hunt into scientists who made observations of apparently drowned dead bears that became a potent public symbol of the danger of melting ice.

Agents from the department's Office of Inspector General, or OIG, will question biologist Jeffrey Gleason on Oct. 26, according to a new letter to Gleason. The letter states that the office is investigating the dead polar bear report, published by the journal Polar Biology in 2006, which Gleason authored with his colleague Charles Monnett.

During Gleason's previous interview, in January, investigators wanted to know how the researchers recorded their wildlife sightings into a data system. They asked why a photo taken of a dead bear floating in the water looked so unclear, and what the scientists had done to try to enhance the image. They also asked why the 2006 report did not put more focus on how a windstorm could have affected the bears.

The interview included comments and questions about how the influential paper has been linked to global warming in the media. For example, special agent Eric May asked Gleason what he thought of Al Gore's reference to the dead bear sightings in the movie An Inconvenient Truth and later noted that car commercials have used drowning polar bears to encourage the purchase of hybrid vehicles.

We couldn't imagine after six hours of questioning about this four-page paper that they hadn't asked every question that could be asked.

The tone and the depth of the questioning astounded Gleason, says attorney Jeff Ruch of Public Employees for Environmental Responsibility, a group that has been representing Monnett and now also represents Gleason.

"He couldn't imagine what the investigation of the paper was about. He figured there would be a couple of questions and that would be it," says Ruch, who adds that Gleason "was really shaken by the whole thing and I think is still not over it."

Ruch says the news that investigators wanted another interview with one of the two scientists came as a shock as well. "We were frankly surprised that there was a new round of interviews at all, but the fact that they are focused back on the paper is really sort of a head scratcher," says Ruch. "We couldn't imagine, after six hours of questioning about this four-page paper, that they hadn't asked every question that could be asked."

The new letter to Gleason from agent May about the upcoming interview says that investigators "intend to discuss actions taken in your official capacity as an ecologist that include follow-up questions to your previous interview with the OIG regarding the integrity and representation of your official work."

It also says the Department of Justice declined criminal prosecution regarding matters that will be discussed in his upcoming interview. "Was Dr. Gleason subject to a criminal referral?" asks Ruch, who provided NPR with a copy of the letter. "What was the criminal referral about?"

Ruch says the OIG had previously informed Monnett that something had been referred to the Department of Justice, which declined prosecution. Ruch says they assumed it had to do with an issue related to federal contracts that did not involve Gleason.

'Polarbeargate' Scientist To Head Back To Work

The ongoing investigation into the polar bear report began after March 2010, when the OIG received allegations from an Interior Department employee that "acts of scientific misconduct may have been committed," according to a letter that Acting Inspector General Mary Kendall recently sent to Sen. James Inhofe, R-Okla., who had requested information on the inquiry. The letter did not name that employee.

"Although we would like to be able to respond to allegations by PEER and other outside entities about the integrity of the OIG and its investigation, we cannot," Kendall's letter to Inhofe continued. "Our investigation is not complete, and until it is, it would be unfair to all parties involved for the OIG to comment about its results."

Interior's Bureau of Ocean Energy Management, Regulation and Enforcement put Monnett on administrative leave for weeks after information uncovered during the probe raised questions about whether he had violated rules that govern federal contracts.

Overseeing government-funded research had been a major part of Monnett's job, but his agency has prohibited him from managing contracts since he's been back at work. Instead, he was assigned to write a report on vessel traffic in the northern Bering Sea and southern Chukchi Sea and how it could affect marine mammals.

Monnett's lawyers say he followed standard practices at his office while managing contracts. They have filed a complaint under the department's new scientific integrity policy, saying that the treatment of Monnett amounts to misconduct by agency officials.