Accessibility links
WikiLeaks Cable Hints At Motive For Alleged Iran Plot Saudi Ambassador Adel al-Jubeir, the alleged target of the Iranian plot, told U.S. officials in 2008 the king wanted the U.S. to attack Iran and "cut off the head of the snake." From Tehran that could have been interpreted as targeting Iran's leader for assassination. 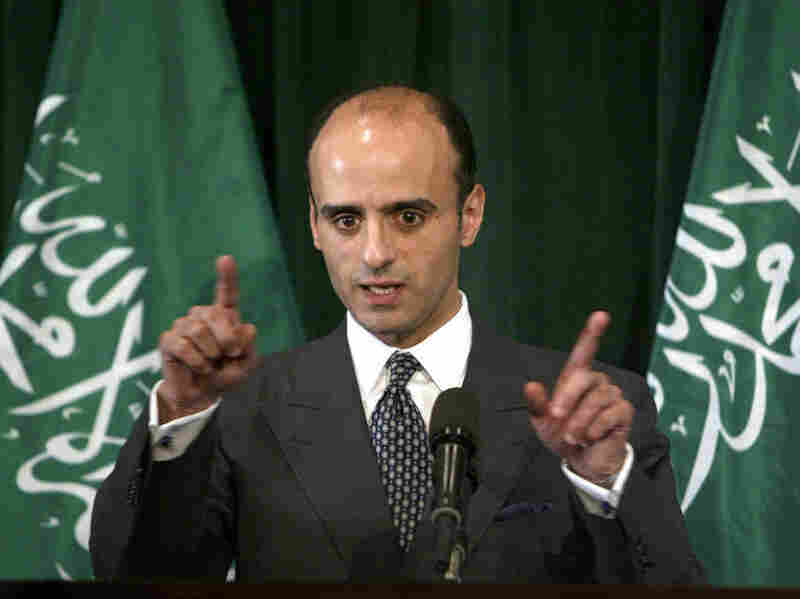 An alleged Iranian plot to assassinate Saudi Arabia's ambassador to the U.S., Adel al-Jubeir (shown here in 2004), may have been motivated by tensions between Iran and Saudi Arabia, but also could underscore an internal power struggle. 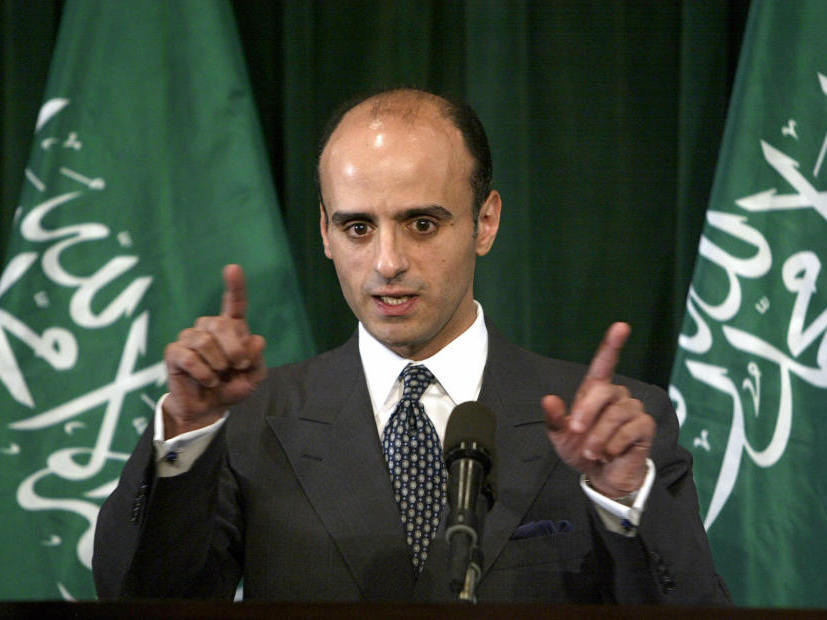 An alleged Iranian plot to assassinate Saudi Arabia's ambassador to the U.S., Adel al-Jubeir (shown here in 2004), may have been motivated by tensions between Iran and Saudi Arabia, but also could underscore an internal power struggle.

The disclosure of an alleged Iranian plot to kill the Saudi ambassador in the U.S. is certain to worsen relations between Riyadh and Tehran, despite the baffling and improbable details that have emerged so far.

Relations between Iran and Saudi Arabia have been deteriorating for some years now, however, with growing hostility bubbling just below the surface. In that context, the plot may make more sense than is immediately apparent.

As soon as the plot was disclosed, Saudi officialdom was calling for some kind of retaliation. Speaking earlier this week in London, Turki al-Faisal, a former Saudi ambassador to the U.S. and former head of Saudi intelligence for many years, signaled what the Saudi government now expects from Tehran.

"The burden of proof and the amount of evidence on the case is overwhelming, and clearly shows official Iranian responsibility for it," he said. "This is unacceptable and something that in the authority in Iran, somebody will have to pay a price."

Still, many analysts have wondered why the target of the plot was the current Saudi ambassador to the U.S., Adel al-Jubeir.

The answer may lie in the WikiLeaks documents, says Jonathan Alterman, director of the Middle East program at the Center for Strategic and International Studies in Washington.

In fact in many ways this [plot] plays into the Saudi narrative of Iranian belligerency and gangsterism and disruptiveness in the politics of the Middle East.

"It is conceivable to me that somebody saw some of the comments that the ambassador made in WikiLeaks about Iran that he attributed to the king and said the way to do this is we could punish the ambassador," he says.

In a cable from the U.S. Embassy in Riyadh to the State Department — dated April 20, 2008, and made public earlier this year — Jubeir, who is close to Saudi King Abdullah, made reference to the king's frequent exhortations to the U.S. to attack Iran. Then Jubeir used a particularly evocative phrase, says Alterman.

"Ambassador Jubeir told American officials that the king of Saudi Arabia told you to 'cut off the head of the snake.' That refers to a potential attack in Iran," Alterman says.

From Tehran that could have been seen as encouragement to assassinate Supreme Leader Ali Khamenei or the president, Mahmoud Ahmadinejad.

Still, says Alterman, if the Iranians had really wanted to retaliate for those remarks, they could have conceived of a much more effective operation.

"If the Iranians wanted to carry out a sophisticated plot against people in the United States or elsewhere, they can and they have," he says. "They haven't done it for decades. When they did it, they've done it with much more skill than seems to be connected to this plot."

Nader Hashemi, an Iran analyst at the University of Denver, is equally baffled by the plot's alleged details. But he, too, argues there is a real context of mutual hostility.

[Ahmadinejad's camp has] sent many signals that they want to re-establish the relation with the United States. But the opposite camp in the Iran power hierarchy that is led by Ayatollah Khamenei doesn't want it.

"In fact, in many ways this plays into the Saudi narrative of Iranian belligerency and gangsterism and disruptiveness in the politics of the Middle East," Hashemi says.

But if this was indeed a real plot meant to end in murder and mayhem in Washington, Hashemi says, Iran almost certainly would face military retaliation.

"I just don't see how the Islamic Republic of Iran benefits from effectively providing a casus belli for the United States to attack it because of a particular plot or assassination attempt on its soil, or by increasing regional tensions with Saudi Arabia," he says.

Sunni Saudi Arabia and Shiite Iran have been rivals in the Middle East ever since Iran's Islamic revolution in 1979. There was a short-lived thaw in the 1990s, but Saudi hostility increased when the U.S. invasion of Iraq led to an Iranian-backed Shiite government in Baghdad. Iranian hostility spiked this year when Saudi soldiers were dispatched to put down a Shiite challenge to Bahrain's Sunni king, notes Hashemi.

"Things are at a very dangerous and critical point. The level of animosity and rhetoric has really reached new heights," he says.

There is one other possible factor: how the plot may fit into Iran's domestic turmoil.

For much of the last year, the rivalry between Ahmadinejad, Iran's president, and Khamenei, the country's supreme leader, has become more and more nasty, and potentially dangerous.

Ahmadinejad and his small circle of advisers have made it clear they would like to see relations with the U.S. improve, says Muhammad Sahimi, of the University of Southern California.

"They have sent many signals that they want to re-establish the relation with the United States. But the opposite camp in the Iran power hierarchy that is led by Ayatollah Khamenei doesn't want it," Sahimi says.

The Obama administration has not responded to these signals, at least not publicly. After the disclosure of this plot, that option is almost certainly dead. Take, for instance, this speech Wednesday by Secretary of State Clinton in Washington:

"We will work closely with our international partners to increase Iran's isolation and the pressure on its government," she said.

How this will play out internationally is impossible to predict, but it is safe to say with Iran's government already feeling vulnerable — some say paranoid — there are many more shoes to drop before the full impact of the ambassador plot is known.