Accessibility links
Bones Of Aussie Outlaw Legend Rise Again Ned Kelly was tall, manly, often on horseback, chivalrous to ladies, a sucker for babies, a revolutionary, a bank robber and even an Irish nationalist. And now, 130 years later, Australia's legendary outlaw hero has been found. 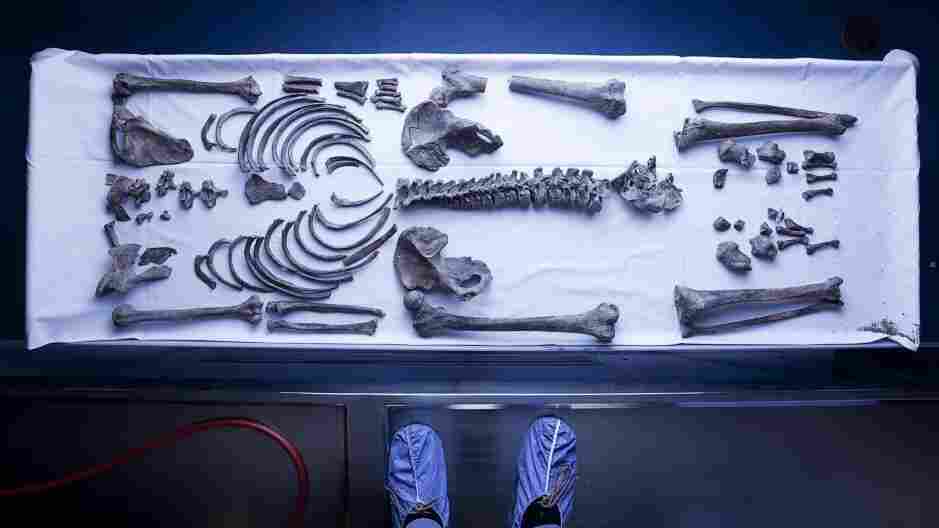 These skeletal remains exhumed from an old prison cemetery are now confirmed as the bones of outlaw legend Ned Kelly. 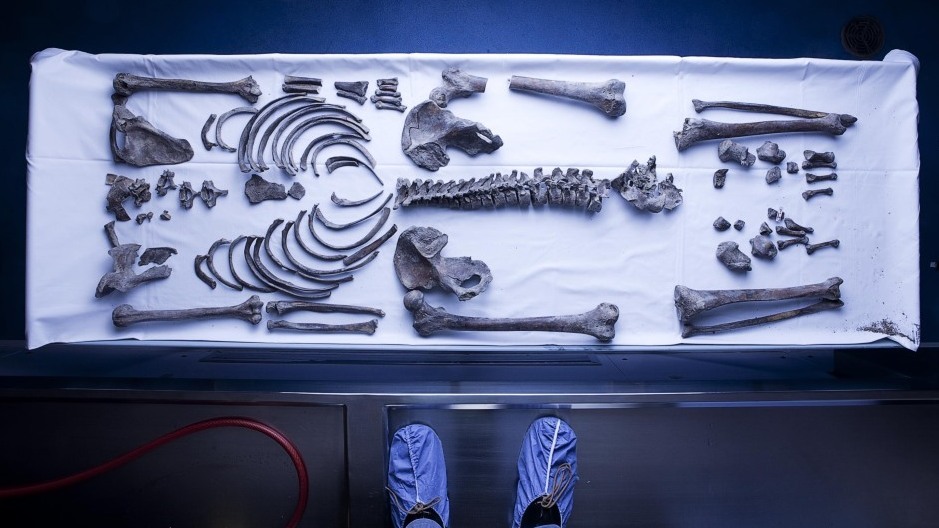 These skeletal remains exhumed from an old prison cemetery are now confirmed as the bones of outlaw legend Ned Kelly.

Day in and day out, Stephen Cordner sorts through a big jumble of human bones. He's the director of the Victorian Institute of Forensic Medicine in Victoria, Australia. The bones he's handling this day are unusual: They belong to the legendary Ned Kelly.

"I don't think anybody grows up in Australia without hearing about Ned Kelly," Cordner tells weekends on All Things Considered guest host Rebecca Roberts.

Even in death, Kelly is larger than life in Australia. So large that he's been played in movies by both Heath Ledger and Mick Jagger.

Ian Jones may be the world's foremost Ned Kellyist. He describes Kelly as the prototypical hero-bandit: "You have Rob Roy in Scotland, you have Jesse James in America, but with Ned Kelly, you have a man who fits the mold almost too perfectly."

While 19th-century America was absorbed in a civil war, Kelly was blazing a path through the Australian bush. He was tall, manly, often on horseback, chivalrous to ladies, a sucker for babies, a revolutionary, a bank robber and even an Irish nationalist.

He ended up in jail for a life of crime that included killing cops.

Today, he's a divisive figure. The majority of Australians think he's heroic. But, according to Jones, "about 30 to 40 percent will think he's the total expression of everything that is undesirable in the Australian character. And within that group, you will find 10 percent of the 40 percent who regard him with absolutely hysterical hatred."

In 1880, the police cornered Kelly and his gang in a town called Glenrowan. In a dramatic standoff, the entire gang was killed except for him. Dressed in homemade armor, Kelly was shot in the legs and arrested. He met his end in the summer of 1880, when he was hanged at age 25.

Kelly was buried at Pentridge Prison, alongside other executed prisoners. Fifty years later, that jail was closed and the remains exhumed. Curious onlookers swiped a few souvenirs, including what may have been Kelly's skull.

A couple of years ago, the remaining bones were dug up again, as development spread into the old prison yard. That's how Cordner ended up with the pile.

"There was one pit which contained about 15 sets of remains, and there were about 10 names in that pit," Cordner explains. "One of them was Kelly."

He sent the bones to a lab in Argentina to extract DNA, but they needed another source of Kelly's DNA to compare the samples to. Kelly's homemade armor, on display in Melbourne, didn't provide a usable blood sample, but a family descendant did. Just last month, Cordner was finally able to conclude that one of the skeletons is a DNA match.

The naked eye tells a story consistent with the DNA testing, Cordner says. "When you then looked at that particular set of remains, you could see the bullet wounds that he sustained when he was finally arrested."

Kelly's skull remains at large, however, and speculation on its whereabouts abounds. It's been 130 years since Kelly died. It seems that, for him, resting in peace will take a little bit longer.