Accessibility links
The Jayhawks: Just Like Old Times The band helped create alt-country in the early '90s, but it's been 16 years since its principal members, Mark Olson and Gary Louris, recorded together. The two songwriters discuss breaking that streak on their new album, Mockingbird Time. 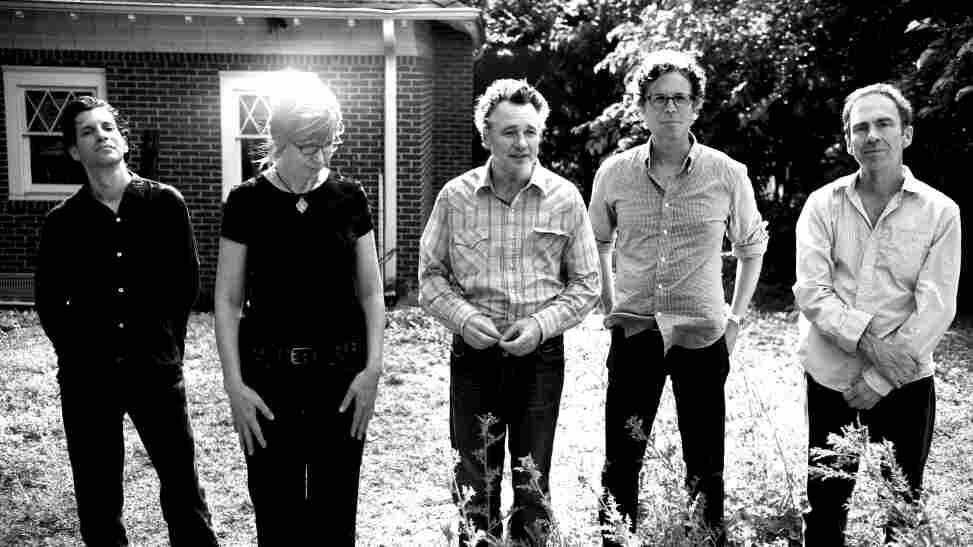 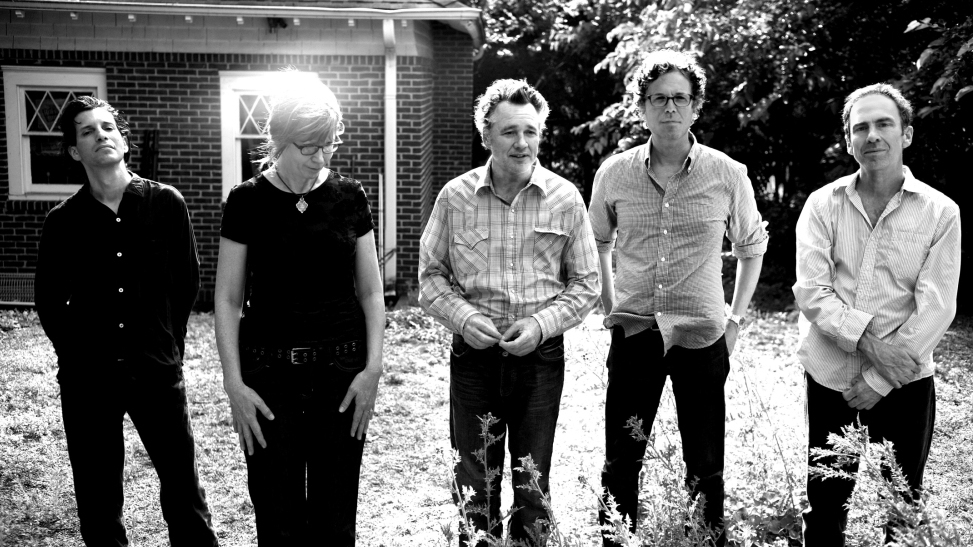 In 1992, the album Hollywood Town Hall launched the career of the Minnesota band The Jayhawks, making it a seminal force in the burgeoning sound known as alt-country. Co-founders Mark Olson and Gary Louris found their harmonies and their songwriting styles fit together like few others, and The Jayhawks toured relentlessly — so much so that it took them three years to follow up that hit album with a new one.

By the end of 1995, Olson had left the band. Louris kept the name and the spirit alive with three more Jayhawks albums, but it never sounded quite like the original team.

Now, The Jayhawks are back with Mockingbird Time — the first album featuring Louris and Olson together in 16 years. Speaking with NPR's Rebecca Roberts, the two songwriters say their time apart from one another didn't stretch on as long as people might think.

The Jayhawks: Reunited And Live In Concert

"That only went on for, really, seven or eight years, and then Gary and I got back together and started playing music again," says Olson. "But I think part of the strangeness of the story is that we didn't make an album then for about eight years. We just kind of went around playing music."

"We started by playing some Jayhawks songs," says Louris, "and then we said, 'Well, let's play some new stuff.' From there, it just got to the point where we listened to the people — and what they said was, 'We want to hear the band! When's the band getting back together?'"

Louris went to visit Olson at his house in California, where they put together their first co-written song for the new album: "Hey Mr. Man," which tells the tongue-in-cheek story of someone avoiding work at all costs.

"I had a cousin there, and he wasn't working at the time ... and had used the notion that there weren't any jobs anymore as a great base to launch his non-working career," Olson explains. "Now he's actually working for the Merchant Marines — he went to the academy, and he's on a ship right now. So the song isn't really true anymore."

In 2000, The New York Times ran a story on The Jayhawks with the headline, "What If You Made a Classic and No One Cared?" — a reference to the band's unsung sixth album, Smile, as well as its failure thus far to break big in the pop world. Louris says that flying under the radar frustrated him at the time, but has proved to have an upside.

"I certainly wanted to be bigger; I think Mark just wanted to be good. That shows you how shallow I am," Louris jokes. "[But] the fact that we were never part of any particular scene, or had the one big radio hit or whatever, has kind of worked to our advantage. We have that thing called longevity going for us."