Accessibility links
Eating Healthy: Whose Choice Should It Be? Restaurants are introducing calorie counts on menus and smaller portions to help consumers make healthier choices. But some consumers think that limits choice, and nutrition experts say we need to change the culture, not the menu. 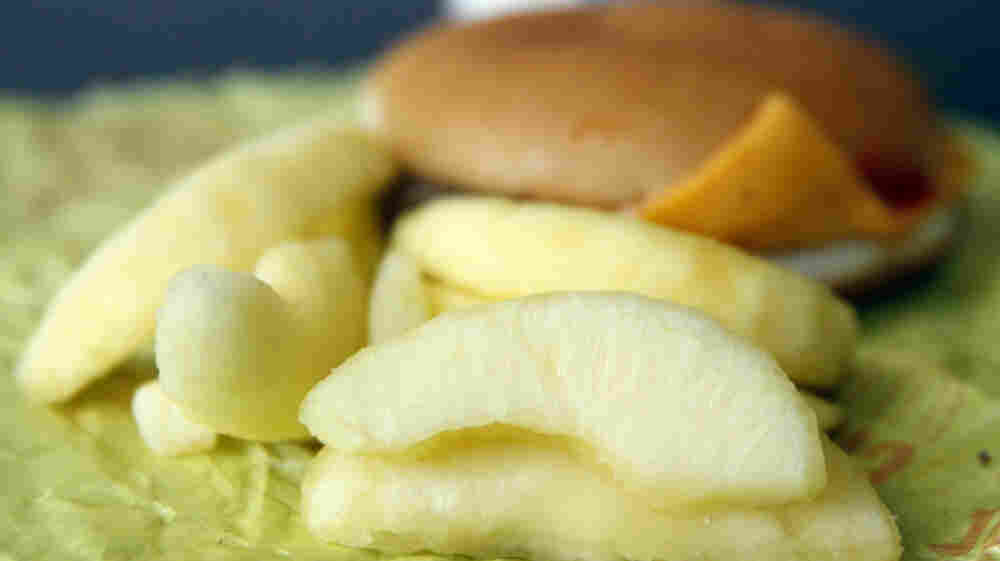 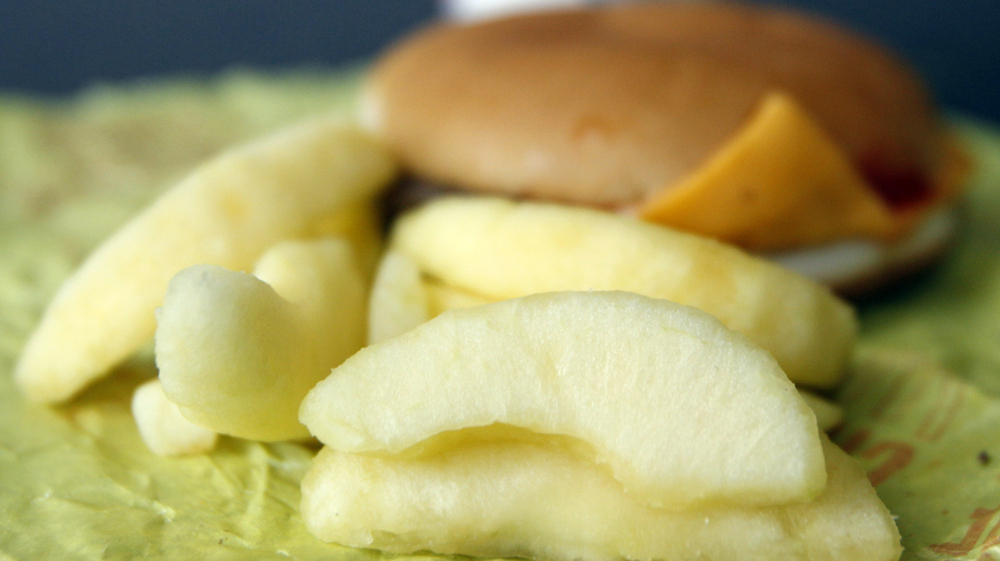 On a recent visit to McDonald's, Christie Coleman, a mother of two boys, was surprised to find that her kids' Happy Meals included fewer french fries and something new: apple slices.

Coleman says her boys are extremely picky eaters, so she was not happy with the change.

"When they do want to eat, they will eat all of their fries, and I don't think that they should get 15 or 20 less fries because McDonald's thinks that they need to eat apples as well," she says.

When it announced the new Happy Meal, McDonald's said it was aiming "to help customers, especially children and families, make nutrition-minded choices for their daily lifestyles."

Coleman thinks her choice is being taken away.

Can people make the right decisions when it comes to what they eat, or should restaurants and institutions do their part to help people make better food choices?

Rising obesity rates are cited for these and other nutritional changes. But Julie Guthman, author of Weighing In: Obesity, Food Justice and the Limits of Capitalism, is not quite convinced that obesity is the problem that it is being made out to be.

"The way many of the statistics are constructed seem to overstate the problem," she tells weekends on All Things Considered guest host Rebecca Roberts.

For example, the body-mass index that is commonly used to measure obesity and obesity prevalence is inaccurate, says Guthman, a professor at the University of California Santa Cruz. A person's BMI is essentially a ratio of weight to height, but the problem is that bone and muscle tissue are heavy as well.

"So if somebody has a big bone structure or works out a lot or has a lot of muscle mass, they will have a higher BMI," she says.

For those who truly are overweight, Guthman says, choosing among problematic options isn't the answer.

"By the time people walk into that McDonald's restaurant, they've already decided that they want a burger. So many of the problems really stem from the way we produce food," she says.

Whether it's the agricultural chemicals or hormones and antibiotics used in producing beef, Guthman says, these things warrant discussions about food production.

Dr. Brian Wansink, the author of Mindless Eating: Why We Eat More Than We Think, says we're not even aware of most of the choices we're making about food.

"Regardless of how tuned in we think we are to the food decisions we make and how much we eat, we're a nation of mindless eaters," says Wansink, the director of the Cornell University Food and Brand Lab.

Wansink says the typical person makes more than 200 decisions about food every day — but is not even aware of most of those decisions. Often, he says, environmental cues nudge us into eating more or worse than we otherwise would.

Listing calories on menus doesn't have the impact that healthy eating advocates are necessarily after, he says.

With all of these food decisions, it might seem that McDonald's is taking some of that choice away by including apples in Happy Meals. But, Wansink says, the choice has always been there.

"I think making it really obvious to people that they have the latitude to come up with the different combinations is good," he says. "In the past you could do that, but mainly only if you knew you were able to do that. Now, they're making that very bold and clear to people."

Given adequate information, can we be trusted to make healthy decisions about what we eat?

Marion Nestle is a professor of nutrition and food studies at New York University and the author of three books, including her most recent, What to Eat. She says there should be a common American interest in making sure all our food options are healthier.

"People don't really have a lot of control over what they eat," Nestle says. "So the idea of trying to get people to ... change their behavior around diets is to try and make it easier for people to eat more healthfully."

Studies show that nutrition and food labeling don't make a lot of difference in what people buy on average, Nestle says. But, she says, it does make a difference to people who pay attention.

"What that means is, the next step on the education side is to try and get [more] people to pay attention to calories," she says.

Nestle says what needs to change is our default eating habits.

"Right now, the default is junk food. How about making the default healthy food?" she says. "People can always order junk food if they want to; nobody is stopping them from doing that."

Of course junk food has its place in American diets, Nestle says. What we want is healthy foods to be most of what people are eating, and junk foods to be an occasional treat as originally intended.

"Nobody ever thought that fast food would be what people ate every day," she says.

Helmet and seatbelt laws were created to help people not make the dangerous choice of not wearing them. With food, Nestle says, there's no reason why that regulation should be any different.

"We do things as a society to try to help people make healthier choices," she says, "and that works for food as well as for all of those other things."