Accessibility links
Betting On Food Prices May Sell The Hungry Short Sunday was World Food Day, an event intended to increase awareness of problems with global hunger. This year, a lot of people don't have enough to eat, but the cause is not the shortage of food, it's the price. 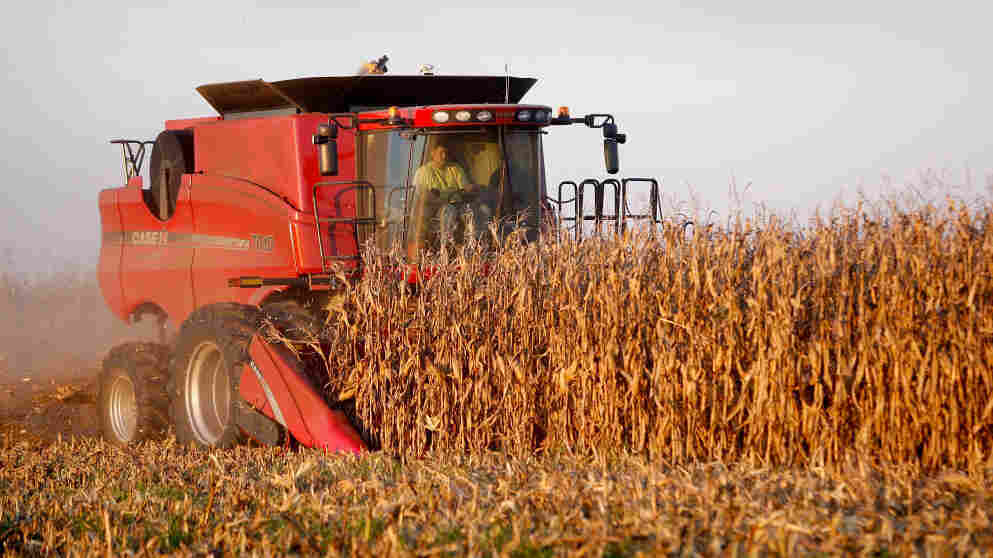 For speculators, food is a commodity to trade, not eat. 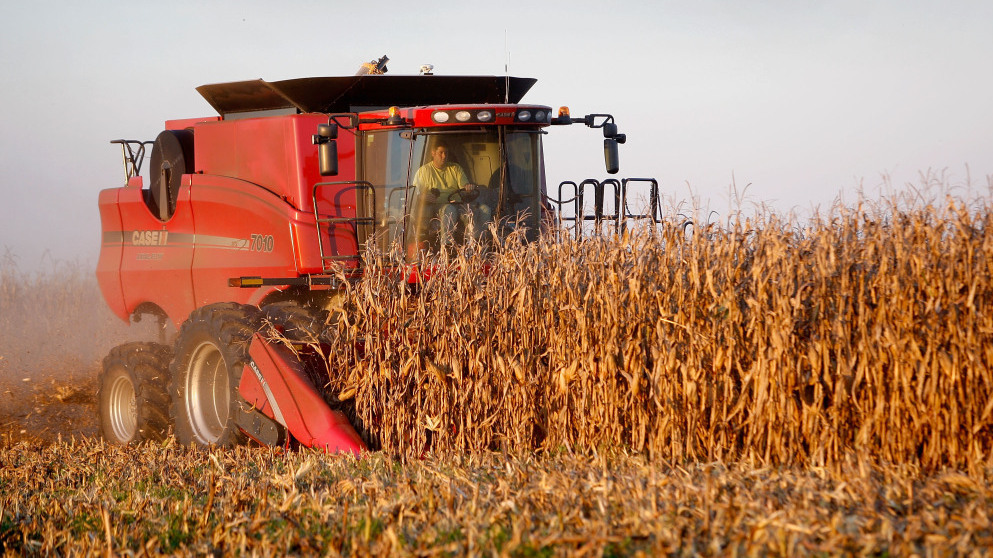 For speculators, food is a commodity to trade, not eat.

Speculators in the agricultural commodities markets are forcing grocery prices to rise too quickly and erratically, according to some top economists marking World Food Day on Sunday.

They called upon the U.S. Commodity Futures Trading Commission to crack down on speculators who have been buying large amounts of corn, wheat, soy and other commodities, hoping to make a profit. The economists argue that increased trading is a significant part of the reason grocery prices are higher this year.

And grocery prices are indeed up this year. For example, in August, the average price of bread in U.S. cities was up 17.4 percent over last year, while milk was up 12.4 percent, according to the latest report from the Bureau of Labor Statistics.

Brandon Kliethermes, an agriculture economist with the forecasting firm IHS Global Insight, agrees that speculators do increase volatility — exaggerating price moves up and down.

"These markets have been bouncing around quite a bit for the past year now," Kliethermes said.

But not everyone agrees price speculation is the root of the problem. Economists have yet to find clear evidence that financial speculation can change food prices over time. Searching data for any meaningful price manipulation is very hard to quantify, Kliethermes said.

"You can't really point a finger at speculators," he said.

And next month in France, the subject will be in the spotlight at a summit involving top leaders of the G20 — a group of the world's biggest economies. The host, French president Nicolas Sarkozy is pushing for tighter controls to stop speculators from betting on crop prices.

The issue centers on whether commodity exchanges are now hurting food prices when, in theory, they should be helping hold down grocery prices. Here's how it's supposed to work:

Say a company needs corn to make corn flakes. It could go to a commodities exchange and agree to buy corn at a particular price, spelled out in a contract. Having a known price would allow the cereal maker to go forward with plans to produce and sell corn flakes.

The company might get a lower price if it waits longer to buy corn, so locking in a price involves some risk. But on balance, the deal makes good business sense: the cereal maker gets certainty about the price of corn, and the farmer gets certainty about the price he'll get for his crop. And consumers win because such transactions smooth out risks. That reduction in risk encourages people to become farmers and companies to make corn flakes — everyone wins.

But speculators have been pouring into the commodities market, hoping to make more money there than in the stock market. A UN report shows that money invested in food commodities shot from $13 billion in 2003 to $260 billion just five years later.

These financial speculators buy and sell contracts, but never grow corn or make corn flakes, according to Alan Bjerga, author of a just-released book, Endless Appetites — How the Commodities Casino Creates Hunger and Unrest.

Among the speculators, "no one ever takes delivery of the grains," Bjerga said. It's just paper being passed back and forth among investors betting on price moves.

Critics say food should not be traded like gold or stocks, purely for financial gain. Their demands for change are being made on World Food Day, an annual event marking the 1945 launch of the Food and Agriculture Organization of the United Nations (FAO).

The U.N. agency tracks — and tries to end — hunger around the world. Many fast-developing countries, especially in Asia, have made dramatic progress in recent years. Still, hunger remains the world's No. 1 health risk, killing more people than diseases such as HIV/AIDS, malaria and tuberculosis.

FAO reports that about 925 million people do not have enough to eat, with the worst problems being concentrated in South Asia and sub-Saharan Africa.