Accessibility links
The Nation: The High Cost Of Anti-Immigrant Laws In Georgia, HB 87 is a "giant scarecrow" for immigrant labor, and the result has been hundreds of millions in lost crops. The Nation's Sean Sellers and Greg Asbed show the real effects of immigration policy.

The Nation: The High Cost Of Anti-Immigrant Laws

The Nation: The High Cost Of Anti-Immigrant Laws 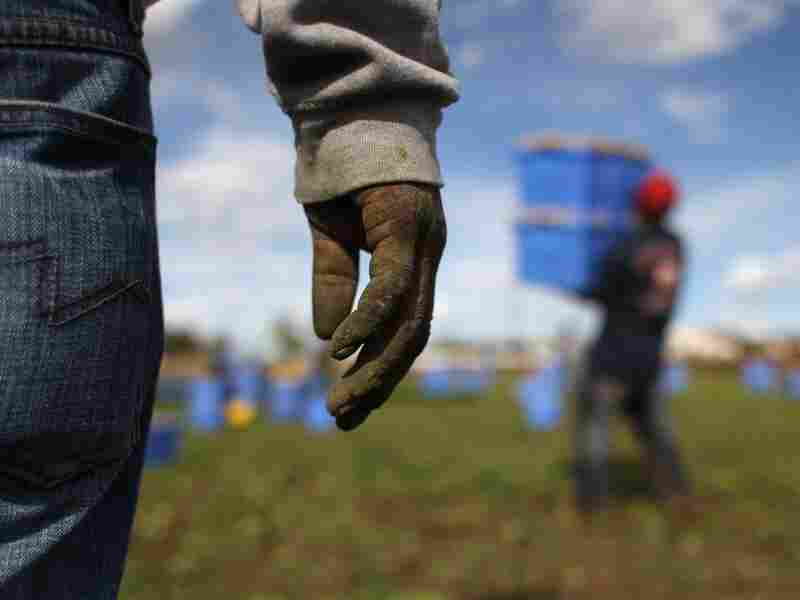 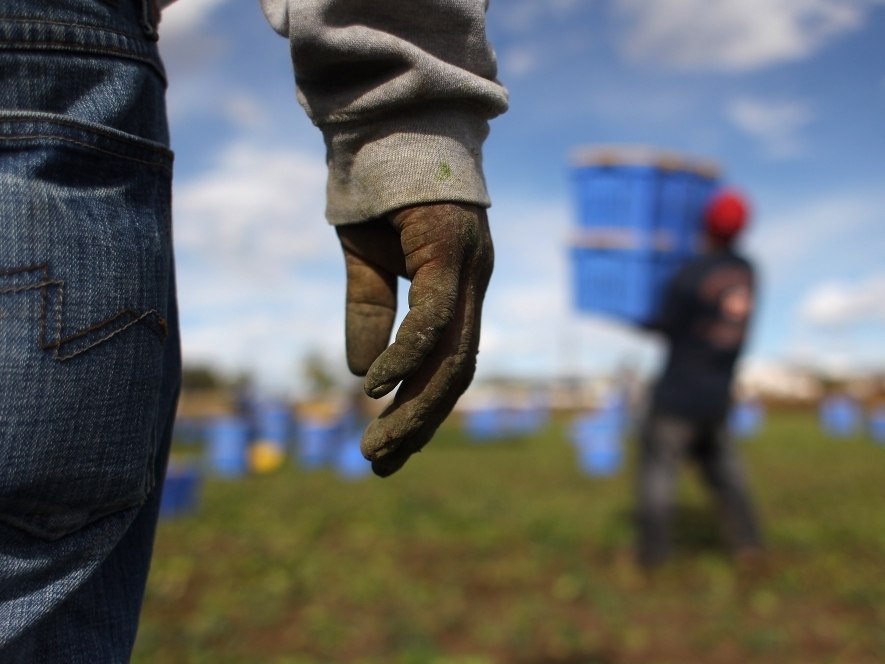 Read Another Opinion On The Politics Of Immigration

Sean Sellers, a former Kellogg Food & Society Fellow, and Greg Asbed, co-founder of the Coalition of Immokalee Workers, have harvested watermelons in Florida, Georgia, and Missouri.

This past summer, the Econo Lodge off Interstate 75 in Tifton, Georgia, where we and other watermelon harvesters from the Coalition of Immokalee Workers (CIW) have stayed on and off since 1997, was eerily quiet. Gone were the sweat-soaked shoes piled outside motel rooms, and gone were the workers hanging out during their evening downtime, chatting casually or talking to their families on pay-as-you-go cellphones. In their place, a phone card salesman at the hotel's front desk told anyone who would listen that his sales had dropped by at least 50 percent this year.

It was mid-June, and we were in town for the watermelon harvest, but we might as well have walked into a ghost town, thanks to Georgia's recently signed Illegal Immigration Reform and Enforcement Act, otherwise known as House Bill 87. And thanks to HB 87, a copycat law of Arizona's infamous SB 1070, millions of pounds of watermelons were left to rot in the fields this summer—along with peaches, blackberries and cucumbers—as many of the most dependable and experienced farmworkers steered clear of Georgia and headed north for friendlier states, prompting an epic farm labor shortage in Georgia and desperate howls from its planters.

A similar story is unfolding in neighboring Alabama, where a federal judge recently upheld most provisions of an even more draconian bill, championed by Governor Robert Bentley as "the strongest immigration law in the country." The ruling spurred frantic midnight evacuations, as immigrants fled rural towns across the state, leaving a trail of abandoned homes and businesses. Alabama tomato growers, among others, have decried the law's swift and deleterious impact on the farm labor market.

The Alabama law makes it a crime for immigrants to not carry proper documents and forces public schools to determine students' legal status. It also broadens the power of local police to investigate people's immigration status during routine stops. In Georgia similar provisions were designed to target people suspected of a crime, including simple traffic violations, and who cannot produce proper identification.

Under both states' laws, starting next year, employers will be required to use the federal E-Verify system—an online tool provided by the Department of Homeland Security and the Social Security Administration—to determine their employees' legal status. In Georgia any worker who uses false documents to get a job could face up to fifteen years in prison and $250,000 in fines. Businesses that don't comply risk losing their license.

But states considering similar legislation should look at what happened this past summer in Georgia as a cautionary tale. Even before it took effect, in July, Georgia's harsh new law prompted workers to avoid the state just as its summer crops were coming ripe. Bryan Tolar, president of the Georgia Agribusiness Council, described it as "the equivalent of a giant scarecrow in the middle of a cornfield." This continued even as its most controversial provisions—including a section allowing police to investigate the immigration status of people who have not been arrested—were put on hold by a federal judge while a lawsuit challenging the bill's constitutionality made its way through court. Replacement workers proved scarce, and those locals who showed up for duty lacked the hard-earned skills for the job. The result: an estimated $300 million in lost crops, with potential losses ofâ€¨$1 billion for the season for the state's agricultural sector.

How did Georgia come to suffer such a painful, self-inflicted wound? The proximate cause is the intoxicating power of spreading anti-immigrant sentiment, fanned by incendiary Tea Party–style politics, which have found fertile ground throughout much of the South. HB 87 played an important role in Georgia's gubernatorial election and was strongly supported by the Republican candidate, Nathan Deal; as Georgia's new governor, he proudly signed HB 87 into law. Many Georgia farmers supported the law as well. Sixth-generation blackberry farmer Gary Paulk was chair of Deal's gubernatorial campaign in Irwin County, next door to Tifton. He told Time magazine in June that he stood to lose $250,000 for the summer because of the labor shortage, adding, with no apparent self-awareness, that he finds the law "appalling, because they didn't think through the implications, at the farm level."

But like most things in the South, the roots of this particular problem run deep, into a long regional history of undervaluing agricultural labor. Georgia's leaders (and much of its agricultural industry) were confident that replacement workers could be hired without a hiccup in the harvest. This particular confederacy of dunces believed their own rhetoric and are now paying the price. And from the look of things, it really hurts when you shoot yourself in the foot.