Accessibility links
The Sad Lesson Of 'Body Snatchers': People Change Science-fiction writer Jack Finney would have turned 100 this month. Critic Maureen Corrigan says he had a knack for tapping into our shallowly buried psychological anxieties. At its core, Finney's Invasion of the Body Snatchers is about how our loved ones inevitably change — and it is as sad as it is scary. 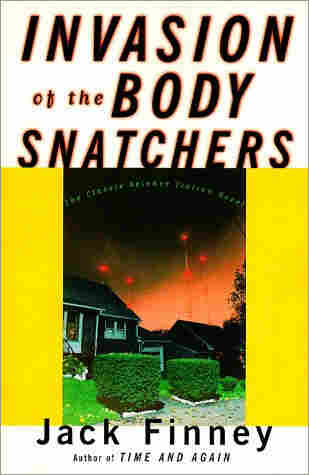 Invasion of the Body Snatchers

Sometimes the stories that stay with us aren't the classics or even all that polished. They're what some critics call "good-bad" stories: The writing may be workmanlike and the characters barely developed, but something about them is so potent that they're unforgettable — so unforgettable they can attain the status of myth.

I've long wanted to give a nod to one of these "accidental myth-makers," novelist and short-story writer Jack Finney. The fact that Finney would have turned 100 this month gives me an occasion. Finney started out in advertising before he became a science-fiction and suspense writer, and maybe that background accounts for the pithiness of his writing and the intensity of his images — images that bore into your brain like a parasite. Who's Jack Finney, you may ask? The two-word answer is: "Pod People."

In 1954, Finney published a serialized novel in Collier's Magazine called "The Body Snatchers"; later paperback editions altered the title to Invasion of the Body Snatchers. The novel was dissed for its plot inconsistencies, and the "B" movie that was made of it in 1956 was largely ignored by critics. That same movie was selected in 1994 for preservation in the National Film Registry by the Library of Congress.

Three serious remakes have been made, as well as a bunch of dopier imitations like the 2007 direct-to-DVD opus, Invasion of the Pod People, in which aliens take over the bodies of presumably heterosexual women and turn them into lesbians — perfect for viewing during October, LGBT History Month!

Parodies also abound of Finney's classic tale, among them, "Invasion of the Muppet Snackers" and "Invasion of the Bunny Snatchers" starring Bugs Bunny. The term "pod," used to connote a blank person, has become so much a part of everyday speech that even people who've never seen the movies or read Finney's novel know the gist of the nightmare he gave to America.

It unfolds as follows: In a sunny California town that Finney calls "Santa Mira," some residents have started acting so strangely — flat affect, robotic speech — that their loved ones believe them to be "imposters." To his horror, the town doctor, Miles Bennell, discovers that giant pods from outer space have been colonizing the town, replicating people's bodies and memories as they sleep. Feelings are the only human dimension the alien pods can't absorb. One by one, the human holdouts succumb to sleep and erasure, until only Miles is left to warn the rest of the country. 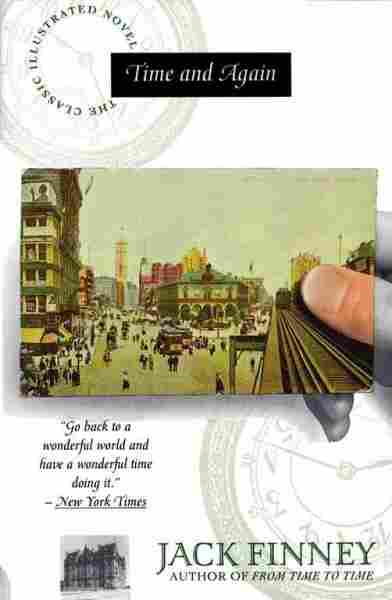 Ever since Finney's novel and the first film version appeared, critics have been generating theories about why this story has taken root, so to speak, in our collective imagination. The pods seem to mean all things to all critics; lately, a post-colonialist interpretation of the pods as imperialists is popular. But, given the 1950s context, the pods are most commonly seen as either symbols of the "Communist Menace" or, conversely, of McCarthy-ite group think.

Finney, himself, always insisted that his book wasn't "a Cold War novel, or a metaphor for anything. I wrote it to entertain its readers, nothing more." Maybe, but, like so many other great genre writers — James M. Cain, Shirley Jackson, even (shudder) Mickey Spillane — Finney had a knack for unearthing shallowly buried psychological anxieties. His work — and I'm thinking here also of his haunting New York City time-travel novel, Time and Again — is suffused with a sense of nostalgia, loss and powerlessness.

People we love can change, Invasion of the Body Snatchers tells us, and sometimes that change is terrifying: Lovers turn inexplicably cold; elderly parents succumb to dementia, Alzheimer's. People may look the same on the outside — they don't turn into vampires or zombies — but inside they're vacant. That's why Finney's myth of "pod people" really hits home, why it's still one of the saddest scary stories ever told. When we read about or hear Miles Bennell shouting "You're next!" on that nighttime highway, we know he's right. And there's nothing any of us can do about it.