Accessibility links
Herman Cain's 9-9-9 Plan Gets A Closer Look Republican presidential candidate Herman Cain is surging in the polls. He credits his success to three numbers: 9-9-9. Tax experts say the plan would most likely cut taxes for the rich and increase the burden on the poor and middle class substantially. 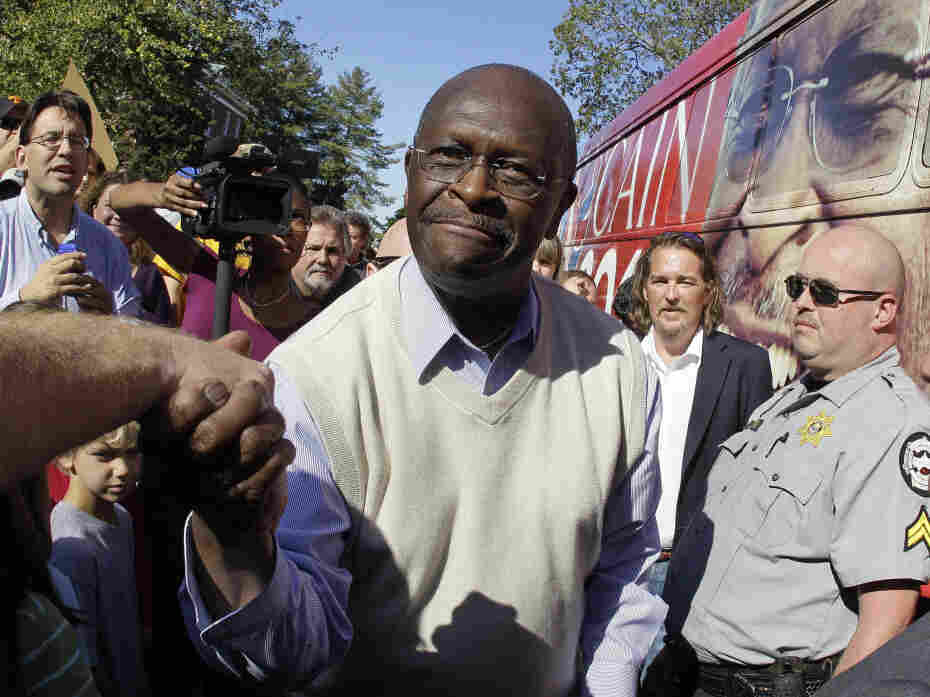 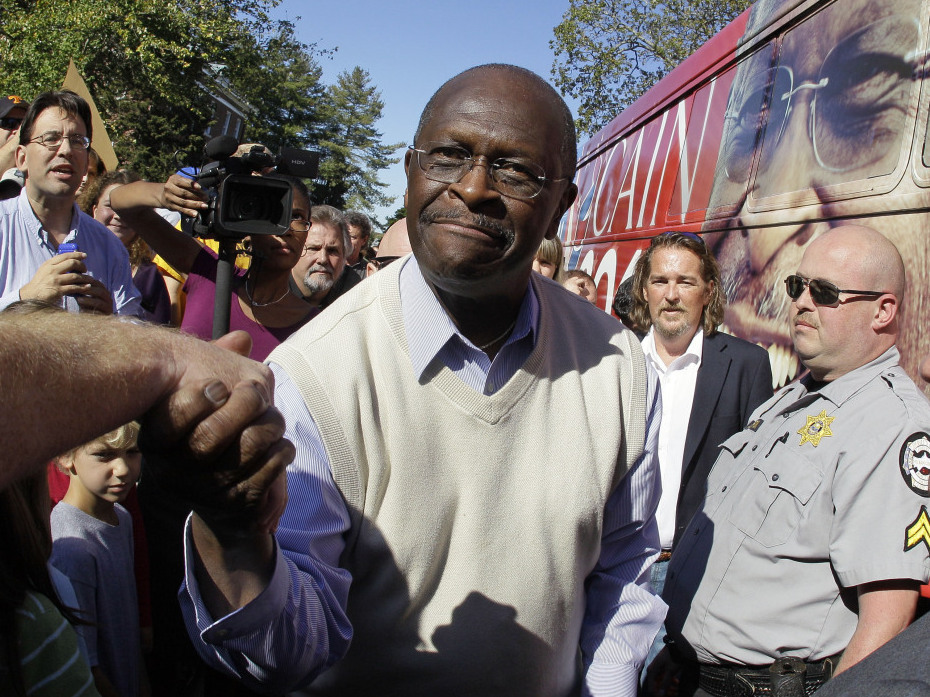 In the race for the Republican presidential nomination, Herman Cain has seen his popularity spike over the past couple of weeks. It was confirmed Monday, with a new CNN poll, showing him essentially tied with Mitt Romney at the front of the pack. Cain credits his success to three numbers: 9-9-9.

Cain wants to scrap the current tax system and start over.

"It didn't come off a pizza box," said Cain, the former CEO of Godfather's Pizza. "It was well-studied and well-developed because it will replace the corporate income tax, the personal income tax, the capital-gains tax, the death tax and most importantly the payroll tax."

All those taxes would go away, replaced by a three-layered system, taxing business income, personal income and consumption — each at 9.1 percent.

It's important to note that Cain's campaign hasn't released a ton of detail about the plan. The description of 9-9-9 on his website adds up to precisely 451 words, which is 39 more words than last week. Requests for further information from the campaign and its chief economic adviser got no response.

"What he's trying to do is to broaden the base and lower the rate. And that's what these do," says Gary Robbins, president of Fiscal Associates in Northern Virginia. He was hired by the campaign to do an independent analysis of the plan and he doesn't speak for the campaign.

"I guess I would have picked a different mix maybe and I might have done it a little bit differently than he did, but there's nothing wrong with what he said," Robbins says.

In today's tax code there are lots of exceptions and deductions — like the mortgage interest deduction, the child tax credit, and the earned income tax credit for low income households. Cain would get rid of those too. His only deduction would be for charitable contributions.

Sales tax would apply to everything including milk, bread and medicine. The only things that wouldn't be taxed are used goods, like used cars and existing homes. Robbins says as a result Cain's plan would be able to raise as much money as the current tax code.

"The thrust of what he said is correct," says Robbins. "You can in fact drive the rates way down if you're willing to allow all the special dispensations that we grant these days to go away."

Robbins' written analysis, though, differs in significant ways from what is on Cain's website. Robbins assumes a tax break for all poor people, while the website doesn't.

The Cain plan has sent some of the nation's top tax wonks into overdrive, analyzing what it would mean for taxpayers. Edward Kleinbard, a law professor at the University of Southern California and a former chief of staff for the congressional Joint Committee on Taxation, just wrote a paper about 9-9-9. His conclusion?

He says under Cain's plan, a family earning $120,000 a year would see its after-tax disposable income drop by about $500.

"Basically from that point down, most everybody is worse off, and the further down the income ladder you go, the extent to which a family is worse off under the Cain plan increases dramatically," says Kleinbard.

For a family of four earning $50,000 a year, Kleinbard says the hit would be about $5,000 under the 9-9-9 plan. Cain told NPR last week that same family would be better off, but several tax experts disagree. Roberton Williams, a senior fellow at the Tax Policy Center, says for the lowest-income Americans, the tax hit under 9-9-9 would be even more substantial.

On NBC's Meet the Press yesterday, Cain admitted that some people wouldn't be better off.

"Some people will pay more. But most people would pay less is my argument," said Cain. When asked who will pay more, he said, "the people who spend more money on new goods."

Economists say generally people who make less money spend a larger share of their income on food and other essentials. Cain suggests that even if this is true, they can change their behavior and purchase more used items.